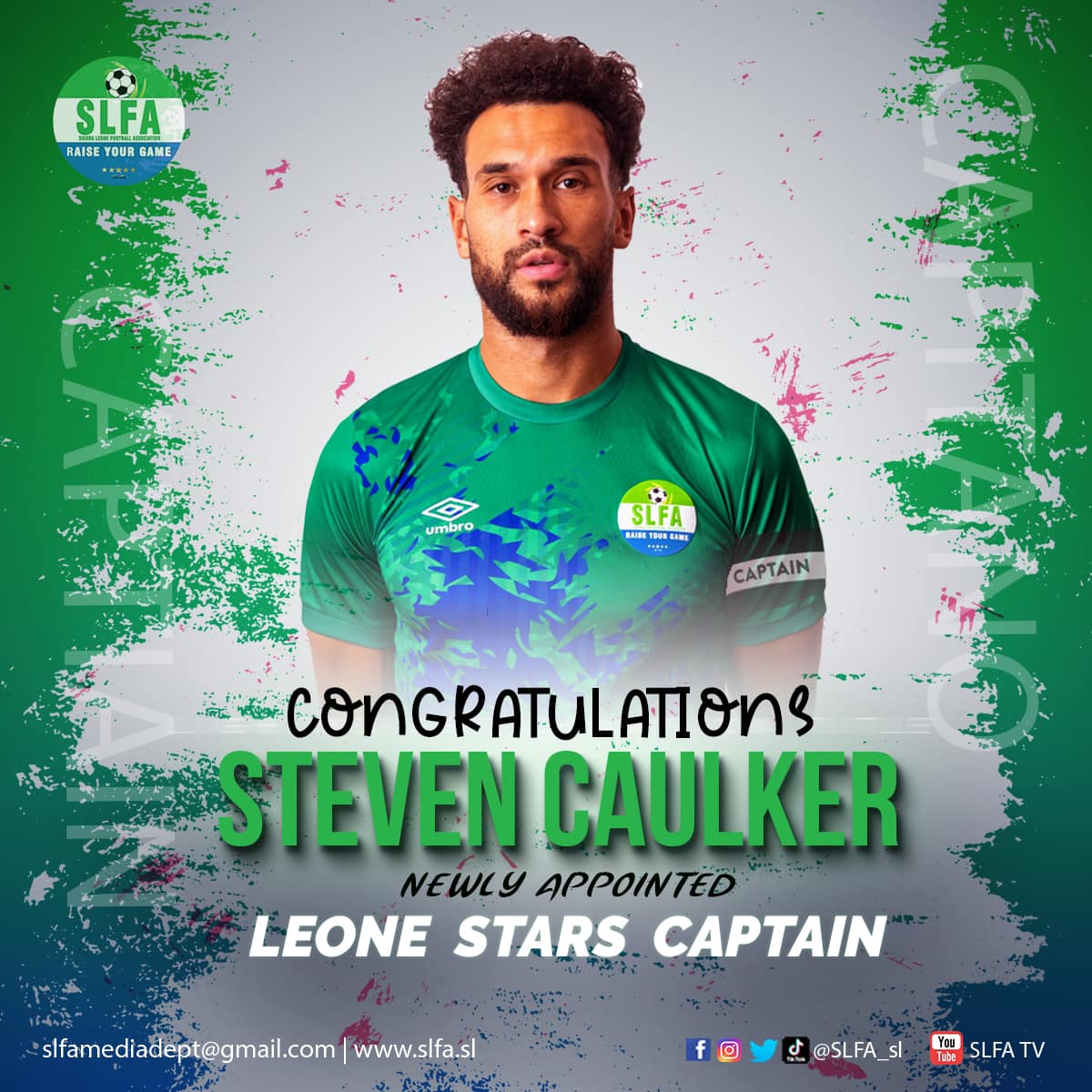 Former England and Tottenham Hotspur defender, Steven Roy Caulker has been appointed as the new captain for the Sierra Leone National Football Team (The Leone Stars).

Caulker, 29 is replacing Umaru Zangalay Bangura, who served as captain for the team for a long time and led them in the just concluded Africa Cup of Nations tournament. The defender is currently playing for the Turkish Super League side Gaziantep.

In 2021, Caulker asked for a switch of allegiance from England to Sierra Leone, the homeland of his grandfather, and was later granted. He made his international debut for Sierra Leone in the 2022 Africa Cup of Nations in Cameroon. His performance and leadership characters were extremely well composed and that is one reason which led to his appointment as of today.

Before now he had played for England in a friendly match against Sweden but was eligible to play for Sierra Leone through the lineage of his grandfather.

Throughout his career, Caulker has played for Cardiff City, Liverpool, Dundee, Tottenham, and Alanyaspor. He had also represented Great Britain at the 2012 London Olympics.