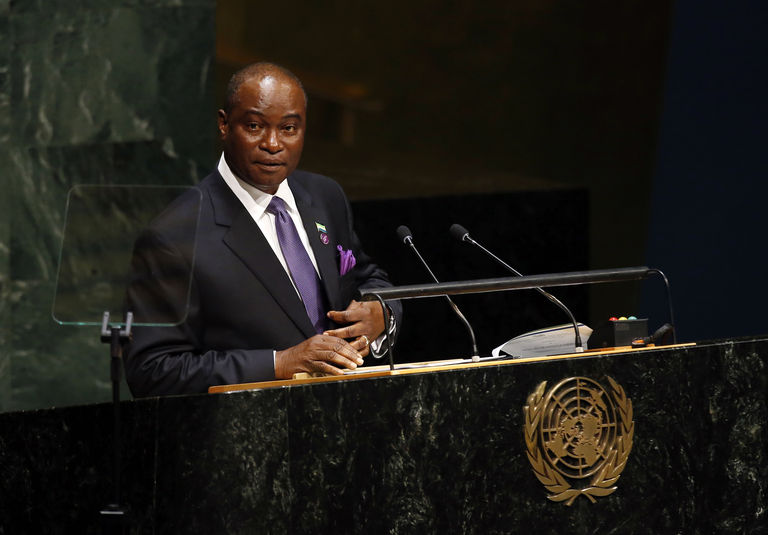 The Anti Corruption Commission of Sierra Leone has on November 25, 2021, indicted the 2018 opposition presidential candidate Dr. Samura Wilson Kamara and five others.

They were indicted on allegations of various counts of corruption which involves USD 4.2 million meant for the renovation of Sierra Leone’s chancery building in Manhattan, USA. The others include the head of the chancery and the former and current financial attachés at the country’s mission to the United Nations in New York.

According to a press release from the Anti Corruption Commission, Dr. Samura is charged with two counts including misappropriation of public funds amounting to $2,560,000 meant for the chancery building’s reconstruction, by then he was serving as the foreign minister of Sierra Leone.

However, Dr. Samura and his legal team are studying the indictment and have denied any wrongdoing. According to a short statement released by Dr. Samura’s media team, they state that in his “forty years of public service, his unblemished character has never been questioned both at national and international levels”.

A few weeks ago, hundreds of Dr. Samura’s supporters gathered in front of Anti Corruption’s Commission headquarters in Freetown and protested over his questioning, saying that it was politically motivated. The supporters were dispersed by police after they had some battle.

Meanwhile, Dr. Samura and others are set to appear in court on December 10, 2021.