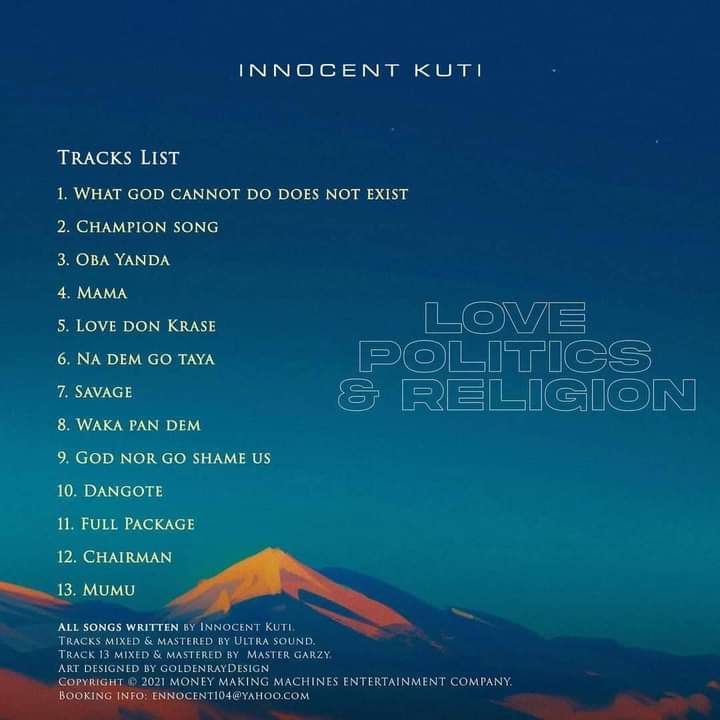 Love, Politics & Religion is a 13 track album that contains love, social, inspirational and political songs just as the title implies.

However, there has been a lot of anticipation on track number 13 titled “Mumu,” a song that talks about the struggles of the Sierra Leonean populace under the present government of President Julius Maada Bio.

Innocent Kuti, originally named Prince Kuti George, is one of the most consistent Sierra Leonean singers since the early 2000s. Go check his album now across different streaming platforms.