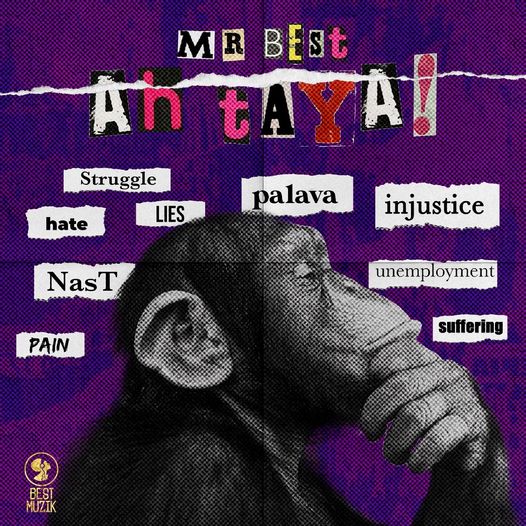 “Ah Taya” is the latest single from Mr. Best.

The song, which was released on June 4, 2021, addresses the social, political, and mental plights faced by local Sierra Leoneans every day. “Ah Taya” is a Krio phrase that means “I’m exhausted” in English. It’s the first single for Mr. Best this year and was produced by Ransom Beat.

Last year, Mr. Best released his first mixtape playlist titled ‘Wan Yai Shooter’, produced by Thy Yung. It has made waves across many streaming platforms. He has collaborated with different artists and entertainers in Sierra Leone and the diaspora, with the likes of Drizilik, Shadow Boxxer, Thy Yung, Master Rell, TBJ, Menace D General, Prodigy, and many others.