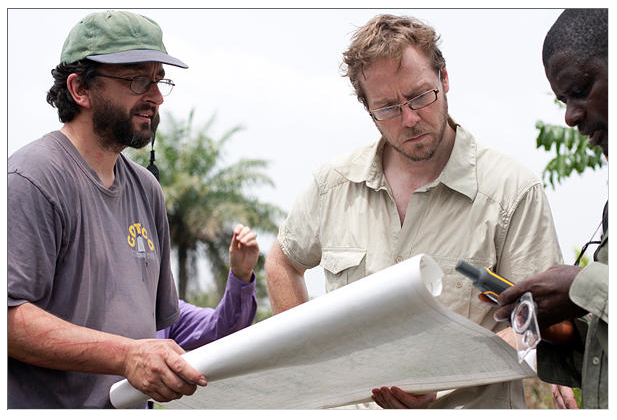 After logging, slash and burn, and ‘development’ Sierra Leone only has 4% of its initial rain forest left. And according to a recent article in the Christian Science Monitor new mining prospects could reduce this even further.

The Kangari hills are a 21,000 acre 90-year-old  forest reserve home to endangered chimps and elephants. The government of Sierra Leone has given Cluff Gold a company based in the UK license to start digging for gold in an area that environmentalists and UN experts say is well within the boundaries of the Kangari Hills demarcated back in the 1920s during British colonial rule. But today, Cluff Gold says that it has found up to 3 million ounces of gold there worth an estimated $5 Billion.

The Minister of Mineral Resources believes that there is enough forest for the mining to continue in the protected area. “We are not going to stifle major economic areas because of forests,” he was quoted as saying.

Excerpt from the full article:

A boon for meager budget

Tax revenue from the export of all of that gold could mean more money for schools, roads, hospitals, and the meager power grid in this infrastructure-poor country. The total government budget in Sierra Leone last year was just $475 million – or about one-fifth of the size of the budget of the city of Boston.

But all of that gold doesn’t come without a price. The mining process will require the use of harsh chemicals like cyanide and caustic soda, some of which will be collected in an open tailings pond that will sit just next to a local village. And the mine will leave a huge scar on the land.

Liberia, Sierra Leone move up in Ibrahim Index but the latter is last for Human Development in West Africa

"For Coloured Girls" heads to Nigeria

For the resident’s of Freetown, the World Cup...