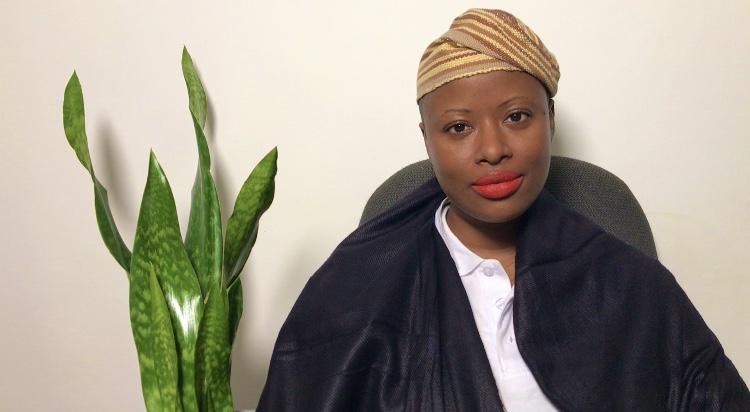 Long before the 2018 March Elections I believed we needed a change of government. Sierra Leone had strayed from the path to progress. Beyond a desire for my homeland to be a reference for Africa Rising I didn’t have a stake in the outcome of the elections. On the contrary, I knew my father’s business would suffer if APC was no longer in power (the contracts that he bid and won under this Govt…cancelled as soon as someone whispered “na APC”)—but I also had to acknowledge that no to mi wan get papa. What about the future fathers who would suffer if Sierra Leone continued with the same APC leaders who had set us on a downward trajectory?

I was so convinced about the need for change that I put myself in harm’s way to say so.

When President Bio was sworn in, ah bin gladi! I felt triumphant, validated—the people’s will had been done. We could now set sail for a new direction towards progress from which we had begun to divert since 2012.

Today in the middle of the pandemic, I have awoken from my make believe elections fairy tale. While I was right about the need for change: the value I placed on the election was overstated. Sierra Leone is a startup democracy, elections alone won’t bring change.

Since the elections, I have watched the smoke of change rise up: dark clouds in the distance but I’ve yet to see the light.

Ever so often there are embers of progress…like the Commission of Inquiry on corruption by past government officials; but then the Ministry of Finance pays these same officials “their benefits” while frontline health workers go weeks without pay—Terrible timing a sign of misplaced priorities.

President Bio closes the airport, he demonstrates swift resolve before we even get our first case of Covid-19—Great move! My heart swells with pride (cause I know how we fumbled ebola with delays); but then the Ministry of Health & The Covid Response set up Covid-19 treatment centers without bedsheets, or functioning thermometers, purchased cars before medical tools—If dem bin full the car with supplies e foh bin betteh!

A year ago Sierra Leone exported its first iron ore in almost 4 years—Hurray! A couple months later, NMA and Ministry of Mines with their misguided “foh Salone” self righteousness and inflated egos take actions that land us in international courts (government loses all cases and the MCC Compact)—Millions of dollars we have lost pan over sabi.

In a startup democracy even when elections are free and fair they are only a thermostat to measure citizen satisfaction. What matters for places like Sierra Leone is not elections rather what happens in between the vote. Does the country have the ecosystem for the startup democracy to thrive? Can citizens hold the government accountable? Is there a strong system of checks and balances to ensure that the powers of the various arms of government function as they should? And most importantly do citizens know how to get their officials to serve them?

Elections here bring in new leaders but they don’t increase accountability. And that is where the possibility for progress lies.

Officials view citizen dissent as insolence. They think we work for them and not the other way round—you may be appointed as it pleases His Excellency the President but your actual job is to serve the people as you strive to make the promises made in your manifesto a reality.

The way officials respond to citizen needs  is with gaslighting—we know we are suffering but officials repeatedly tell us that we are doing well. They say donors and consultants paid by donors who don’t vote here, who don’t suffer here have given them thumbs up. We de get am nice.

Over the past 20 weeks I have interviewed 2-3 people weekly to understand their plight.

The answers they give are the same: We are not eating like we used to. Rice and soup is now just rice. Rice and soup is now garri. This isn’t in villages far away but right here in CongoTown, Murraytown, and Wilberforce Street—in the capital of Freetown. People carry their SLL 20,000 a day poverty privately like it is their own fault.

As I process these narratives, I get despondent. Last week I found myself thinking about the next election out of frustration. But is that what the answer is? The next election? Vote someone else in? Is this how we transform our country? Put all wi all tin pan election every 5 years?

Elections are not the answer. I do not regret how I voted in 2018. Given the chance to do it again knowing what I know today, I would still vote for a change of leadership.

What I would do differently however is to eschew the personal celebrations of March 2018 because elections only give jobs to supporters of the winning side.

The change that we went to the ballot to vote for, can only happen if citizens have ways to redress grievances without fear of retaliation, and if they are willing to challenge the policies that are counter to our wellbeing.

As we get further along into the Paopa years and their policies unfold we must continue to exert pressure to increase accountability in decision making. Apathy—where we say leave them to themselves because we don’t get our way or “change” doesn’t happen fast enough is not an option.

We each must lean in as though we loaned money to this government to run our business. Da kine energy way wi kin put foh call debt—becoming monitoring spirits over those who owe us—that is the way we must engage with this and every government.  We have to make sure that the people we employ by voting in elections do the work we hire them to do: Make Sierra Leone Better for us all.