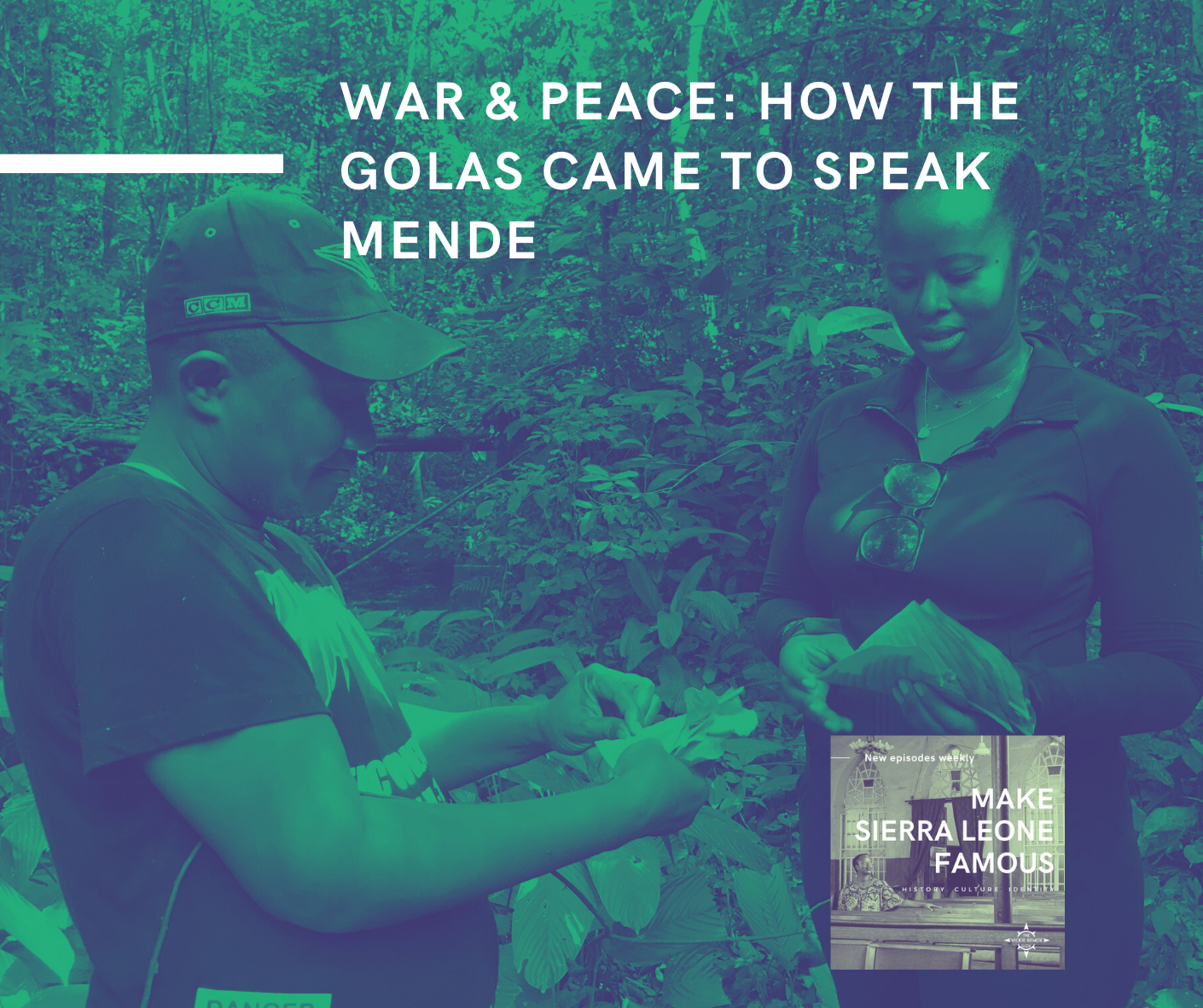 The Gola people of Sierra Leone were the original settlers of the area now known as the Gola Rainforest National Park in Kenema. They were later invaded by the Manes from the Mali Empire, who are the present-day Sierra Leone Mendes.

In the latest episode of the Make Sierra Leone Famous Podcast “War and Peace: How The Golas Came To Speak Mende”, Vickie Remoe is in conversation with Mohamed Lumeh, Gola Historian & Conservationist.

Here are 3 things you need to know about the Golas and the Mendes of Sierra Leone from Episode 3 of the podcast.

To learn more about the Golas and the Mendes of Sierra Leone, check out the Make Sierra Leone Famous podcast now available on Itunes and Spotify. Click here to listen the full episode and don’t forget to subscribe.