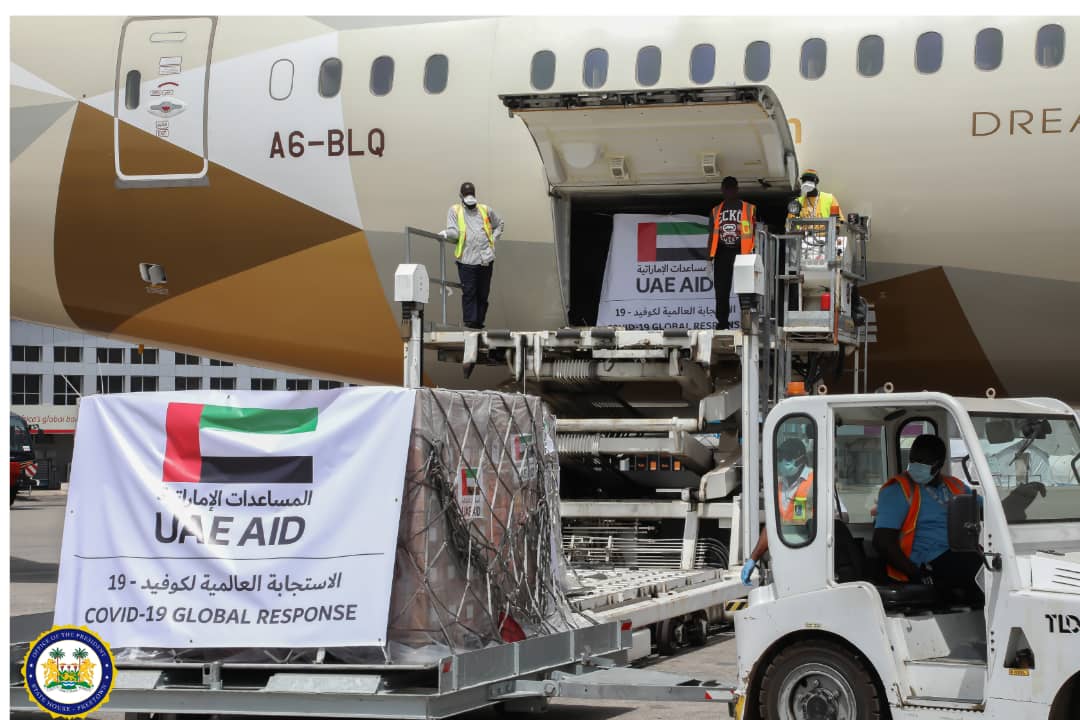 The Vice President of Sierra Leone, Dr. Mohamed Juldeh Jalloh has on behalf of the President today 11 May 2020 received United Arad Emirate’s Anti-Coronavirus Medical Supplies from the Crown Prince of Abu Dhabi at the Lungi International Airport.

Receiving the items on behalf of the President, the VP Jalloh commended the Crown Prince for the gesture, saying that it is demonstrative of the strong bilateral ties between the two countries.