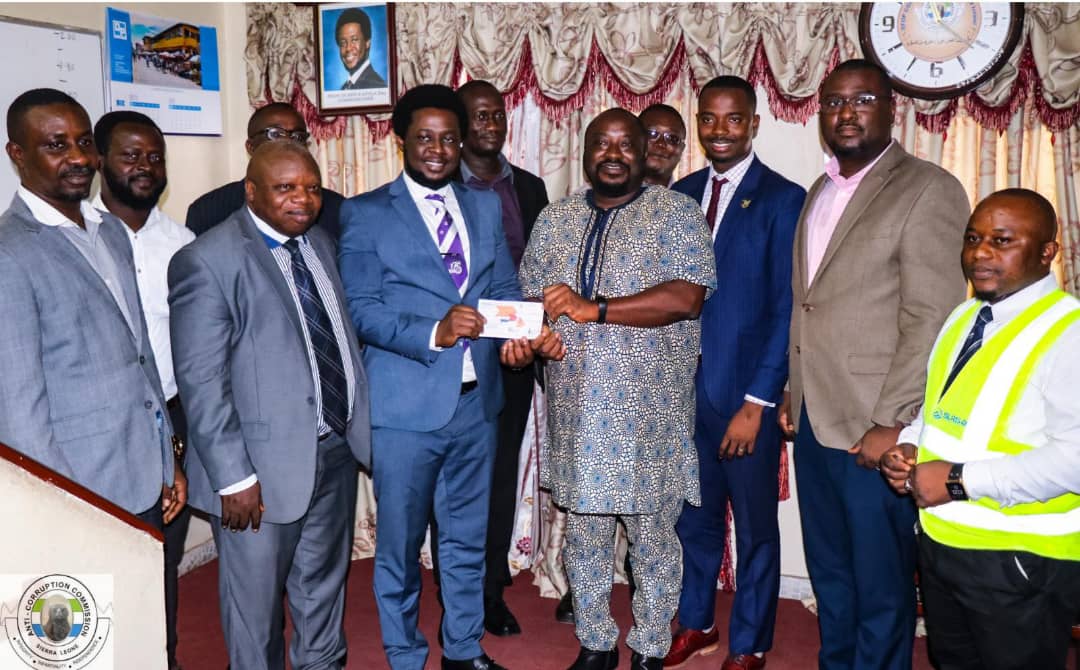 The Anti-Corruption Commission (ACC) has recovered and presented a cheque of le 485 Million to Sierra Leone Road Safety Authority (SLRSA).

The recovery was from owners of heavy-duty machinery, mobile cranes and trucks who failed to register or renew their licenses, the presentation was done yesterday 16 March at ACC’s Gloucester Street Office.

Last December ACC received a complaint from SLRSA’s Deputy Executive Director, Mr. Ibrahim Sannoh that certain owners of heavy machinery/vehicles, mobile cranes and trucks owed them but still did business in the country. SLRSA needed the Commission’s support to recover their fees.

ACC after receiving the complaint compiled a list of defaulters with the SLRSA’s assistant after which they located the companies to verify the data that had been received from SLRSA. The total outstanding debt amounted to le 610,000,000.

The Executive Director Mr. David Panda-Noah  commended the ACC for a job well done with an unquestionable result, as was promised by the commission after receiving the cheque.

Panda-Noah said they will continue to strengthen their relationship with the commission and will do everything within their abilities to promote the National Anti-Corruption Campaign.

Kaifala emphasized that the collaboration with SLRSA is very significant as it yielded a positive outcome. He thanked the leadership of the SLRSA for their efforts and commitment and for believing in the ACC to assist them in their efforts.

The ACC has in December of 2018 recovered le 75 Billion from corrupt individuals and presented it to H.E Julius Maada Bio.