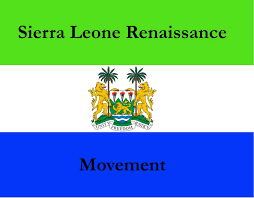 Following the release of the much-anticipated reports of the Commissions of Inquiry (COI) and the accompanying government white paper on the 25th September 2020, the Renaissance Movement-Sierra Leone (RMSL) has carefully observed with keen interest, the related happenings across the country.

The publication of the reports and the government’s white paper, which accepted most of the recommendations and findings of the COI, has put the country on tenterhooks. Having considered the views and opinions of a wide array of actors and keenly observed the events since the release of the COI reports, the RMSL has decided to register its position and make recommendations for all parties going forward.

The COI and the Renaissance Movement’s position:

The RMSL fully supports all well-intentioned, just, and fair efforts to hold public officials accountable and answerable for their stewardship at all times. We believe that this is not the first, nor should it be the last COI to interrogate excesses of officials of a past administration.

We applaud the acts of transparency that characterized the inquiries and we urge that indeed all other public accountability processes must continue along a similar trajectory of openness. We enjoin all supporters and champions of good governance in commending the government for establishing this fact-finding mechanism and hope that it serves its purpose of stonewalling impunity in governance.

However, the RMSL expresses our disappointment and dissatisfaction at some of the missteps that risk upending what could have been an excellent example of government accountability to the people.

RMSL concerns on the COI and the government white paper

Firstly, the investigations and evidence gathering process was erroneous. The Renaissance Movement believes that the apparent disregard to develop specific rules of procedure and evidence as required by the Constitution of Sierra Leone and the sometimes sloppy investigations have jointly contributed to clouding the findings with alleged inaccuracies and overshadowing the corresponding recommendations of the reports.

We note that the failure to adhere to fundamental principles and procedures during the investigations and inquiry (despite repeated calls and respectful demands by independent institutions such as the Sierra Leone Bar Association) seriously contributed to undermining what would otherwise have been a significant boost to the fight against corruption and malfeasance in government. We are as concerned with the chilling revelations contained in the reports as we are with the noticeable preventable errors in some parts of the process and the reports.

Second, it was an untrustworthy process. We believe that despite the many efforts and attempts by the government to generate and consolidate public trust in the COI process, notable utterances and certain actions by individuals and post-holders who ought to have displayed neutrality and independence significantly affected people’s trust in the inquiry. If people are to trust the process, it is imperative that government officials and appointees are seen to uphold same. This opportunity was missed during the inquiry.

Additionally, it contributed to worsening the cracks and deepening the divide. The RMSL is apprehensive that the COI reports and the accompanying white papers have failed to serve as a conduit for uniting the nation against corruption and misuse of public funds. Instead, we are deeply concerned that due to the many unforgivable errors in both process and products, some of the recommendations of the COI reports and positions of the government in the white papers have only succeeded in worsening the deep cracks in our society and further deteriorating any chance to narrow the Us versus Them political divide.

And finally, there were glaring omissions. The Movement is also puzzled by the blinding absence or apparent omission of certain senior officials of the previous administration in the Commissions’ reports and findings. Such omissions have not helped in building public trust and confidence in the process.

The Movement is disappointed at the unfortunate incident that took place in Makeni on 8th October 2020 the ACC was slated to interview former President Ernest Bai Koroma. Firstly, we find many of the statements and threats issued by individuals and especially political groups as wholly unhelpful and unnecessary. We condemn any act taken with a view to sowing further discord in the country. We are therefore saddened by the actions of some young people across the country who seem to have allowed themselves to be misused by politicians. We would like to remind our compatriots across Sierra Leone that their developmental destinies are in their hands and minds, not in the barricaded compounds of any politician.

We urge that the Makeni standoff should not be allowed to blight the long walk to accountability and probity in public service. The planned interview of former President Ernest Bai Koroma must proceed without hindrance in the nearest future. We strongly suggest that the ACC should not publicize the date, nor the place and time for the interview. This is not to suggest that their activities be conducted in hiding. It is simply to mitigate against miscreants who might want to deprive the former President from clearing his name and prevent the ACC from doing their job in an atmosphere of decorum. We therefore call on former President Ernest Bai Koroma to publicly denounce any form of chaos or disruption planned in his name, by his supporters or sympathizers across the country.

Recommendations to help prevent the slide into further political chaos

In view of the above therefore, and in respect to recent happenings, the Renaissance Movement would like to make the following recommendations: