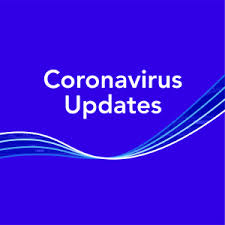 Iran’s Vice President Eshaq Jahangiri and two other cabinet members have been diagnosed with coronavirus. The Minister of Cultural Heritage, Handicrafts and Tourism Ali Asghar Mounesan and Minister of Industry, Mines and Business Reza Rahmani, are the two cabinet members said to have contacted the virus alongside the Vice President. Iran so far has 354 confirmed cases.

Apple shut down all its stores in Italy due to Coronavirus

All Apple stores in Italy have been closed until further notice due to the increasing number of infected coronavirus cases in the country. This was according to notices outside of their store in the country. The country had been put on lockdown on March 9, 2020, the lockdown will be uplifted on 25 March 2020.

The US restricts 26 European Countries from visiting

Hollywood Actor Tom Hank and wife Rita Wilson are in isolation after being confirmed with the coronavirus. Tom Hanks and his wife, Rita Wilson are in isolation in a hospital on Australia’s Gold Coast after being confirmed to have the coronavirus, Queensland state health officials said. Hanks and Wilson, who are both 63, are in Australia to shoot an Elvis Presley biopic. Work on the film has now been suspended.

The Armenian central bank said it would gradually replace used banknotes with new ones to try to prevent the spread of coronavirus and advised people to avoid making cash payments where possible. Armenia has recorded four cases of coronavirus, according to the health ministry.

Spain’s coronavirus death toll has risen to 84 on Thursday from 47 on Wednesday, according to Spain’s health ministry. The ministry reported the number of cases rose to 2,968 up from 2,140 on Wednesday.

South Africa’s Health Ministry has reported its first case of local coronavirus transmission. A 32-year-old man had contracted it after coming into contact with a Chinese businessman. All previous cases have come from patients who came from abroad.

Health officials in Malaysia and Singapore are trying to trace thousands of people who attended a mass religious gathering in Malaysia after a number of participants were confirmed with COVID-19. Malaysia’s Director General of Health Dr. Noor Hisham Abdullah says about 10,000 people were thought to have taken part in the event at a mosque on the outskirts of Kuala Lumpur, including a man from Brunei who was later confirmed to have tested positive for the coronavirus

The decision excludes health workers from the Philippines and India, and evacuation, shipping, and trade trips taking necessary precautions.

Thailand has reported 11 new coronavirus cases on Thursday. This has brought the total number of cases in the Southeast Asian nation to 70, health officials said. All the new patients had socialized and shared drinks, health officials said, adding that a tourist from Hong Kong had been the source of the infection.

“The Hong Kong tourist came alone and already went back. The 11 infected are all Thai,” said Sopon Iamsirithawon, director-general of the Communicable Diseases Department.

New York’s annual St. Patrick’s Day parade has been postponed because of the coronavirus, Governor Andrew Cuomo said. Hundreds of thousands usually line the streets of Manhattan for the parade, which was due to take place on March 17 this year. The organizers of the St. Patrick’s Day Parade in NYC have agreed to postpone the parade given the evolving Coronavirus situation. This is the first time the parade date has been disrupted since its inception in 1762.

Spanish Football Association suspends La Liga due to Coronavirus outbreak
The Spanish Football Association has suspended La Liga for 2 weeks due to the coronavirus outbreak. The decision to suspend the league was made after a member of Real Madrid’s Basketball team tested positive for the virus. In response to that Real Madrid released a statement that it will quarantine both players of the first team basketball and football teams including all personnel working in Real Madrid city.