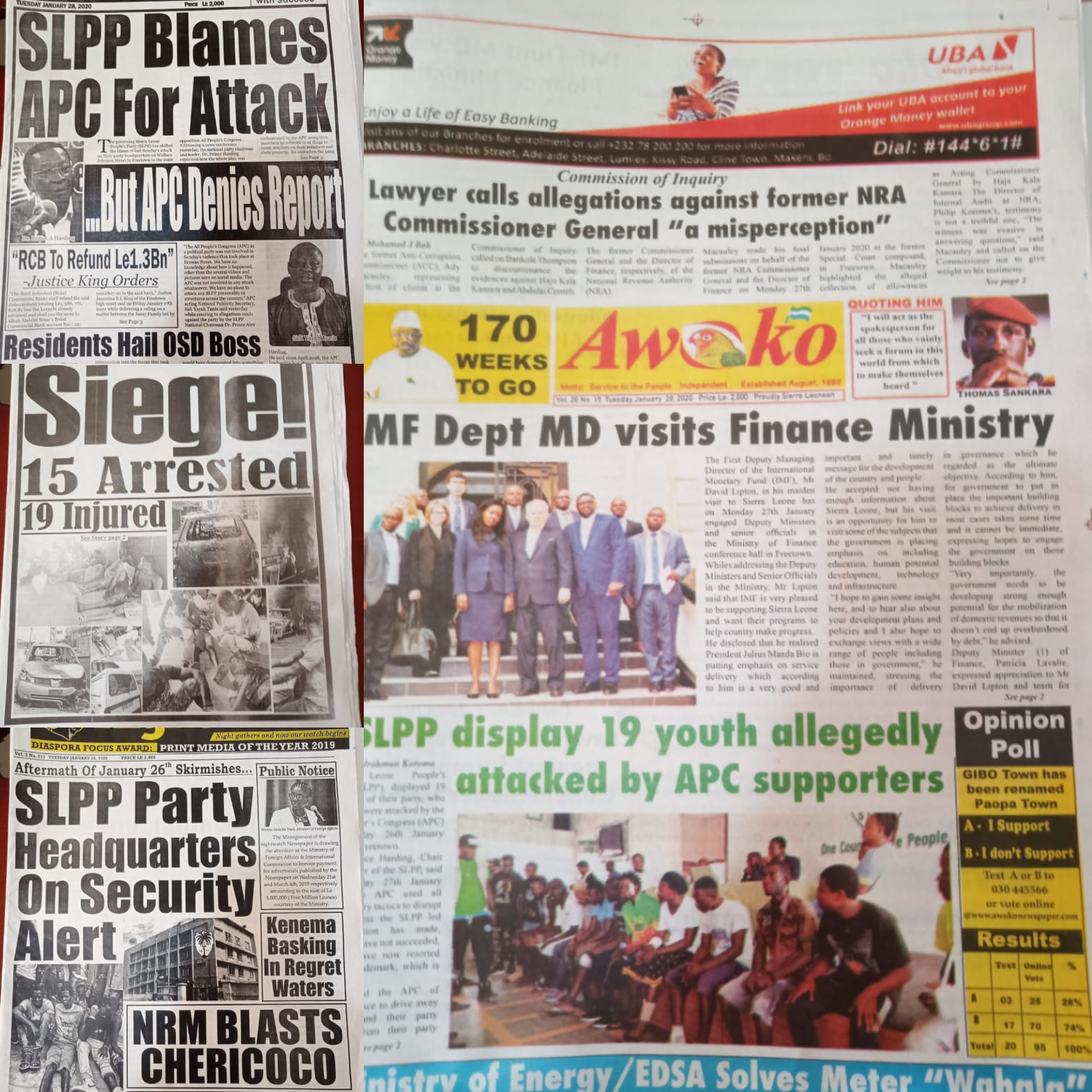 Allegations of former NRA Commissioner was a ‘Misconception’

The first Managing Director of the International Monetary Fund, Mr. David Lipton paid a visit to Sierra Leone and engaged the Deputy Minister of Finance and senior officials. At the Ministry, he expressed that the IMF is pleased to support Sierra Leone, and wants its program to help the country progress. Mr. Lipton also gave the sum of 10,000 dollars to the Regent Square Municipal School in support of the free quality education.

The Erikpejaye Otoikhioan Foundation in collaboration with Concord Times Communications and Nigerians in the Diaspora (NIDO) will launch a campaign in ending sickle cell in Africa. The campaign is focused on bringing awareness to eradicate Sickle Cell in Africa. Sierra Leone has been chosen as the launching ground since the first case of Sickle cell was diagnosed in Sierra Leone.

A riot broke out at the Sierra Leone People’s Party (SLPP) on Sunday 26 January 2020 which left 19 youth supporters wounded. Alex Prince Harding, Chairman, and Leader of the SLPP said the attack and beating of their youth was caused by members of the All People’s Congress Party (APC). This move by the APC he says is a way to drive investors and disrupt the progress of the SLPP administration.