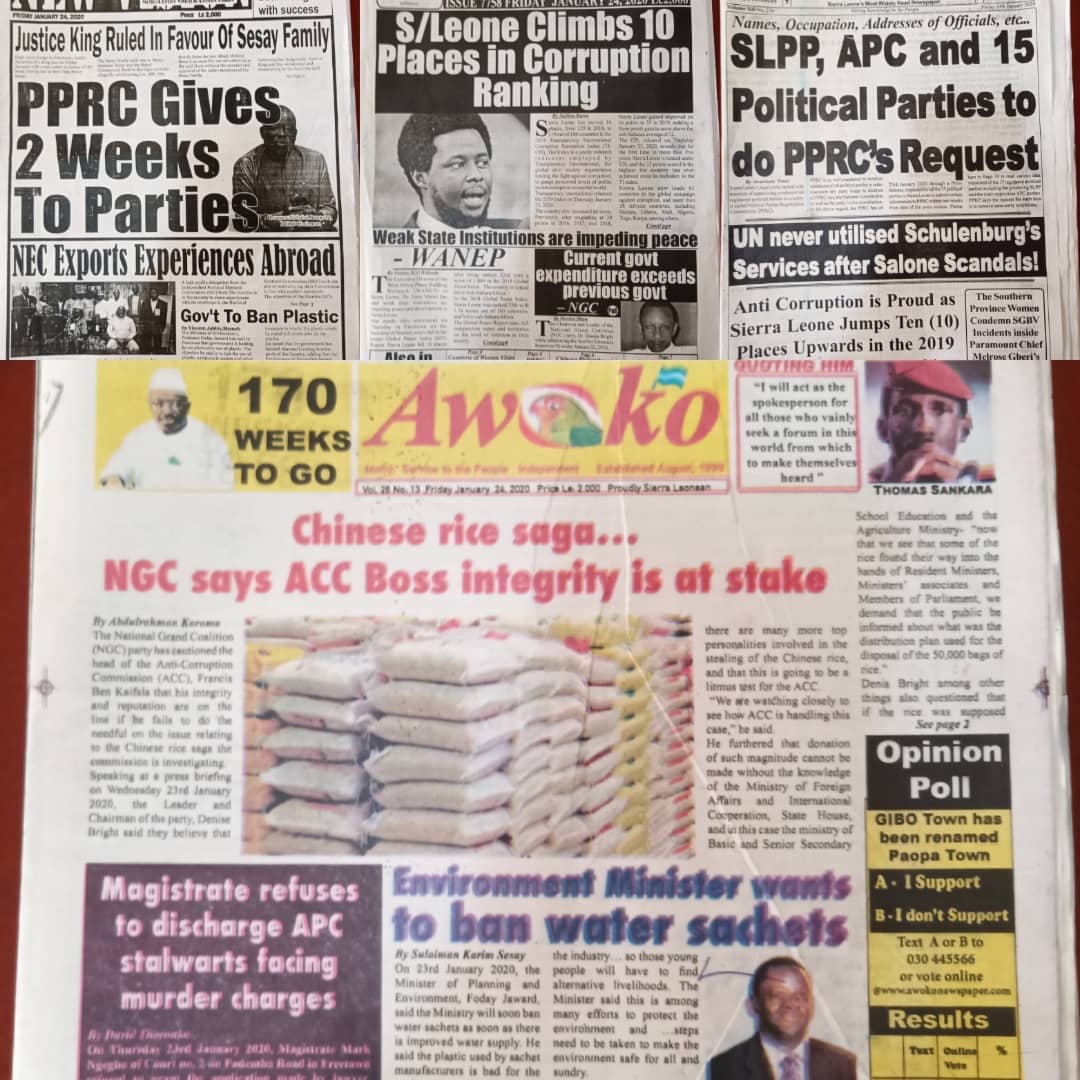 This year’s report reveals that Sierra Leone performed better than the average score in Sub-Saharan Africa countries. Within the last ten years, Sierra Leone’s Anti Corruption has increased its score in the control of corruption Indicator in the Millenium Challenge Corporation Scorecard by moving from 49% in 2017 to 79% in 2019 making 30% upwards.

The Minister of Planning and Environment, Foday Jaward plans on banning the use of plastics (Water Sachets) in the country as soon as there is improved water supply, because these plastics used by sachet Manufacturers are dangerous to the environment. This initiative by the Minister is said to be among the steps the Ministry is taking in 2020 to protect the environment in Sierra Leone.

Residents at the resettlement camp for flood victims at Six Mile Community have been provided with solar lanterns by the International Organization for Migration (IOM). 106 households were given solar lanterns in order to help the problems of electricity in the community. These lanterns will help children to study at night and relieve the community from darkness.

The Political Party Registration Commission (PPRC) calls on the leadership of the seventeen registered political parties to submit a certified list of all selected and elected members of their parties. A list of all party functionaries elected during conventions are also asked to be presented within ten days from conventions. The Commission therefore gives two weeks for all political parties to do so.