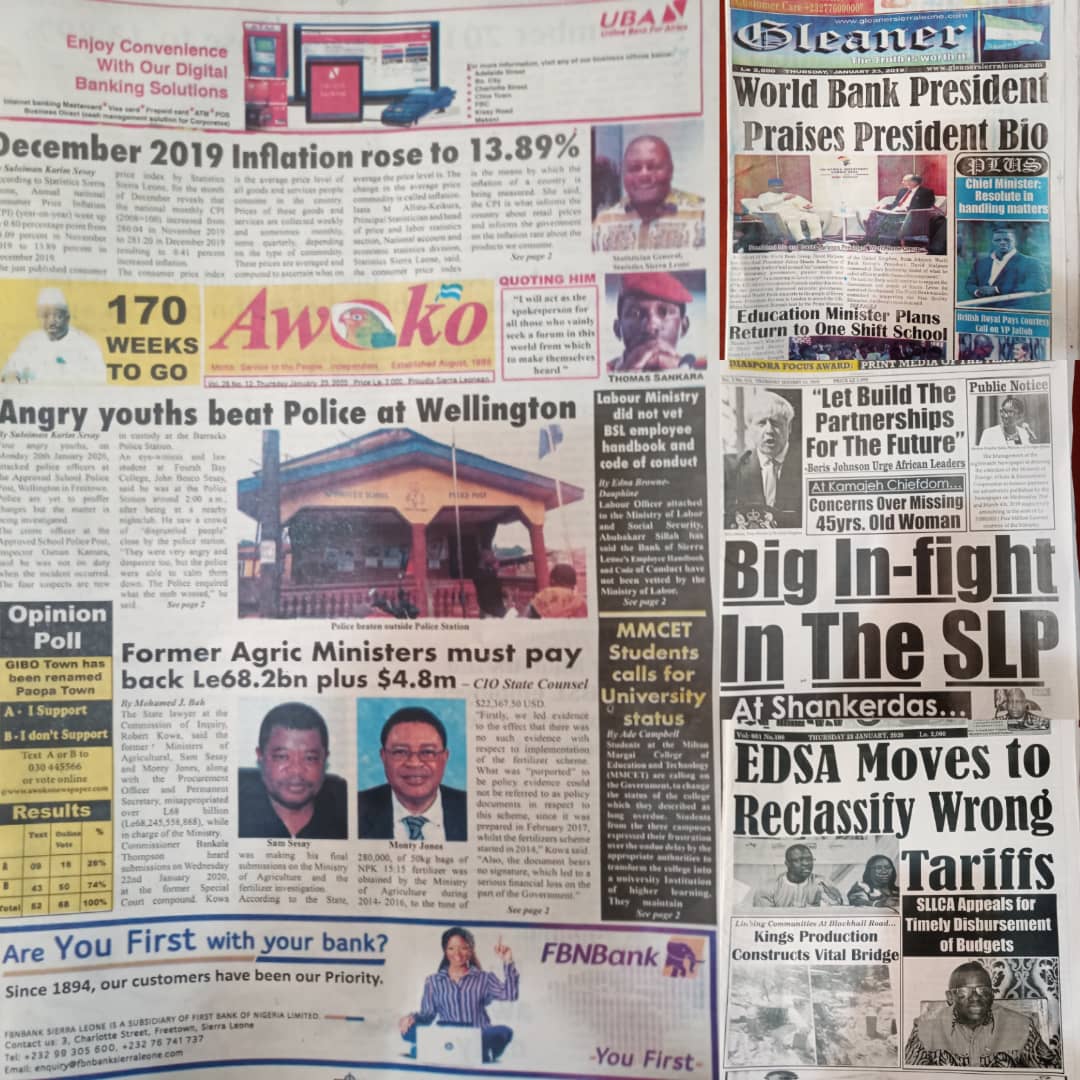 The former Ministers of Agriculture, Sam Sesay and Monty Jones alongside their procurement officer have been identified by the Commissions of Inquiry for massive over pricing in procurement of NPK fertilizers. These Ministers  procured 280,000 bags of 50kg NPK fertilizers from 2014-2016. Counsel Kowa has found these Minister guilty of collaboration to fraud the government 68.245 billion leones plus $4.8 million.

According to Statistics Sierra Leone in their Annual National Consumer Price Inflation (CPI) report, the National monthly CPI increased from 280.04 in November 2019- 281.20 in December 2019 which makes 0.41 percent increase. This therefore reveals that the prices of goods and commodities increased in December by 13.89 percent.

As the National Volleyball Club championship starts on the 22nd January, the men of  Young Stars volleyball team defeated the Bai Bureh Strikers in opening match. The match took place in Bo at the new police Barracks. The win for the Young Stars team was by three straight sets ( 23-14, 25-16, 25-21). This defeat of the male team was followed by the female team defeating the Wusum female Strikers.