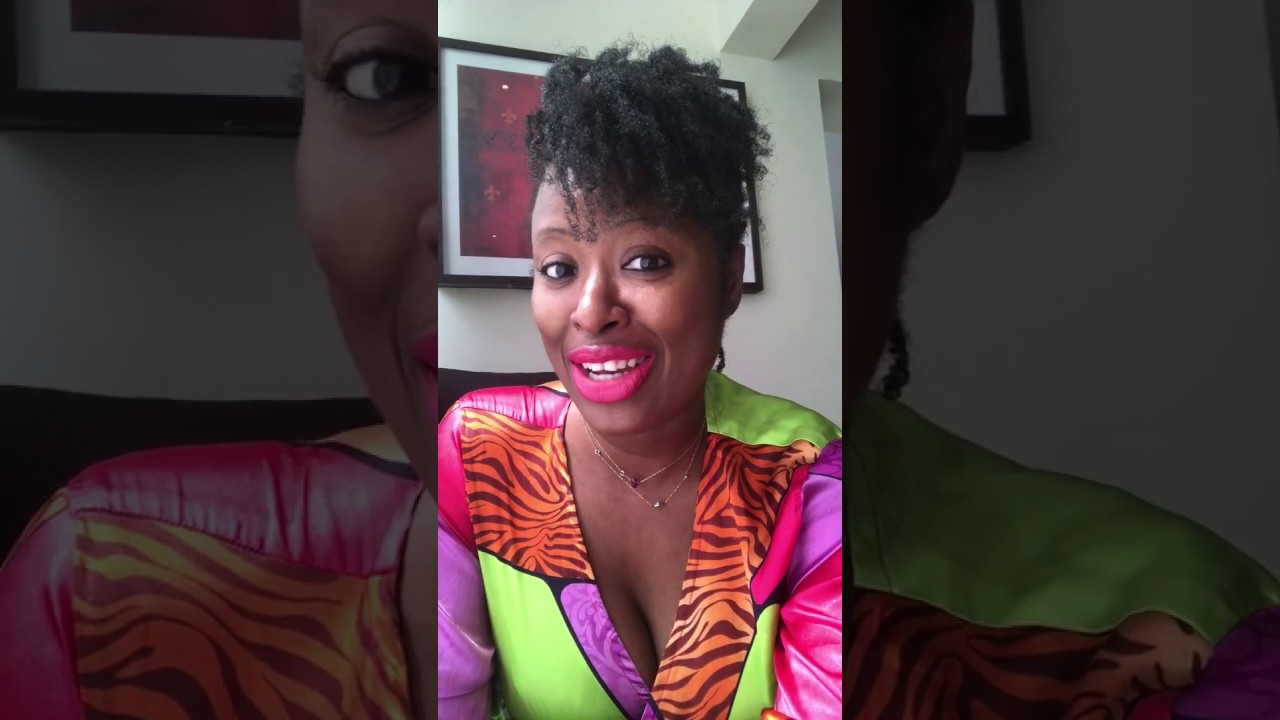 The host and producer of the Vickie Remoe TV Show launched a fundraising campaign about two weeks ago to raise funds to produce the next season of her television programme called the “Vickie Remoe Show” the target of the campaign was to raise twelve thousand dollars ($12,000) within three months. 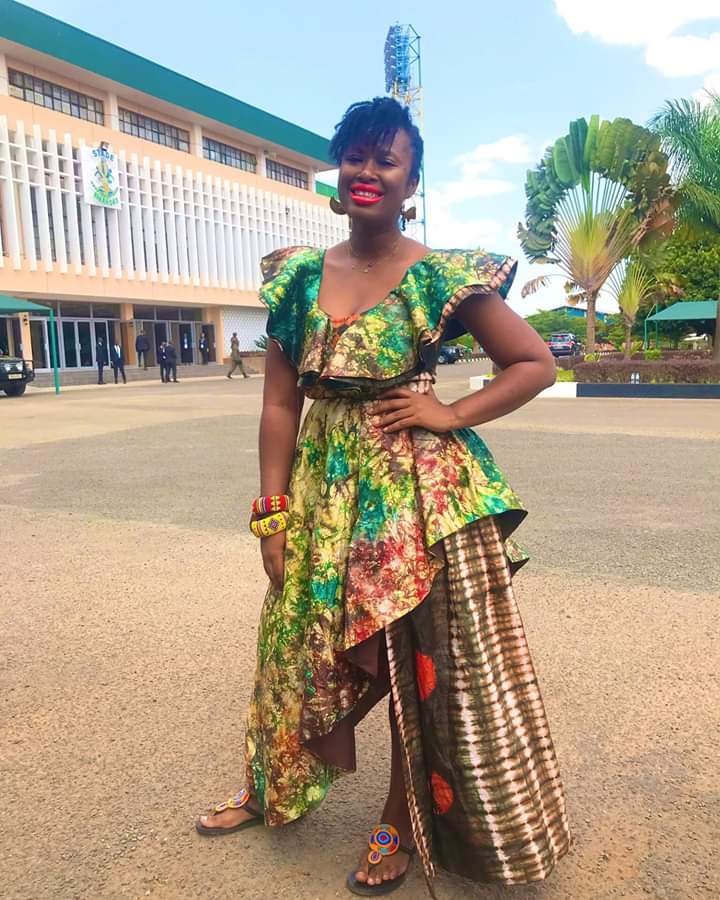 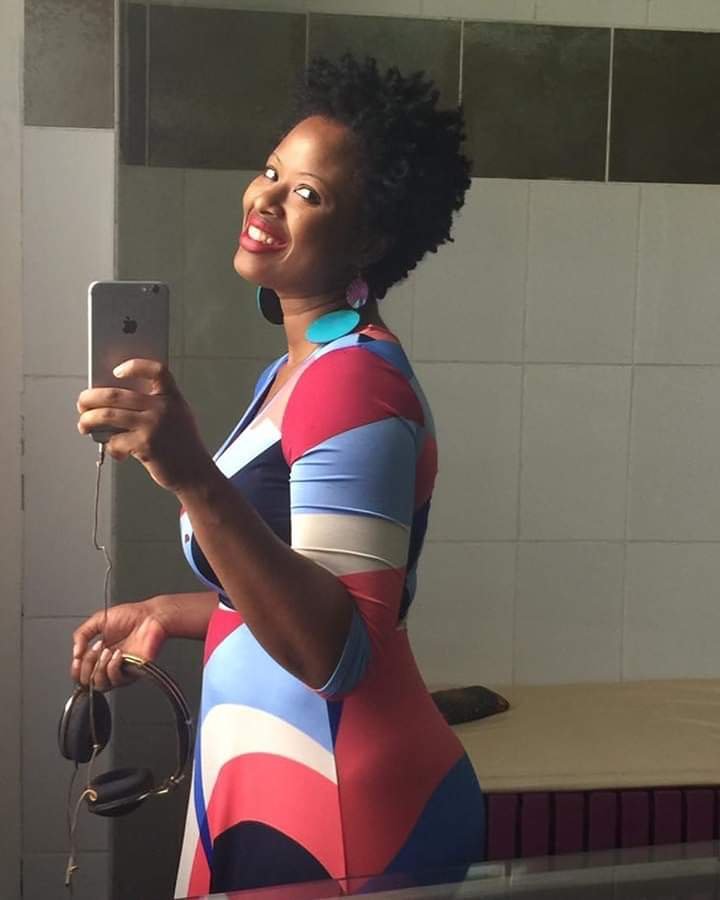 After the launch, the most dynamic influential Sierra Leonean received donations from across all streams which included GoFundMe, PayPal, Zelle, Mobile Money, Cashapp, cheques and cash from donors both home and abroad to make her dream of making Sierra Leone famous for the right reasons through the Vickie Remoe TV Show come to a reality.

Two weeks into the fundraising campaign the goal of the campaign was exceeded, and the hard-working Remoe was able to raise fourteen thousand dollars ($14,000) which exceeded the initial target of
twelve thousand dollars, this means that the dream of the TV producer has been realised and the Vickie Remoe TV Show is about to hit our television screens. 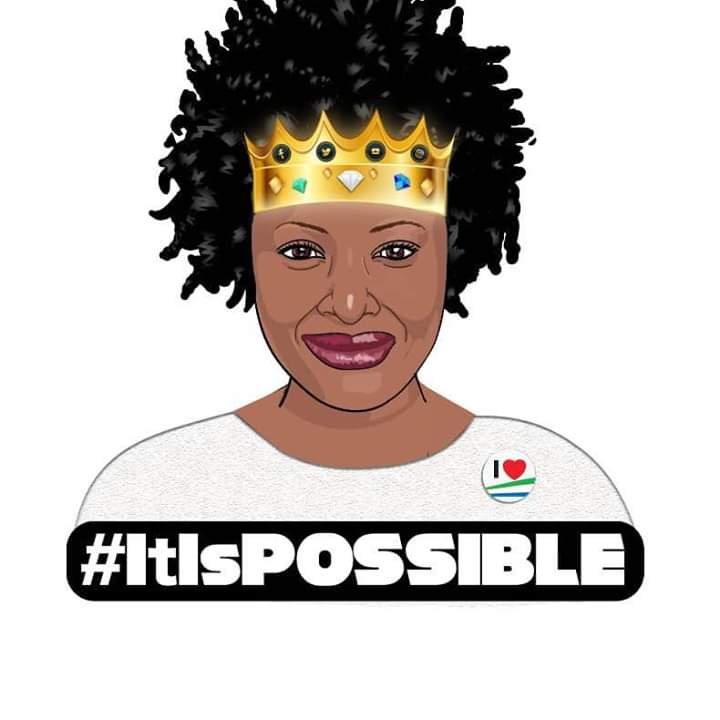 “I thought it will take me 3 months to reach this goal. It took 2 weeks. I thought I wouldn’t meet the goal. I Exceeded it. Amazing experience. To have people repeatedly say” I believe in you,” was everything. Just amazing! I love you.
#makesierraleonefanous,” said Remoe, as she wrote on her Facebook page expressing gratitude for reaching her goal.

She reminded her generous donors that she is dreaming of having an all-female production team and this will be possible if she is able to raise an additional amount of three thousand dollars ($3,000) which will create two jobs in Video Production in which these women will be trained and employed.

It is indeed possible to raise over 12,000 USD only if you mean better for the country in a very honest and trustworthy way. This is just what Vickie Remoe a patriotic citizen of Sierra Leone has done within fourteen days. 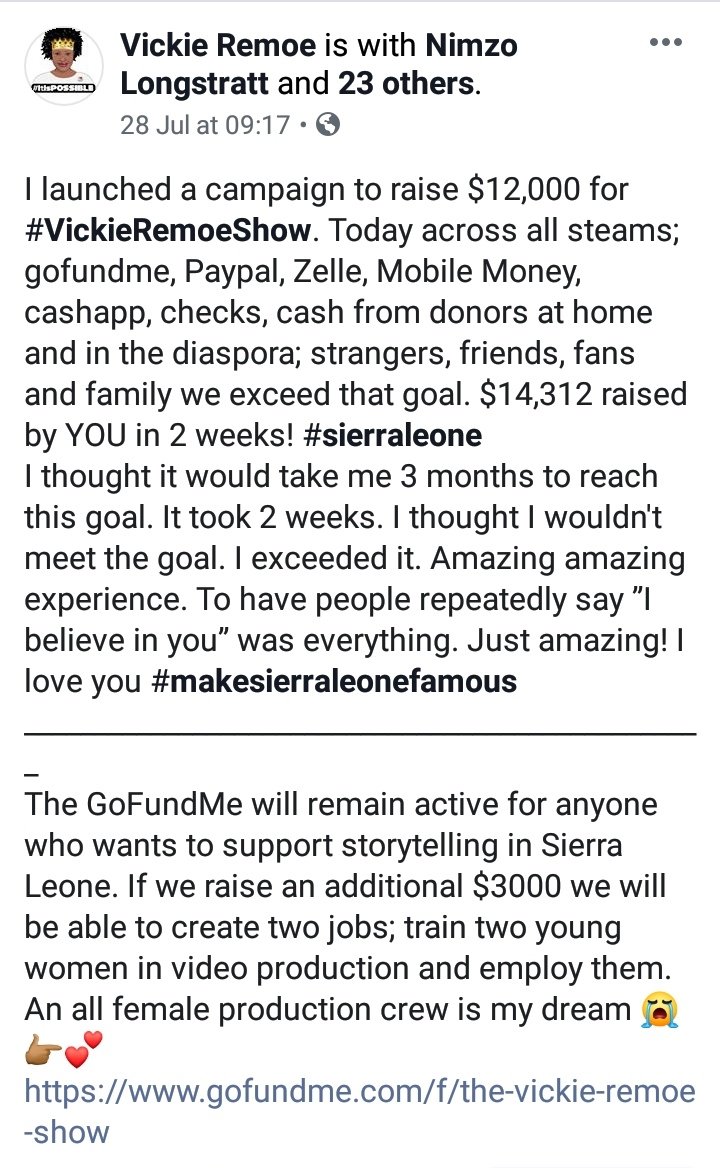