Justice Biobele Georgewill has invited President Ernest Bai Koroma to participate in the Commission of Inquiry on Thursday 13th June 2918 at 9 am.

The commission will hear testimonies from witnesses pertaining to the activities and conduct of President Koroma relating to activities at the country’s Directorate of Petroleum from the period of November 2017 to April 2018. The invitation makes provision for the ex-president to appear himself or be represented.

The Commission of Inquiry began proceedings in January 2019. There are three judges overseeing the inquiry into misappropriation of funds from the previous regime are Justice Biobele Georgewill from the Federal Republic of Nigeria, Justice William Annan Atuguba from the Republic of Ghana and Justice Bankole Thompson, from Sierra Leone.

The COI was a direct recommendation from the Government Transition Team Report which stated:

“Immediately institute a Judge-led Special Commission of Inquiry with a limited time-frame and mandate to recover all stolen or inappropriately converted state funds and other assets, including buildings, quarters, land and the hundreds of vehicles still unaccounted for (presumably stolen by officials of the APC Government). The Commission should recommend for prosecution former APC officials whose corrupt conduct is found to be particularly egregious. The Commission should also seek an explanation from former officials, under Section 26 of the Anti-Corruption act dealing with “unexplained wealth”, if it determines them to have accumulated such wealth during their time in public office.” – AYV 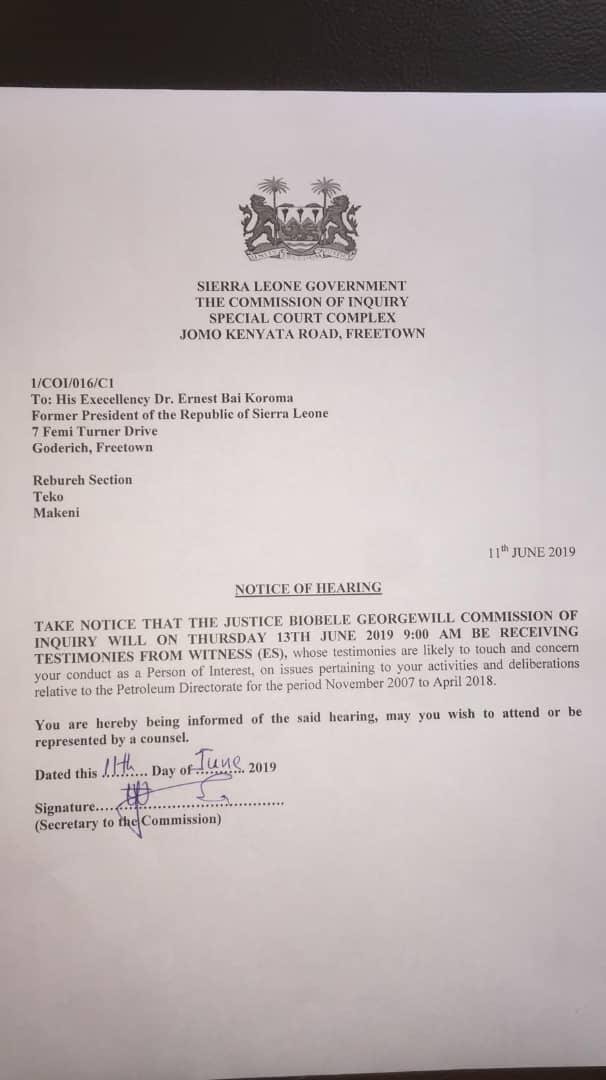 THE TRUTH ABOUT THE RICE THAT MAY HAVE...