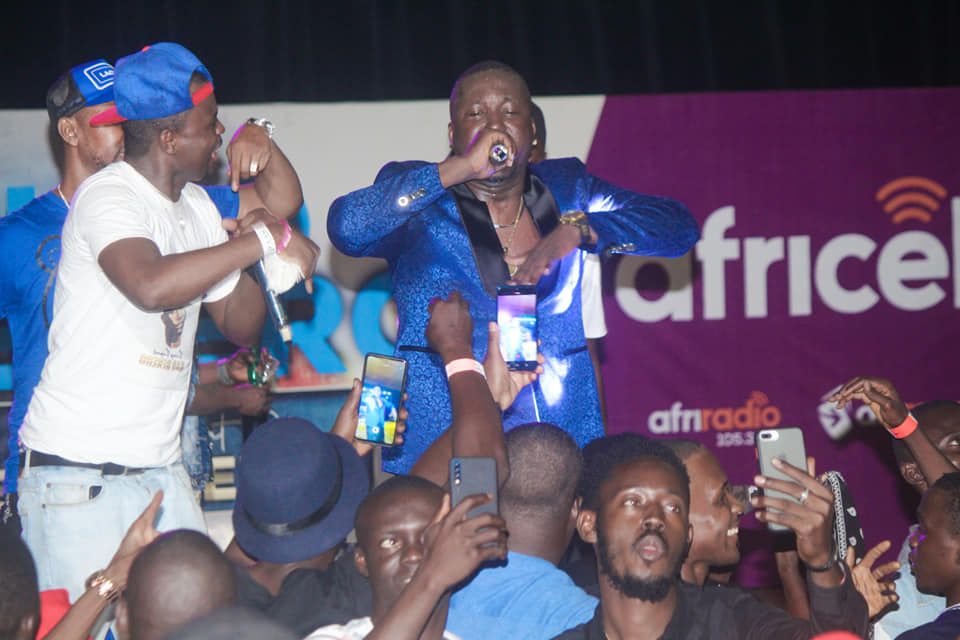 Popular Hip-pop musician Kao Denero has celebrated twenty years of his music career as a hip-pop musician at the Bintumani International Conference Centre on the 9th of January.

In a video posted by Kao Denero on his social media accounts, he thanked his supporters, fellow musicians, and DJs for their support “ the night of excellence was a success, we just shut it down. ‘Na so wi start 2021 o’.” says Denero.

Kao Denero is one of the most controversial figures when it comes to music in Sierra Leone and because of this he has had a lot of difficulties hosting shows in the past years, one of such shows was scheduled to take place on the 30th of November in 2018 at the National Stadium with popular Nigerian musician Runtown after recording and shooting hit song  GreenGold.

He is one of the biggest artists in Sierra Leone, last year he released songs like Kenyatta, African King, and a diss song aiming at Kenyan rapper Khaligraphy Jones titled “I AM SIERRA LEONE”. His latest song is “Be Honest.”