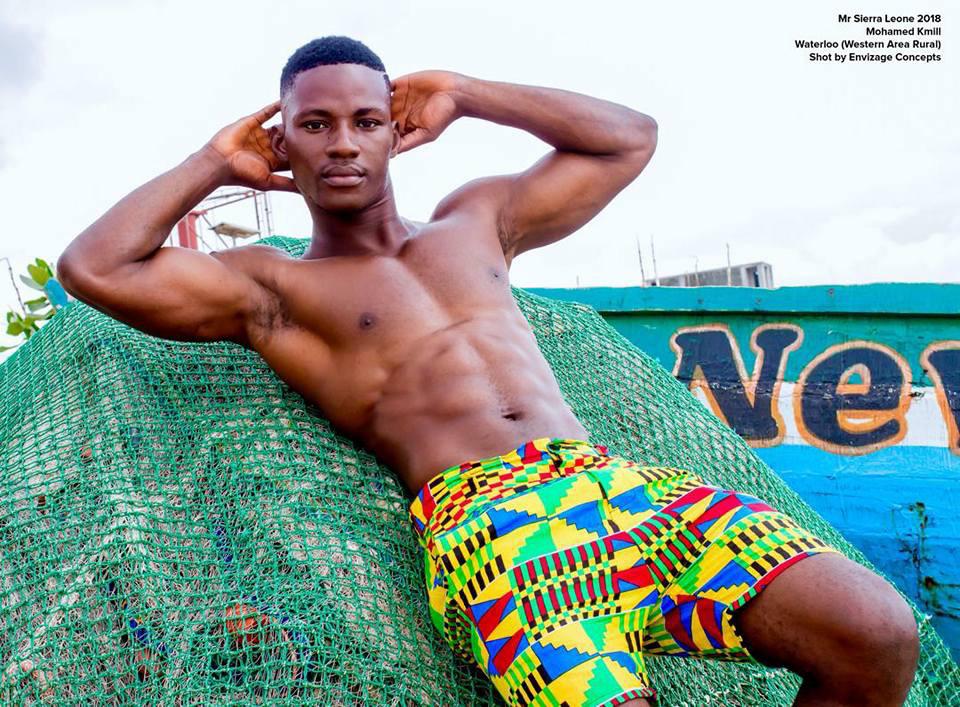 Kamanoh says he chose pageantry because he wants his voice to be heard in Sierra Leone and all over the world and by so doing igniting a positive change on the youths. He believes being Mister Sierra Leone can give him the platform to do all these

“It’s a hard job and a good experience, I went to my first Mister Sierra Leone competition in 2017 that was my first big platform, I competed with 11 contestants and I was the first runner up at the end of the show. I did not give up and continue to pursue my goals and went again in 2018 which I was eventually crowned as the winner.”

“Being Mister Sierra Leone is not all about your looks or the way you dress, it’s about the way you present yourself, your personality, the way you treat other people and partake in the developments in your community and your country as a whole. You need to do a lot of charity for people to see you as an ambassador as a future leader”

He says after winning the Mister Sierra Leone pageantry contest in 2018 he was able to visit schools in other to sensitize and talk to them about drug abuse most especially Tramadol and by doing that he was able to change their minds and perspective about drugs and by so doing also educate them in the dangers of doing drugs.

“Tramadol is so bad, doctors only prescribe tramadol as means of medication if it is necessary, you shouldn’t be taking tramadol rampantly on a daily basis. And also to the youths that are into gang violence, it doesn’t pay it will just get you into jail or probably to an early grave so let’s stop the violence.”

Kamanoh says as the first Sierra Leonean to take part in the Mister World pageant show this year, he hopes to do good there and put up a great performance in other to make Sierra Leone proud and known to the world. But says in other for this to happen he needs the support of Sierra Leoneans at home and abroad as well as that of the Government.

He names his mother as an inspiration saying that she always supports him in whatever he does. Some of his hobbies are going to the gym, swimming and also enjoy listening to good music.