Two days shy of the first year inauguration anniversary of Sierra Leone’s President Bio, the New Direction Administration has made changes to the the the cabinet. The cabinet reshuffle is our first glimpse into the President’s assessment of his team. If you’re still in the cabinet it means the President is pleased with your performance, if you’re not, well it is what it is. No to man go tell you. Na dis na Salone.

The biggest changes to cabinet in this first reshuffle are at the Ministries of Works, Foreign Affairs, Local Government, and Mines.

Papa Ray who was the SLPP Mayoral Candidate that lost to Aki-Sawyerr has been relieved of his post as Minister and appointed as Presidential Adviser for Culture and Heritage. This seems a more fitting role for Papa Ray. He spent most of his working life as a poet and an educator.

Over at the Ministry of Foreign Affairs, Dr. Ali Kabba has been removed from his post as Minister. He will head to NY to head the Mission to the UN. This is no doubt a demotion for Dr. Kabba indicating that President Bio was not pleased by his performance at MOFIC. Not to worry though, NY is a great city of which Dr. Kabba is well familiar. He should do well at the UN. Dr. Kabba will report to Nabeela Tunis who will leave the Ministry of Planning to head MOFIC. Dr. Kai Kai currently at the Mission in NY will head over to lead Ministry of Planning. This is a promotion for Dr. Kai Kai.

Also on the Minister to Ambassador track is Dr. Morie Manyeh who is leaving cabinet as Minister of Mines to head the Sierra Leone High Commission to the UK.

Anthony Y. Brewah has been let go as Minister of Local Government with no new reappointment. He is being replaced by Tamba Lamina, who is being promoted from High Commissioner to the UK to a member of the cabinet.

Other interesting appointments include the host of Mamadi’s Lounge Talk Show, Mamadi Gobeh-Kamara as Deputy Minister of Information. The handsome Mr. Tondoneh made famous after a public argument with Mayor Aki Sawyerr will head to the Ministry of Works as deputy to be replaced by Mrs. Melrose Kargbo at Local Government.

See the release below for the cabinet reshuffle. 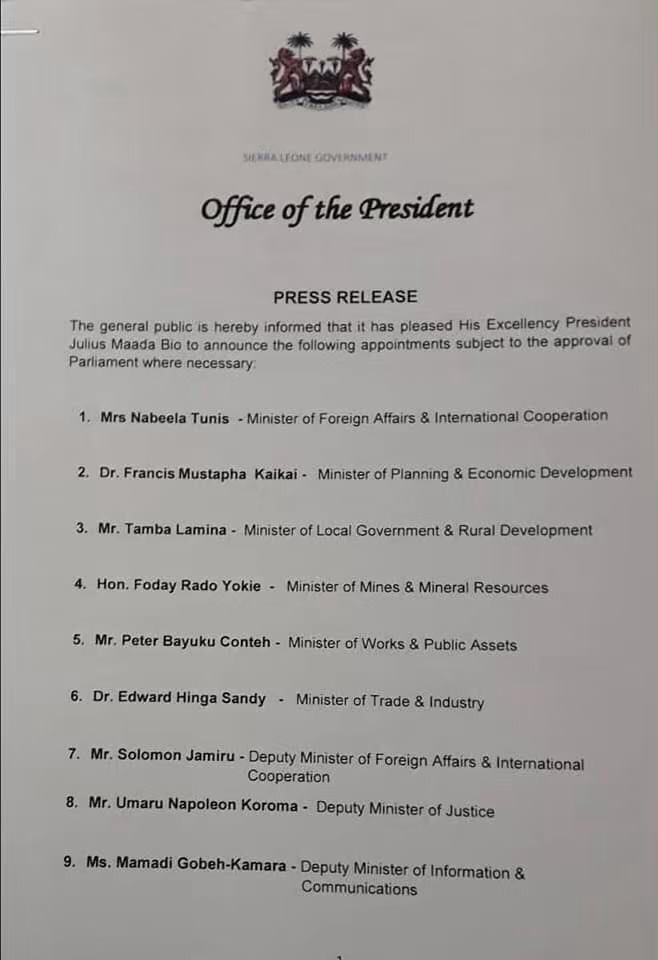 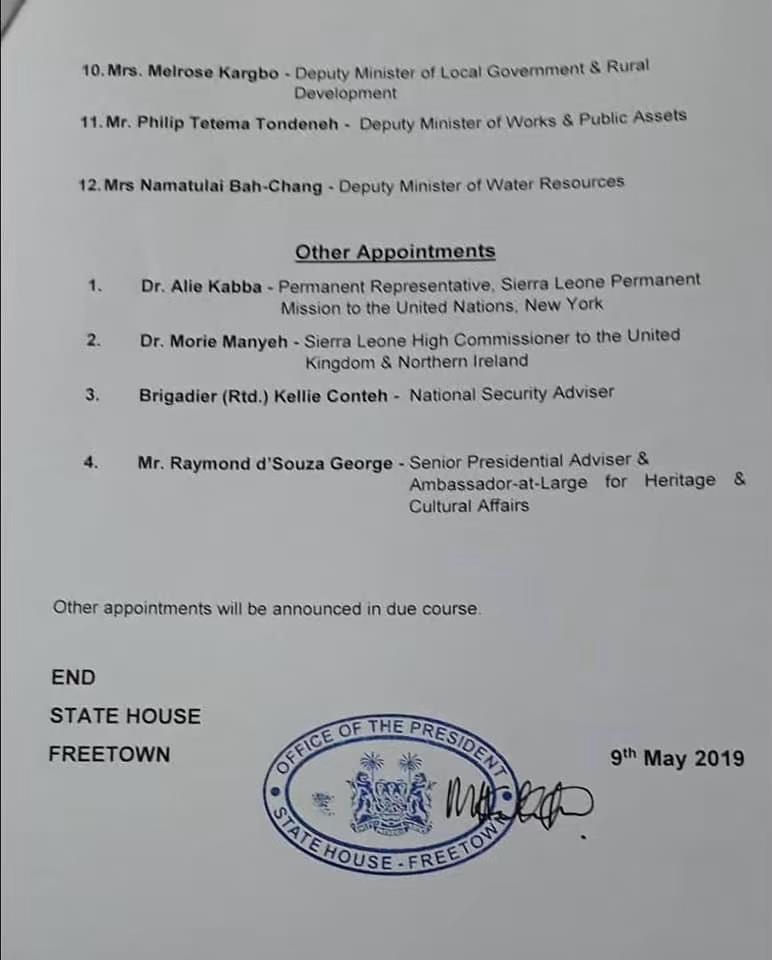 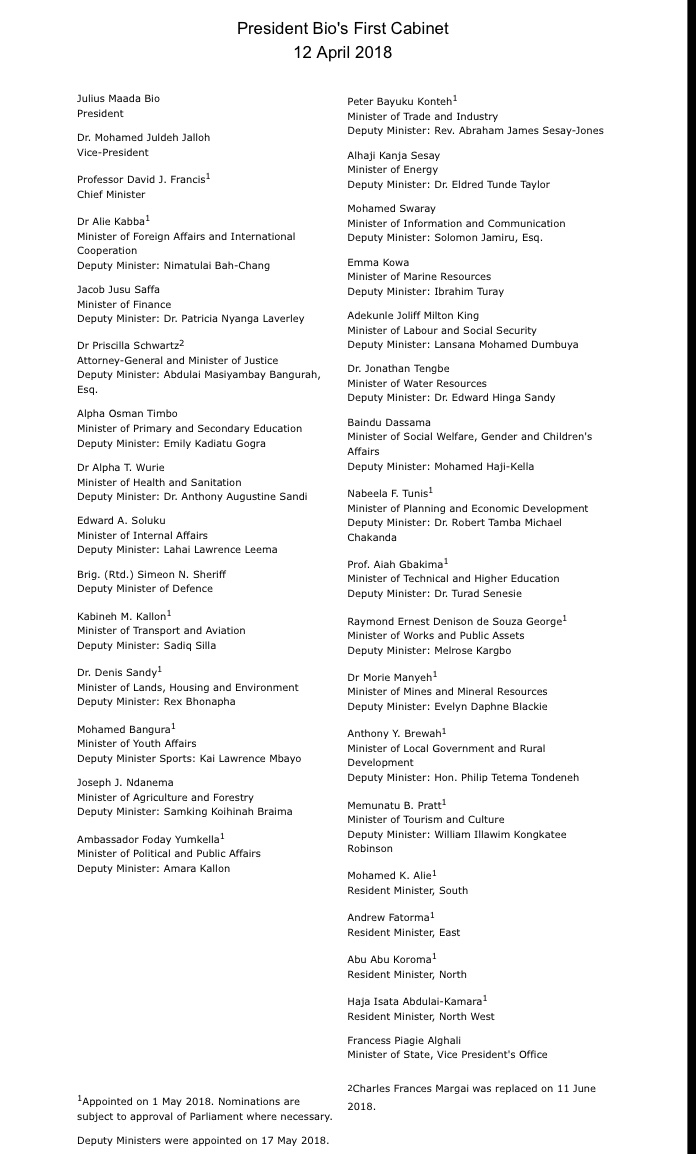 Jal’s Designs a brand worth investing in Sierra...

Container of Cocaine from UK found at Water...