Democratic Republic of Congo Ebola cases near 1500 after deadliest month

The surge of Ebola cases continued, with the ministry of health in the Democratic Republic of the Congo (DRC) recording 15 new cases and 14 deaths in an outbreak in North Kivu and Ituri provinces. 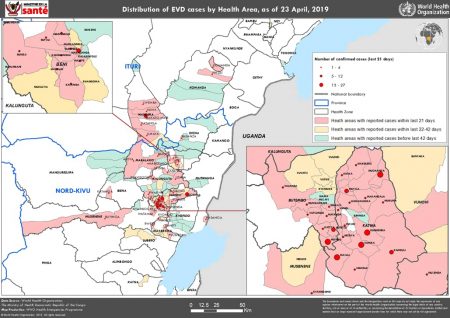 April was the deadliest month of the 9-month long outbreak, which has been studded with acts of violence against response workers and discord between community members and health officials. In April, two attacks in Katwa and Butembo (current virus hot spots) significantly stalled outbreak surveillance and lowered the morale of clinicians in the region. 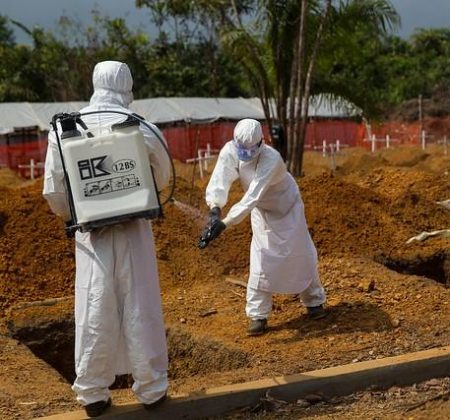 Cases raise the outbreak total to 1,495, of which 1,429 are confirmed and 66 are probable. There have been 984 deaths, and 306 suspected cases are still under investigation.

Among the fatalities recorded today, six were community deaths, which raise the risk of transmission. DRC officials confirmed 308 deaths in April alone.

According to US Centers for Disease control and Prevention (CDC) data, the 406 cases recorded in April—if considered by themselves—would constitute the third-largest Ebola outbreak in history, behind the West African outbreak in 2014 through 2016 (28,652 cases) and a 2000 outbreak in Uganda (425 cases).

As it stands, the current outbreak is the world’s second largest, and the DRC’s 10th since 1976, when the disease was first recorded.

DRC has said vaccination with Merck’s rVSV-ZEBOV continues, reaching 108,905 people, including almost 30,000 in Katwa. Preliminary data from the World Health Organization (WHO) released last month show the vaccine is 97.55% effective against the virus.

The Paul G. Allen Family Foundation named the WHO, Red Cross, and UNICEF as recipients of the Ebola Response Accelerator Challenge, funding projects that aim to end this outbreak quickly, according to a Paul G. Allen news release.

In 2014, Paul G. Allen was the single largest private donor to the West Africa Ebola response, committing $100 million to contain the spread of the disease. Funding for the three projects announced today totals $2.4 million.

The Red Cross project will track community data for response workers, while the WHO’s project aims to train Congolese medical students and youth leaders about Ebola.

“UNICEF and partners will be able to mobilize effective community engagement through U-Report, a free SMS social messaging tool that allows community members to speak out and engage with critical emergency issues. Together, this impactful partnership will continue to save lives and support healthier futures in the DRC,” said Caryl M. Stern, president and CEO of UNICEF USA, in the press release.

OP-ED: Sierra Leone is not too poor to...