After 150 years of British colonial rule, Sierra Leone to celebrate  58 years of independence and self-rule. A lot has happened along the way, but we have managed to reach here as a nation. 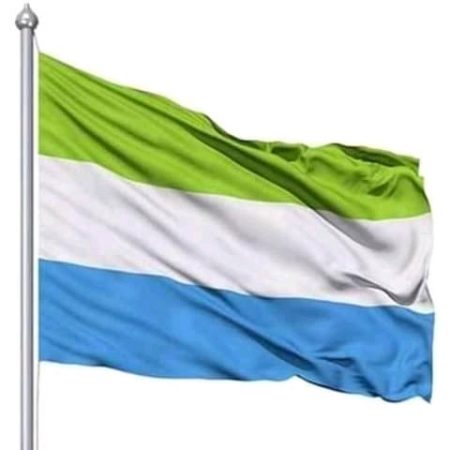 Fifty-eight years ago, on the 27th April 1961, Sierra Leone gained independence from her colonial masters. It was a day that came with hope and unending promise of a better and united Sierra Leone. A new dawn, that brought forth magnificent dreams of a developing and vibrant Sierra Leone, where no one will go to bed starving, where no one will be left out because of lack of proper education, influential family background or connections.

But fifty-eight years on, those beautiful hopes and dreams have been washed away by endemic corruption, bad government, lack of patriotic and selfless leadership. Where is Sierra Leone heading as a 58 years old woman? 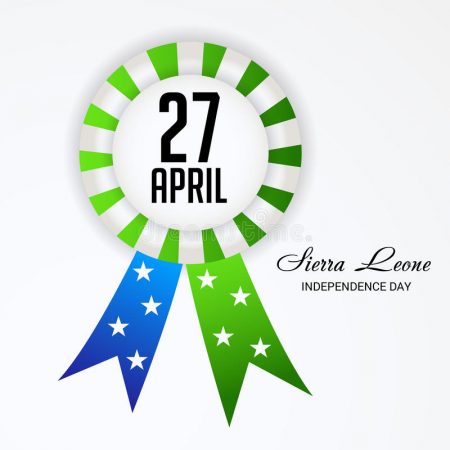 On April 27, Sierra Leone as a promising nation with a sea of natural resources turns 58 years. Celebrations across the country to mark independent day have become a usual tradition. There is no harm in recognizing and celebrating this momentous occasion. But we need to ask ourselves, are we independent as stated in written and oral theories? What have we achieved in 58 years of self -rule? Hmm!  tough questions that requires a glass of chilled water from Grafton to refresh my thought process.  Actually, there are no adequate answers to those germane questions. One will put up a vague and clueless claim to satisfy thy conscience willingly that colonial era was a period of crude, harsh and inhuman deculturaliization of our forefathers. We have achieved freedom from such barbaric and inhuman treatment meted on our people. Oh yes! What more can we boastfully be proud of like our sister countries who went through similar ordeals? Virtually a youth from the slum will say “nothing tangible as an achievement” because their socio-economic status is the same since John was a lad.

58 years later, we are as dependent as ever, dependent mentally, politically, socially, economically, technologically and any other form of dependency you can elucidate. Is it happy dependent day? I don’t know but I agog you know. Our so called colonial masters have given us self-rule but withholding our economic, social, cultural and political will to thrive productively as a nation. Neocolonialism is at play. Our national cake has been mutilated beyond immediate recovery by corrupt, greedy and wicked political lions and lionesses.

The current political dispensation will tell you that the country’s economy is on life support mechanism. My question is, what have they done in their one year of governance to resuscitate our dying economy? They have partially done well but a lot is expected to be done to ameliorate the living standard of Sierra Leoneans. Don’t get me wrong, “Papa D Grone Dry Ooo,” a struggling youth cannot go to bed with an enthusiastic hope of a better tomorrow. We don’t expect you to score the beautiful goals but make use of our skillful assist by listening to our solemn cry as a nation. We voted for change; we await to feel that desirous change.

Let us take a flashback in the last 29 years of the 58 years of independence, we have been ascribed as survivors. Yeah! We are war survivors, Ebola survivors, flooding survivors, mudslide survivors and so on. Our country is known in international news as a land of survivors.

Migration in the independence state should be about a choice and realistic optimism. United Nations Secretary General Antonio Guterres will assert that “an active hope and not despair.”

Citizens all, we are 58 years old since independence, I sincerely entreat you all as compatriot to help each and every government to succeed for the better good of all. Let us respect and allow our leaders to work in free and less pressured vicinity that will extricate them from being corrupt and wicked. Ethnic and political sentiments have put a knife to the things that once held us in unionism and felitious camaraderie. Now we are apart! This is not the type of freedom our forefathers fought for ruthlessly. We need all hands on deck and stand on firm resilience against those vices that have the erection to keep us apart.

Even though our living condition is  catapulting to Darwin’s theories of survival of the fittest and struggle for existence; but, I assure you as a citizen who believes in this nation that one day this country will become a place like HOME with unmatched privileges, if only we work together. Abraham Lincoln posited that “together we are far, alone you are fast.” True sustainable development in Sierra Leone requires political, economic and cultural emancipation plus a united Sierra Leone. 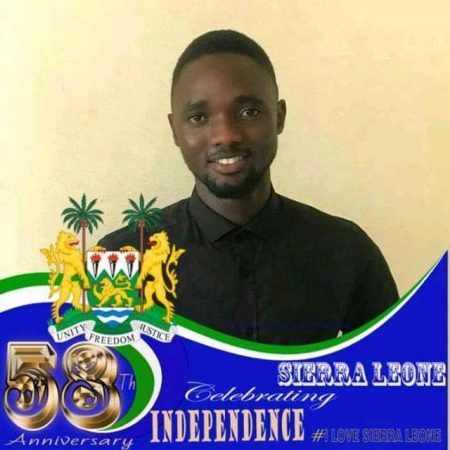 Congratulations to the beautiful people of Sierra Leone on our  58 years of self -rule and Independence anniversary.

God bless us all!

Inside Salone Entertainment: What’s going on between Markmuday...

“Cryptocurrencies: What Do We Need To Know” with...

Sierra Leone: Poverty has no tribe and other...

PONDER MY THOUGHTS: HARDSHIP – GOVERNMENT SHOULD NOT...

Sierra Leone was founded on division, not national...

“We can do better with our own Salone...