On the eve of independence upcoming musician Musa ‘Mus B’ Jalloh release “Fire Dem” official music video.
A song which he did on the commemoration of the 58th Independence anniversary and to advocates for the improvement of the living standard of Sierra Leoneans, he features Jakey Jake. The video was directed and filmed by Koncept.

A day before releasing the official video he posted a flyer on social media which was done by Exclusive Vibes with a statement of him saying “As a nation, we need good leaders, leaders who we all can trust, the kind of leader who always put public interests above their political or personal interest, so that the yearning and aspirations of the commoners can be realized.” 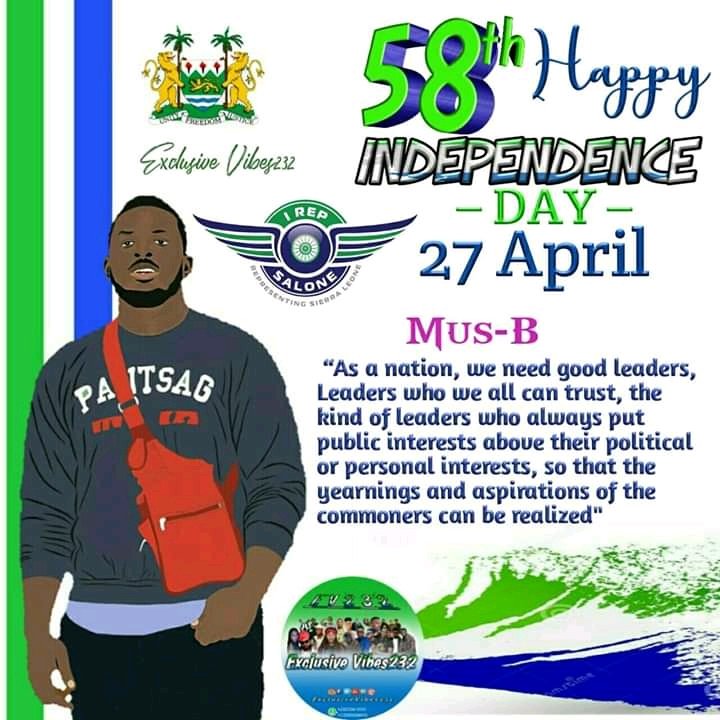 Musa ‘Mus B’ Jalloh is a Sierra Leonean singer, rapper and song writer born on the 5th August. He is the CEO of Kabi BorBor Music.

Simi arrives in Sierra Leone to perform at...