Today, April 27, 2022, Sierra Leone is celebrating its 61st independence anniversary. On this day, in 1961, the country gained independence from England and became a member of the Commonwealth.

The country of 7 million people has faced so many challenges, starting from the 11 years civil war, Ebola, mudslide, corruption and so many other things.

As this day marks a very historic moment in the country’s history, citizens have therefore used this moment to reflect on how far we have come as a nation, celebrate the success stories of the country, express dissatisfaction over the lack of necessities, and also hold government authorities accountable based on what they promised.

President Dr. Julius Maada Bio, in his address to the nation this morning, said Sierra Leoneans are tough, and optimistic people, and the country is making progress on all fronts. He further called on all Sierra Leone citizens to continue to love one another, because the interest of the nation should be bigger than people’s ambitions.

However, citizens from all walks of life took to different social media channels and expressed their views. The majority of them are calling for immediate improvement in water supply, electricity supply, quality health provision, jobs for youths, change in the cost of food, and other basic items. 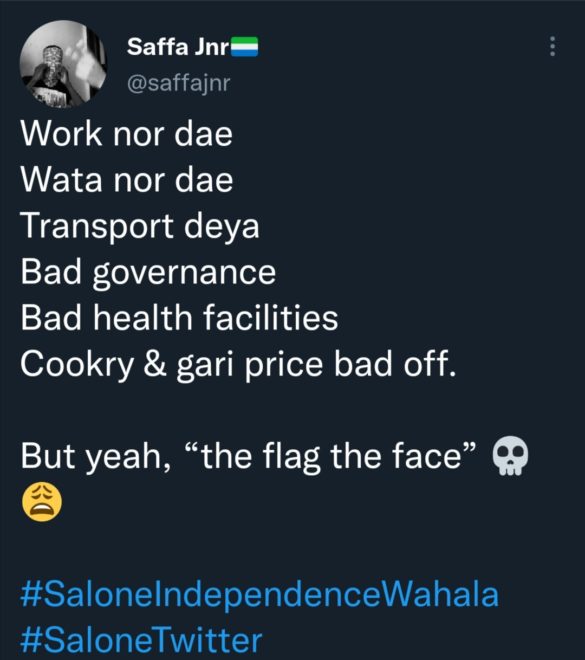 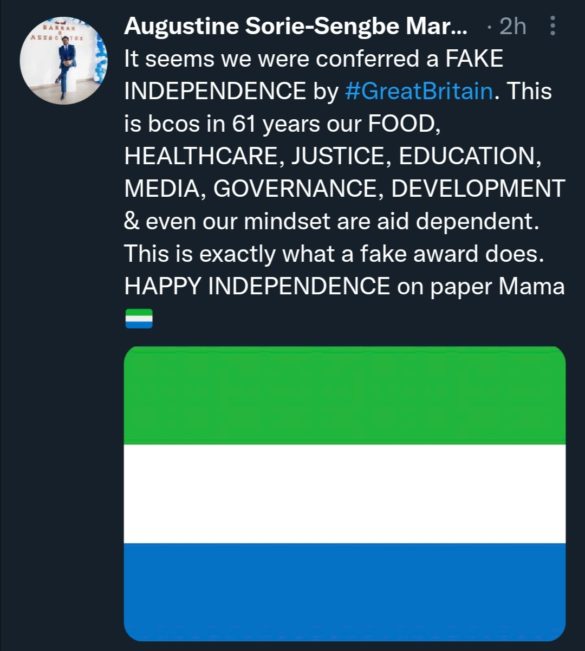 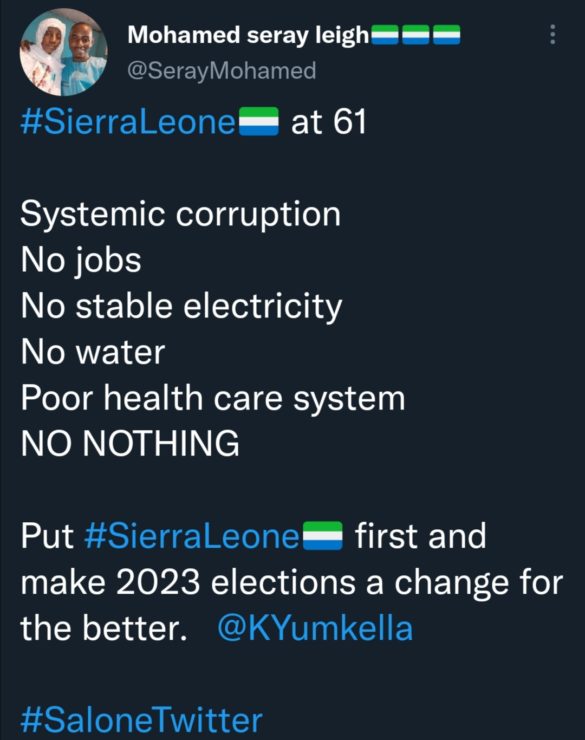 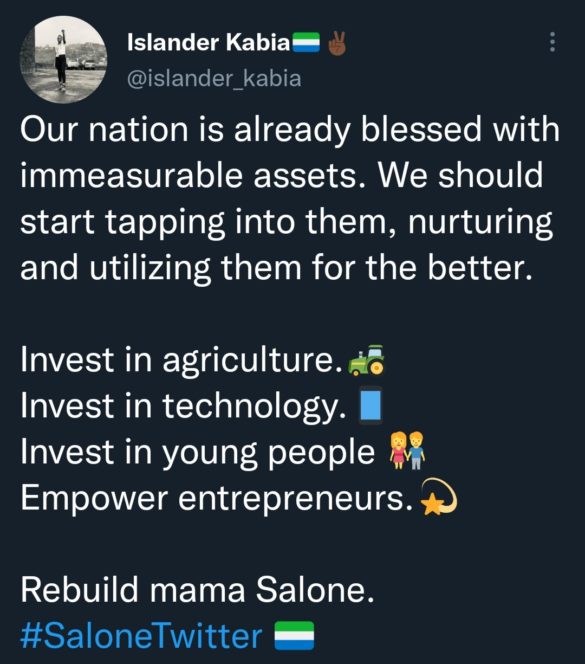 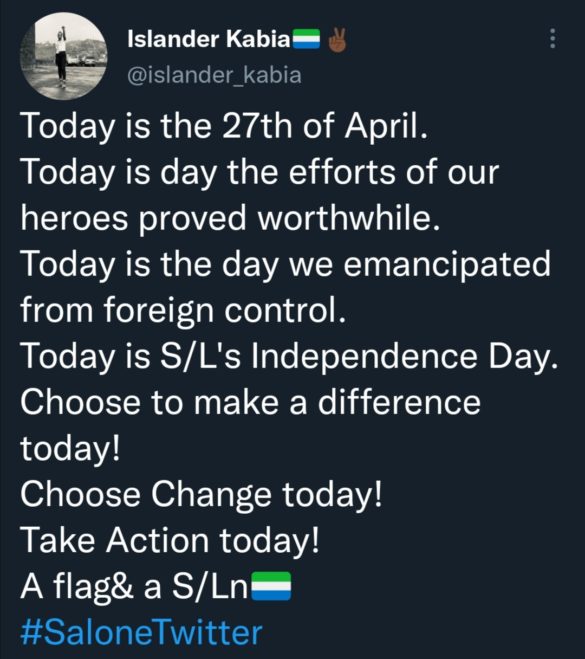 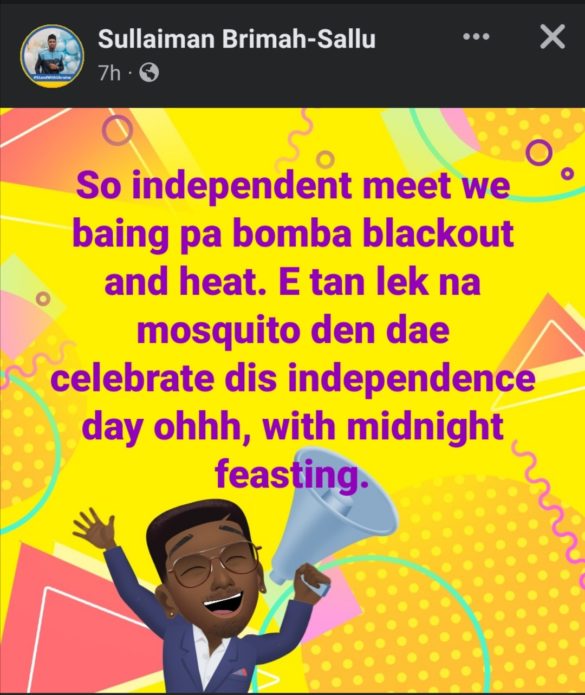 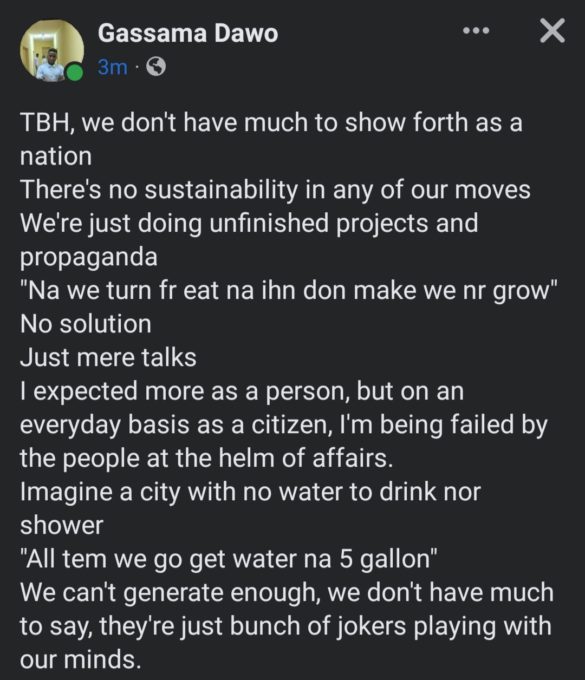 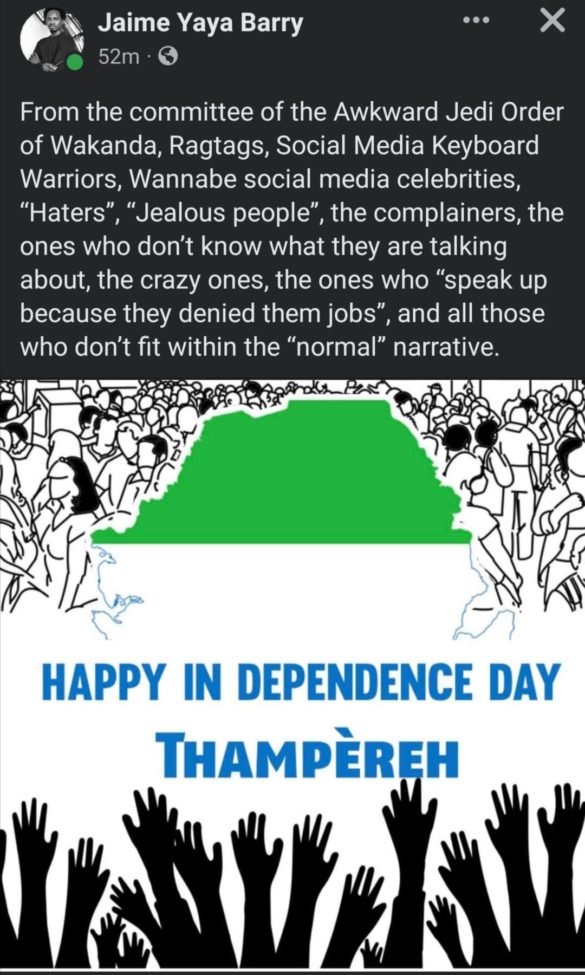 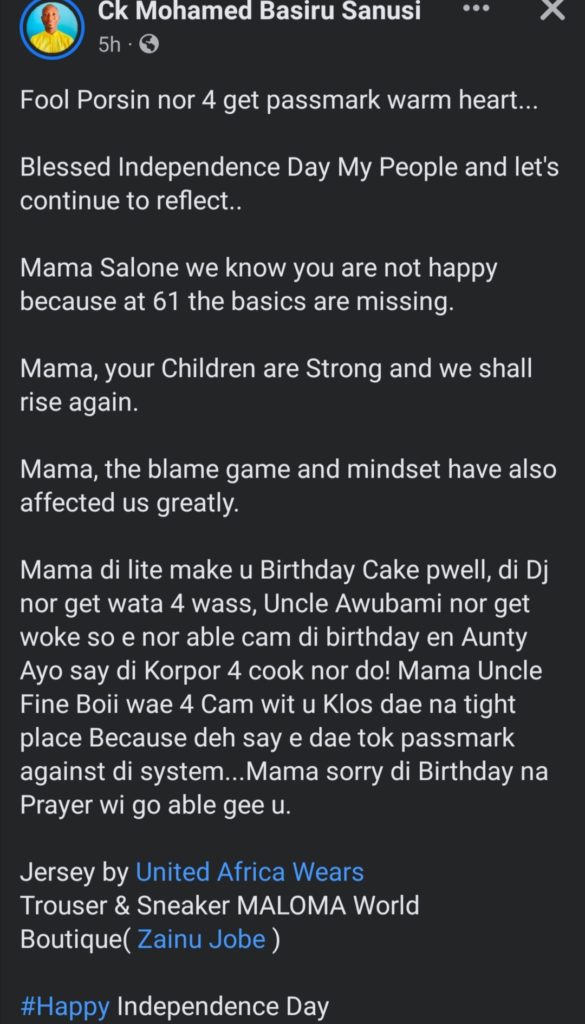 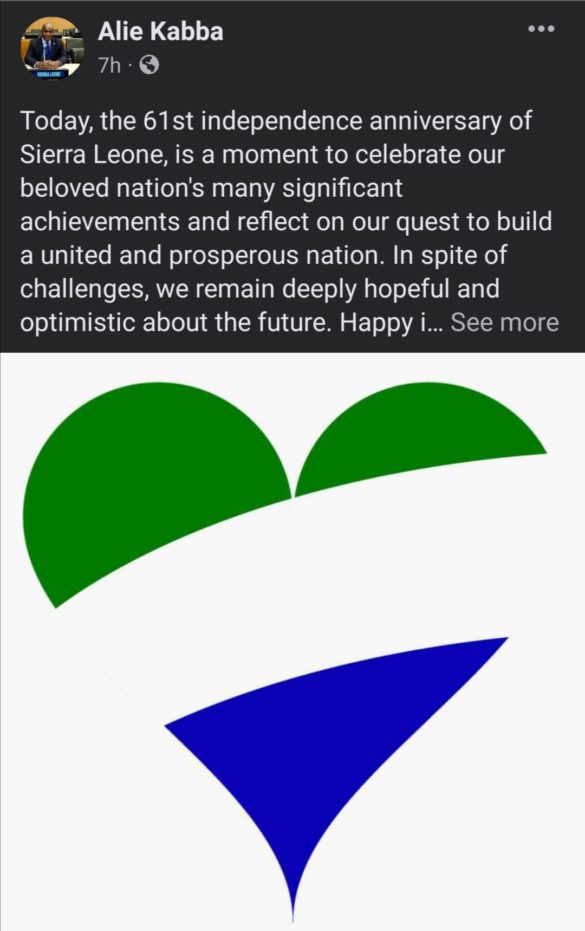 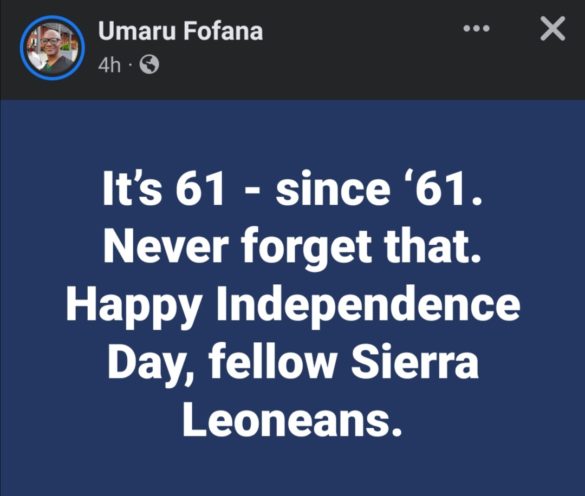 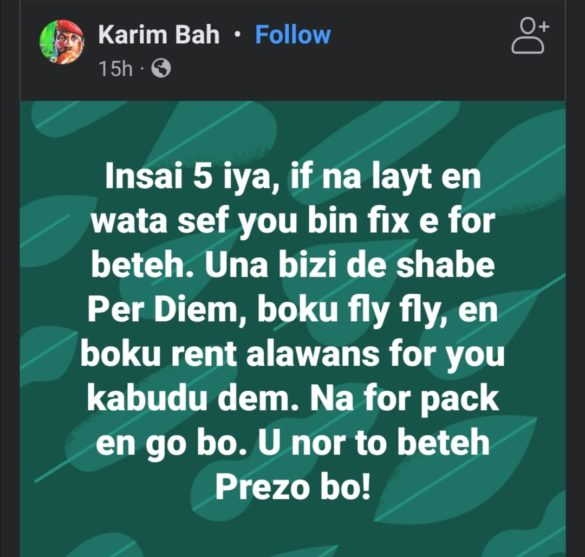 Idris Elba was spotted in Sierra Leone at Voices of Salone

This is why Ramsey has not been in...