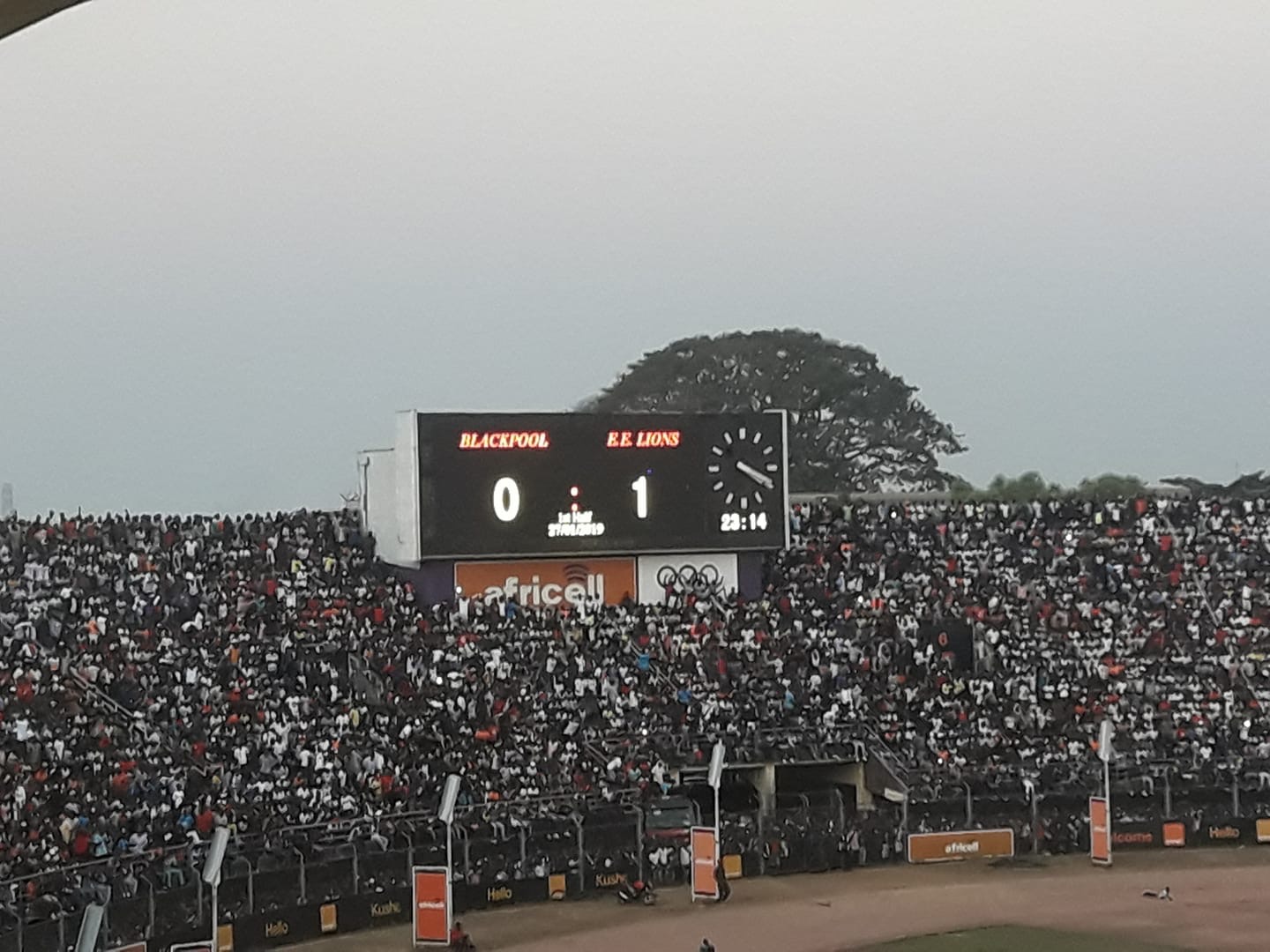 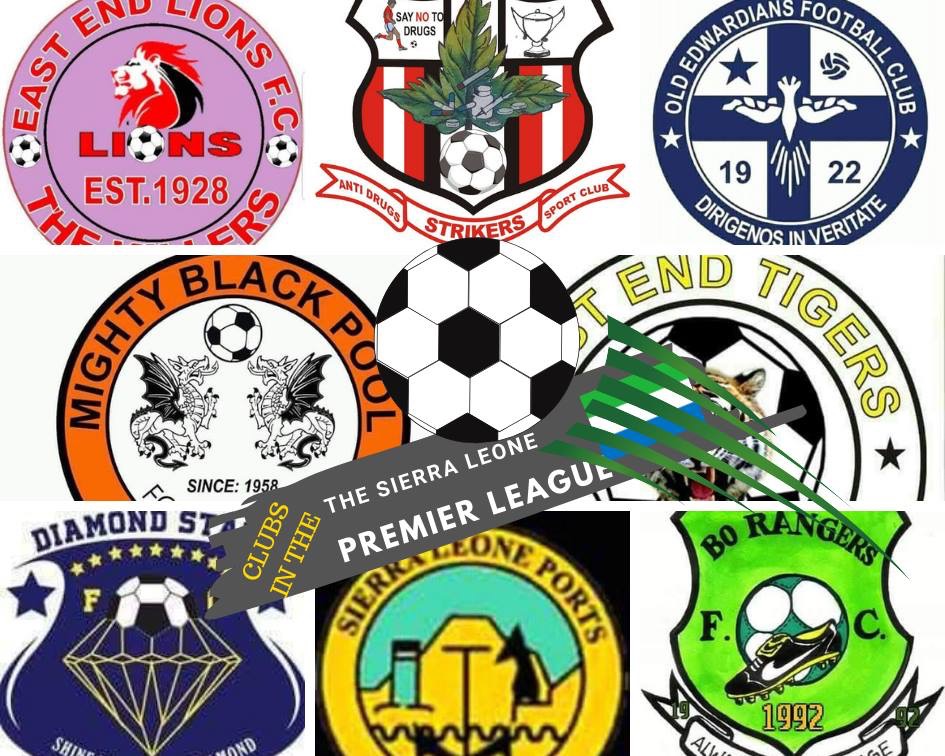 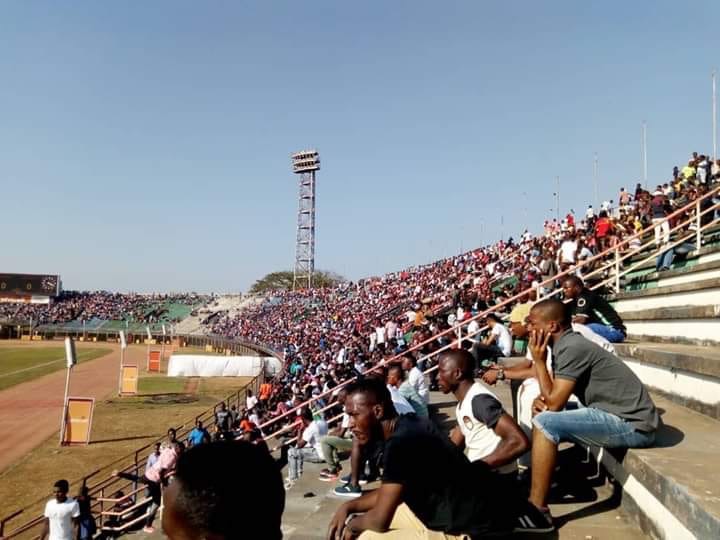 Fans in the stands © Miles B 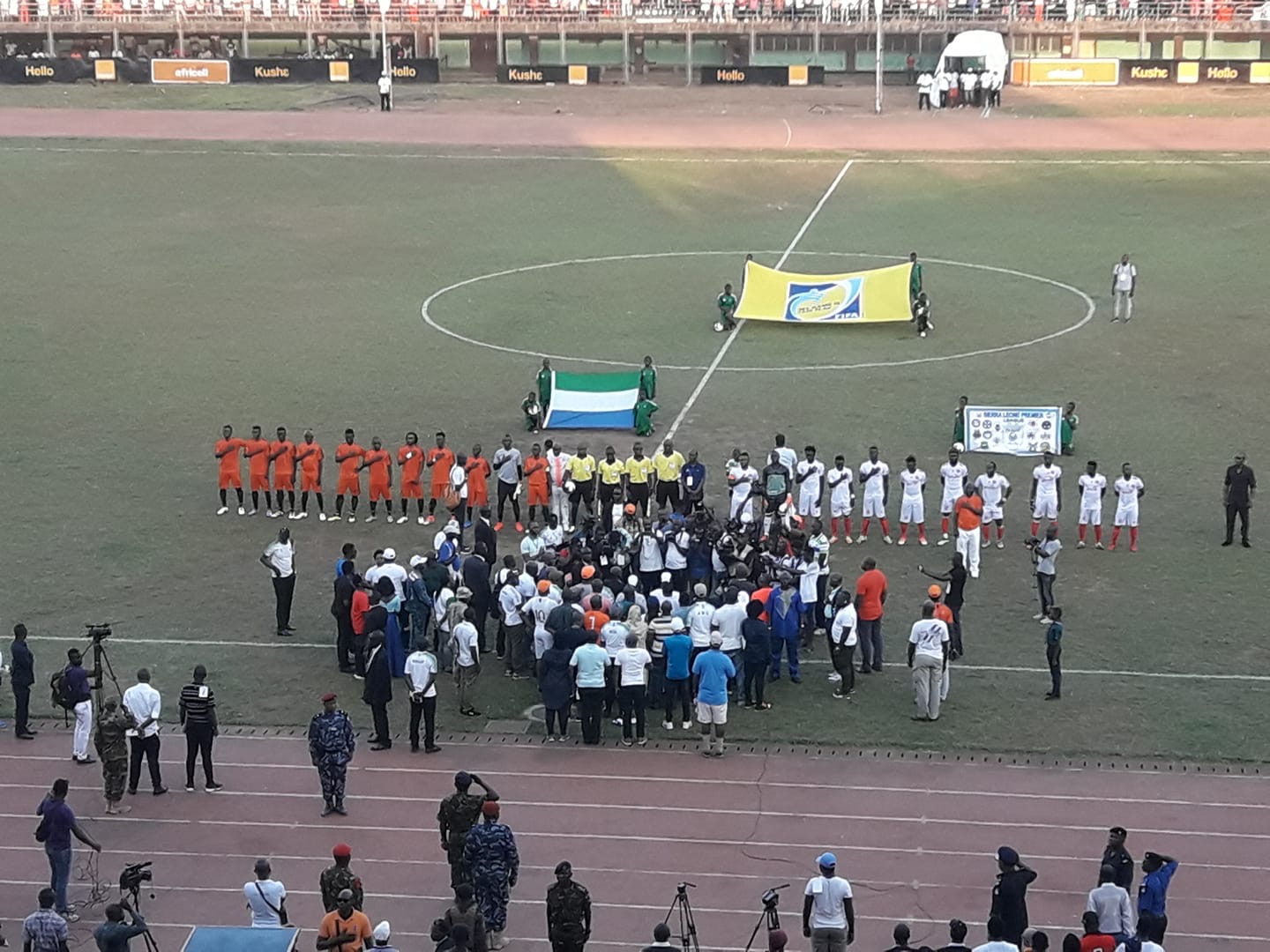 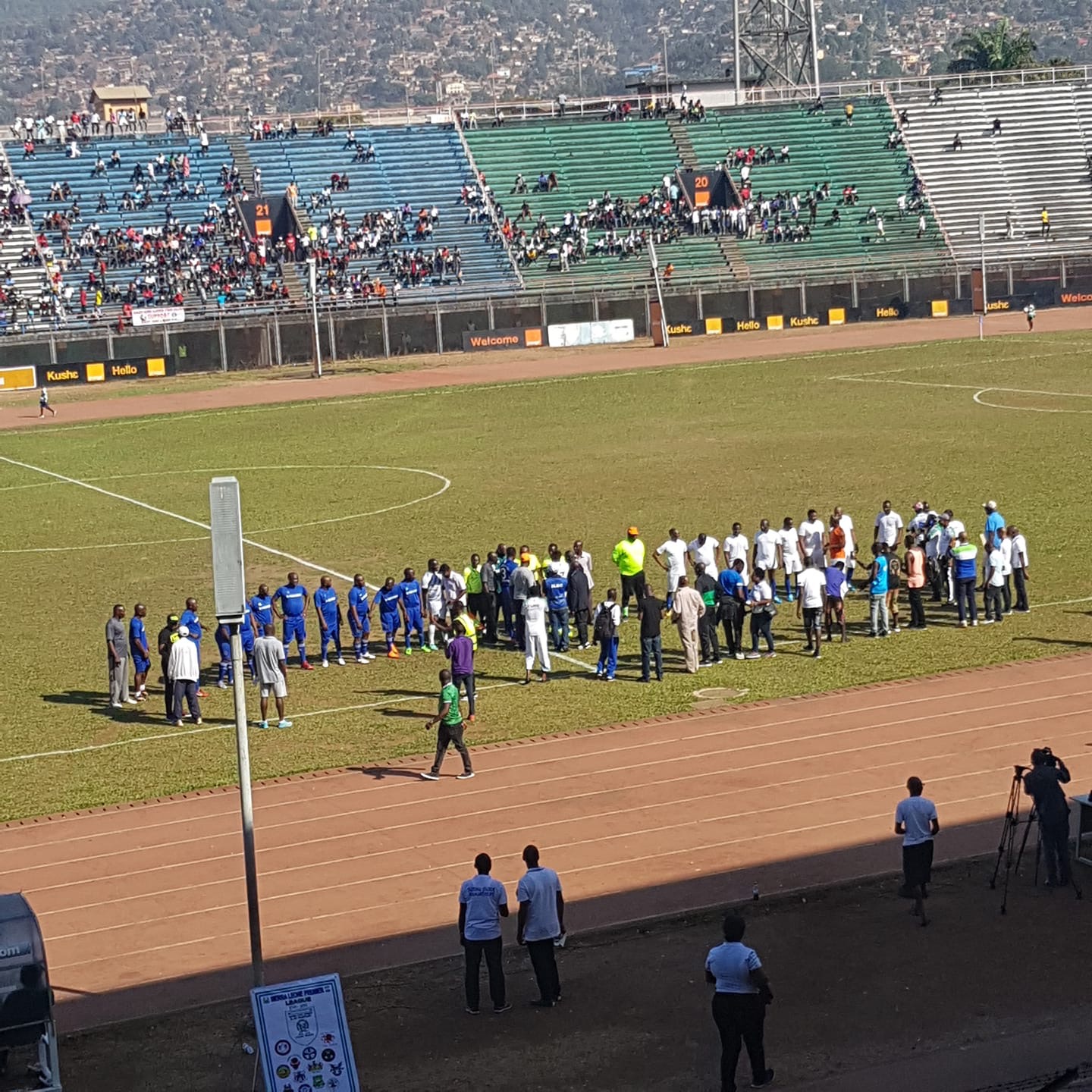 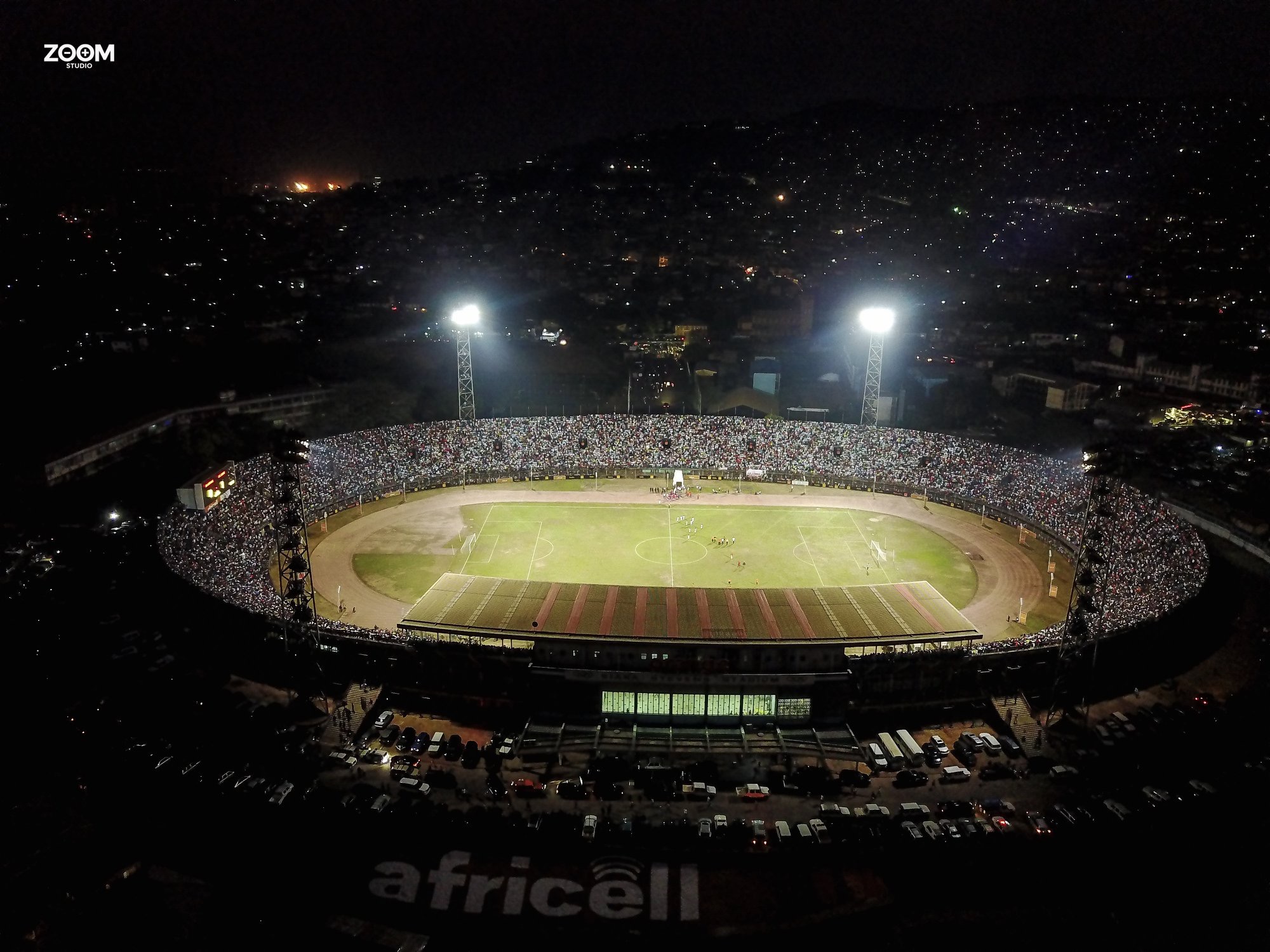 After a five-year hiatus, Sierra Leone’s Premier League has made a glorious return to the national stadium in Freetown. Thirty thousand fans, including President Bio, filled the stadium to watch two legendary local teams kick off the opening match of the 2019 season. The premier league is happening outside of the control of the Sierra Leone Football Association which is currently in disarray with two of its top executives on trial for corruption and a ban from FIFA.

This notwithstanding Sierra Leoneans united to bring local football back for the fans. Local businesses and entrepreneurs put up the funds needed to get the league up, and the government put up 2 billion leones ($230,000) to finance the season in the absence of FIFA. This is what happens when the people and the government work together.

The first matchup between East End Lions and Mighty Blackpool was broadcast on national TV, radio, and online. Those who could not be in the stadium fans in the diaspora tuned in online to watch AYV broadcast and stream on its website, mobile app and Facebook.

The East End Lions took the lead in the first half with a goal from Alusine Koroma. Mighty Blackpool would go on to dominate with ball possession throughout the game but their balls on target were minimal.

Whether the FIFA ban holds or not everyone in Sierra Leoneans appears committed to making sure that the premier league continues to grow. The league is a welcome respite from the political issues of the day. Today SLPP and APC politicians found themselves as fans supporting the same local teams. What makes football a beautiful game is less about what happens on the pitch but more about the bond it creates amongst people.

The last complete season of the premier league was in 2013. In that year the trophy went to Diamond Stars. After 2013 there was a split in the league with a majority of the teams boycotting the leadership of Isha Johansen. This season all teams have returned to the premier league while SLFA pres Johansen and one another are on trial for corruption.

Sierra Leone: Things we can’t say about the genital cutting of girls for Bondo

African fashion and crafts from Shop.GoWomanAfrica are all...