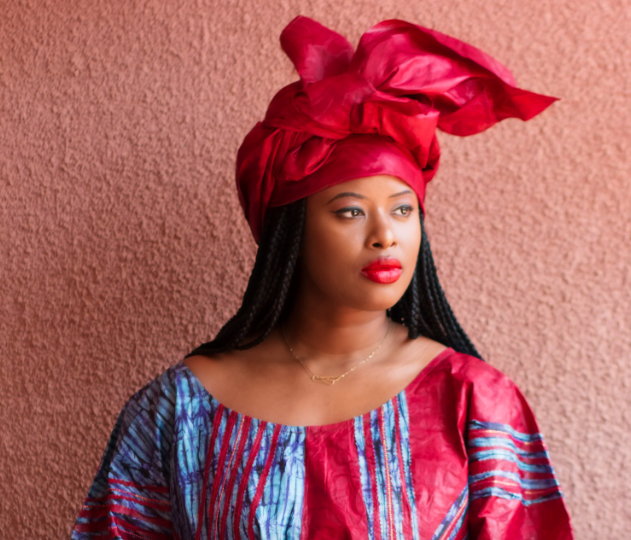 The Bondo/ Sande Society is the traditional right of passage into womanhood for Sierra Leonean girls. By the time our girls reach adulthood over 90% of them have been cut.

Recently I’ve been thinking about my childhood in Freetown. I’ve tried to understand how things might be different for me had I been initiated into Bondo. After all, my mother was cut, her mother, and her grandmother too.

At the age 12 after being cut while on holiday in Makeni my mother though just a child decided she wouldn’t do the same for her own daughter. My mother protected me from an experience that she describes as traumatic. But the majority of mothers in Sierra Leone require their daughters to join the society. Their childhood must be marked by the cut. Mothers want their daughters to become women as tradition demands.

Educated and worldly women from Sierra Leone embrace Bondo like you would embrace your child’s graduation day. Our women across all socioeconomic classes still want Bondo for their children even though the clitoris is a healthy organ, even though they know that they’re playing the lottery with the future health of their daughters, and yes even though girls have died during the process. Why do otherwise loving mothers choose to violate the sanctity of their daughters’ childhood by putting them through Bondo?

When mothers send their children to the Bondo Bush they believe they’re doing the right thing. They don’t want their children to be outcasts. They believe they are giving them a chance to belong, and most importantly they believe they are insuring them for marriage. If a girl is not circumcised by the time she marries she may not be accepted by the family of her groom. Is there a greater pain to an African mother than to have her daughter rejected because she is not a ”woman”?

Last month a 10 year old girl died while she was being initiated into Bondo. She was cut and she bled out. A woman was arrested but her parents who sent her there were not. Stories like this when captured by the media make the rounds and then they die out. More girls go to the Bush and life continues. There is no law against FGM in Sierra Leone. Even the country’s 2007 Child Rights Act does not protect girls from the cut. The 2012 Sexual Offences Act does not include FGM although it considers the penetration of a child as an offence. If what is done at the Bondo Bush was done by a man to a girl that would be a crime. However, if a woman, a cutter also known as the Sowei touches and cuts a girl’s genitalia that is considered legal. How do we disrupt the Bondo Bush?

A friend asked me how many other all female spaces exist in Sierra Leone? There are none. Men dominate everywhere and exclude women in all other spaces. The fact is there is nothing like Bondo. In the Bondo Bush all power is invested in a female authority. It is the only place reserved for and ruled by women. It is a sisterhood, and a sorority. If you take away Bondo you take away that one place of absolute feminine power guaranteed by our tradition.

We need to nurture and preserve feminine power not kill it. Our challenge as this generation of women is to create more spaces for sisterhood and woman power. Bondo cannot be the space because it is not a safe space. It is also now no longer this weeks long confinement to the Bush, where you ”learn to be a woman”. The modern-day Bondo experience has been for the most part reduced to a quick cut, just the cut no sisterhood. In Freetown, girls are being cut in backyards and bathrooms, sometimes with anesthesia most times just raw.

We need new spaces where girls and women can be fem-focused and safe from harm. Spaces were women teach girls about their bodies, about sex and sexuality, about inappropriate touching, and recognizing sexual abuse. Spaces where there can still be gifts and African song and dance, and sisterhood.

We need to protect the minds and bodies of girls in Sierra Leone. Bondo need not be the rite of passage for our girls. It offers them a sense of belonging yes but trauma should not be what makes a Sierra Leonean woman. On this UN Day of Zero Tolerance for Female Genital Mutilation ,I would like to invite all Sierra Leone’s women, both the cut and the uncut to commit to protecting girls from Bondo.

It is also time for the government of Sierra Leone to criminalize the cutting of girls. In 2019, when we say #Hands of Our Girls it can not just be limited to sexual abuse. #HandsOffOurGirls must be taken to the Soweis in the Bondo Bush, because what goes on there is child abuse even if it is with the blessings and permission of a girl’s family. We need to protect our girls.