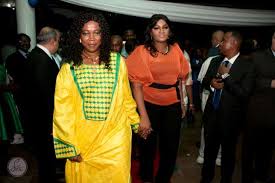 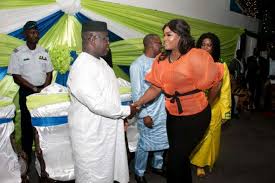 First Lady Fatima Jabbie Bio was an actress before she married the President and if yesterday is any indication of things to come, we can expect to see many more Africans in the entertainment industry in Sierra Leone.

Touch down Sierra Leone 🇸🇱!Congrats to All Salone people on the inauguration of your New President. His Excellency President Julius Maada Bio I am also honored to be Representing my Country Nigeria by Entertaining The New Government at the Inaugural Ball later this Evening.❤️ pic.twitter.com/WKbwdjiyJl

In 2013 First Lady and Mr. Ibu appeared in the film, Ibu in Sierra Leone and were together with Mr. Bio were at its London Premiere.

Omotola was previously in Sierra Leone as a humanitarian on invitation of the World Food Programme in 2009.

Davido performed in Sierra Leone in 2017.

Sierra Leone: Everything you need to know about Tacugama Week (May 15-19)!

VIDEO: How was Lauryn Hill’s first concert in...