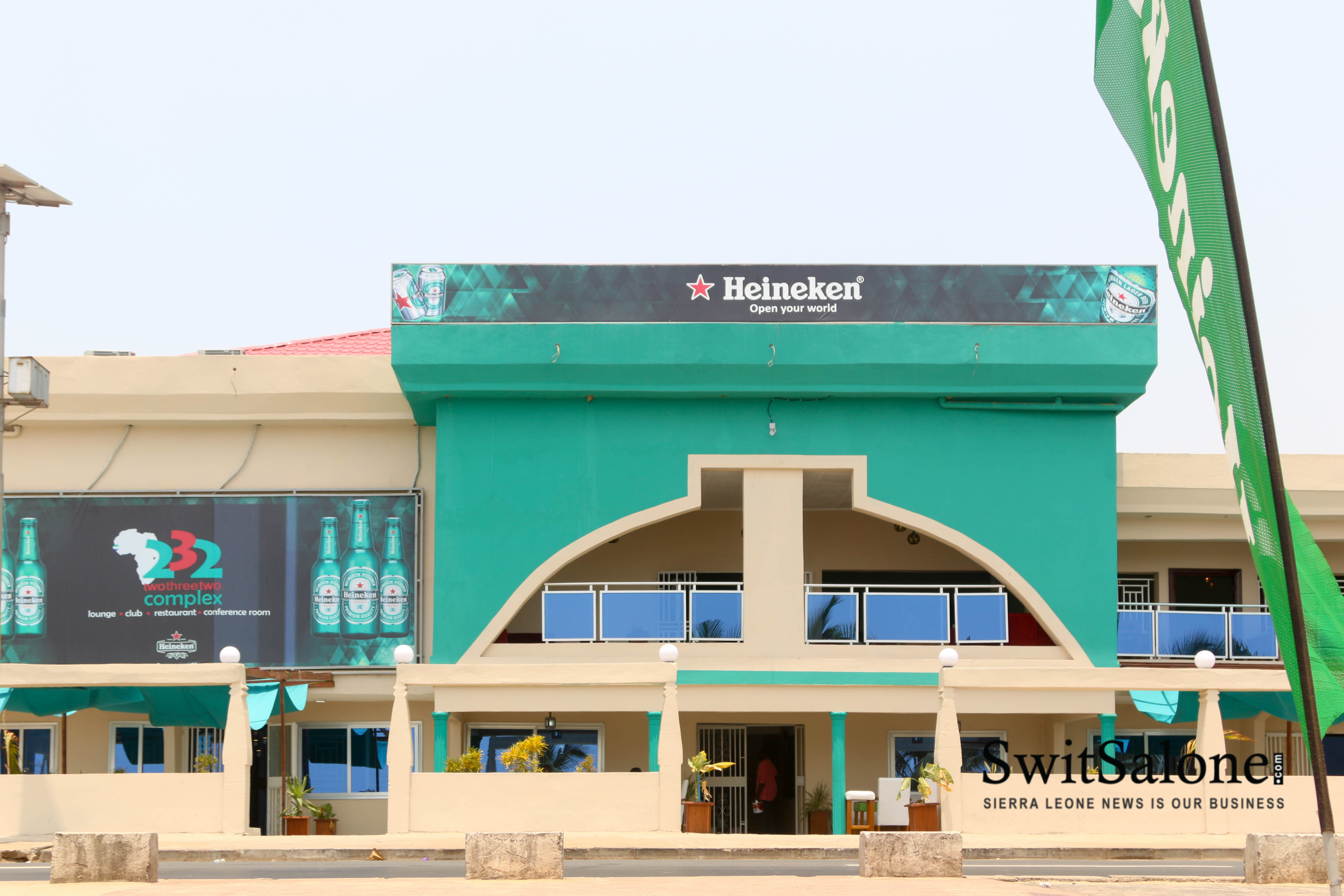 232 Complex is what’s new on Lumley Beach. The bar hopes to be an all in one hang out spot with a restaurant, a club, and a VVIP club co-located.

232 Complex is co-owned by Dereque Davies and Tarek Rahme, in partnership with Sierra Leone Brewery Limited (SLBL) the Heineken subsidiary.

From the outside, colours of green and white are dominant on the building.  These colours continue indoors, from the walls to decoration of bamboo to the custom Heineken “beer wall”

The Heineken influence is evident and as they are one of the major sponsors -under Brewery, 232 Complex have the advantage to sell one bottle for Le 15,000. They also sell other SLBL products such as Star Beer, Mützig among others -these will be sold at the same prices as smaller distribution stores in the country, in addition to the usual popular alcoholic brands of rum, whiskey such as Malibu, and Jack Daniels. This they hope will bring in a different clientele.

“We wanted to create a place for a mature crowd – hence the age limit being set at 21. It is important for people of this age group to feel comfortable when going out, this is why we also include the different aspects and elements to 232 with the various rooms such as the lounge, the VIP club and the VVIP section,” said Mr. Davis.

“There is something for everyone!”

The building was designed by Ms. Kathleen Jah an architect worked tirelessly to create the space that is now 232 Complex. She also handled the creative direction for the interior design to make for a remarkable set up.  The interior is local, rustic, and authentically Sierra Leonean, something the beach really needed.

Opening hours for the club will be 11pm-5am and the restaurant hours will be Sunday-Sunday 12 Noon to Midnight.