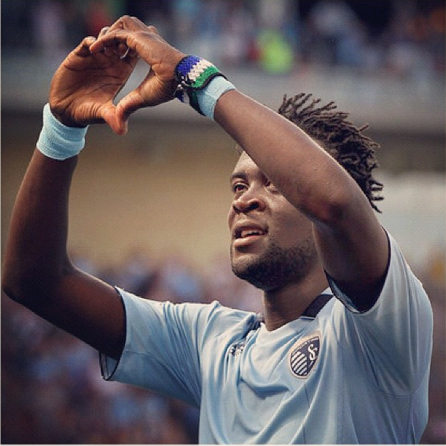 Kei Kamara has announced via BBC Sports that he will no longer play for Leone Stars, the national football team of Sierra Leone because he says the FA doesn’t treat players fairly.

A rep for the Football Association has denied Kamara’s claims and says he speaks only for himself and not other members of the team.

Kamara has been an important part of the national team line up since 2008 when he was called up. Today he is the highest leading goal scorer in Major League Soccer in the US, where he plays for Columbus Crews. He is the only MLS player to have scored against 21 different teams, with 22 goals this season.

This is another very sad development in Sierra Leone Football.