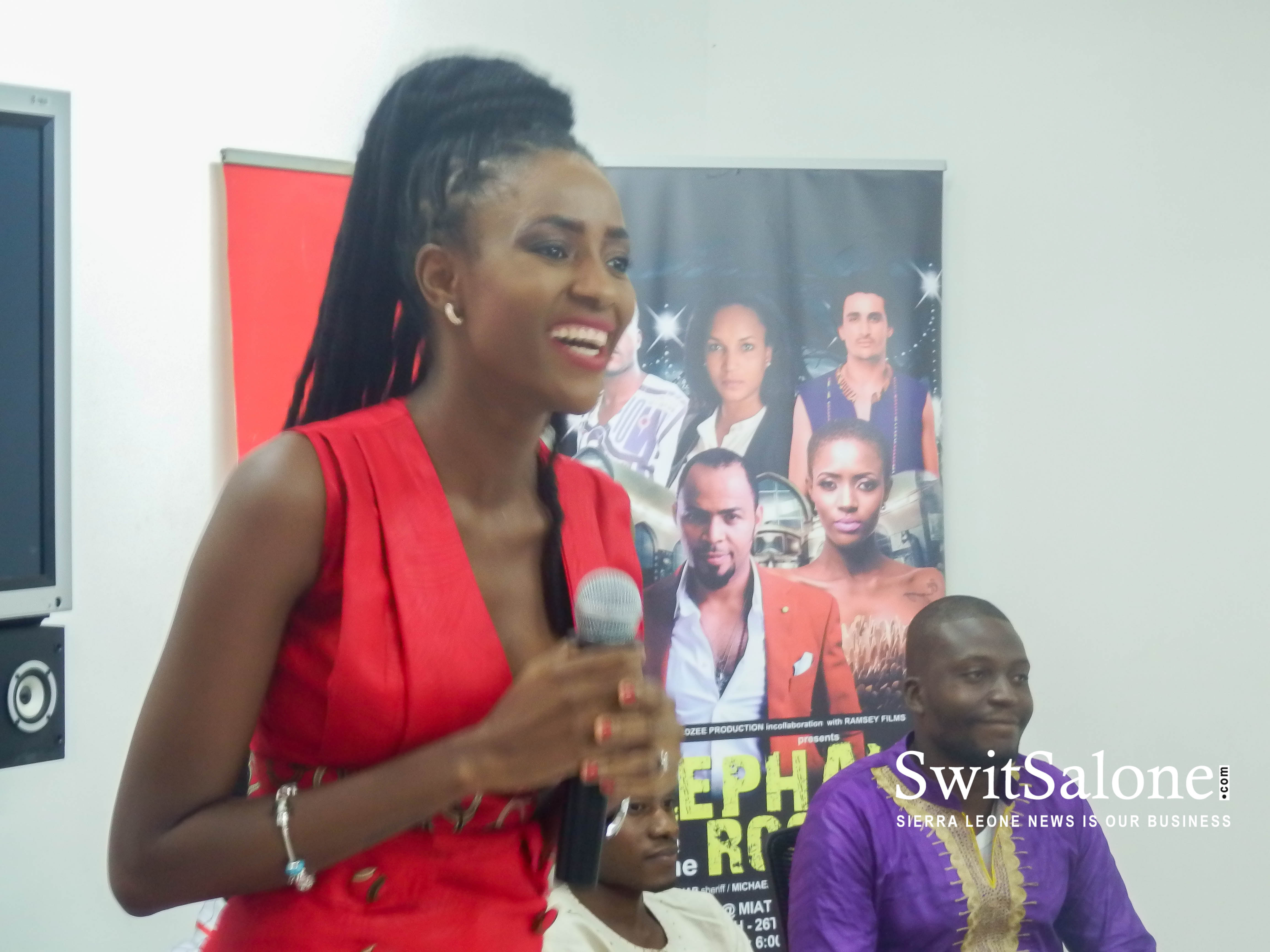 Elephant In The Room, a new film starring Big Brother Africa’s Zainab Sheriff and Ramsey Noah will premiere at the Miatta Conference Centre in Freetown on September 25 & 26 2015.

Speaking at a press conference held last week, Sheriff said that her new film is a romantic comedy inspired by her life and her desire to make it big and gain fame.

Sheriff thanked Sudipto Chowdhury, Managing director of Airtel Sierra Leone for supporting and sponsoring her premier. She said she was forever grateful to him.

The model turned actress announced that the film’s budget was $60,000. She shares producer credits for the Elephant in the Room with her co-star Ramsey Noah.

She expects 1000 people to show up at the film’s premiere and that 20% of the revenue from the premiere will be donated to Ebola widows.