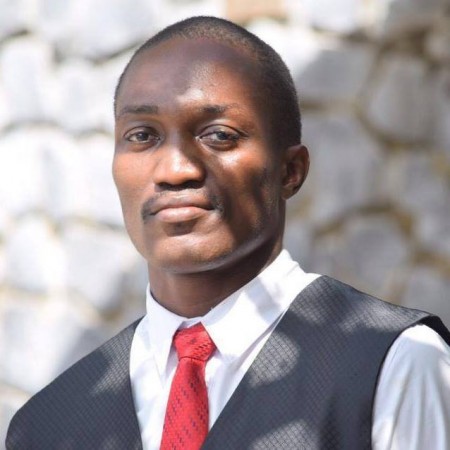 Edward Nonie is one of a handful of Internet entrepreneurs in Sierra Leone. He started his first e-business, a web development consultancy in 2007 while studying to become a Mechanical Engineer at Fouray Bay College. Two years after he graduated, he says he was certain that  being in business was the path for him.

With $2000 from his parents, he got start up capital to launch Go Shop Sierra Leone an ecommerce company that allows local consumers to purchase international goods online.

Later Nonie got a $50,000 investment from Tom Cairnes of Mano Cap who he says is his mentor. Go Shop has 7 full time employees and 6 more on contract.

Nonie’s days start at 3:30am when he says he reads business, and personal development books. He goes back to sleep an hour and a half later and wakes up to fully start his day at 8 am.

He gets to the office at 9:00am and doesn’t leave on most days till 9:30pm when Go Food, (a restaurant delivery subsidiary of GoShop) has made its last delivery.

Nonie is home between 10pm and midnight when he watches anything from Aljazeera, to CNBC or for some laughs, Comedy Central. 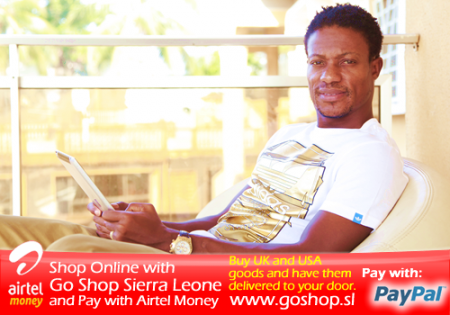 The raison d’etre of GoShop is to make it easier and more affordable for Sierra Leoneans to get goods from abroad. They used both traditional media like posters and radio to advertise the company as well as social media. However Nonie says that people’s initial reaction was that of distrust.

“People did not believe initially that they could possibly pay a service to purchase and deliver goods from the United States,” he says. Especially when they would fail to deliver in the time frame they had promised. Disappointing customers in those early phases of the business were personal lows for Nonie. It brought company operations to a full stop while he and his team focused on clearing the bottlenecks within GoShop’s logistics to ensure timely customer delivery. Nonie said fixing that challenge made his team more committed to success. To date GoShop has made $80,000 worth of deliveries a serious accomplishment in a country where only about 100,000 people have access to the internet.

One of the unique features of GoShop is that it also now offers a purchase for hire service for salaried professionals. With GoShop’s ‘Pay 25’ financing scheme employed locals can get electronic appliances with a 25% deposit while making the remaining payments over a period of 6 months.

Of Aramaex a new competitor in the commerce logistics business now operating in Sierra Leone, Nonie says GoShop’s pricing and experience still give them the competitive edge.

“We offer a concierge serve that takes all the hassle off the customers hands. We source the goods, buy them on client’s behalf, and coordinate delivery to Sierra Leone all the while sending updates to customers every 48 hours.”

Nonie says that since starting this business he has learned valuable lessons, like the need for patience, and commitment. However it is a new found belief that he can accomplish anything he sets his mind to that has completely transformed his approach to GoShop.

What’s going to keep his company growing? Running an operation based on systems and not personalities that’s what.

“I want to know that if I was no longer around today the company would continue to operate,” Nonie says.

That’s why he is focused on building slowly and for the long term, growing GoShop’s market over the next decade first in Sierra Leone and then across the ECOWAS sub region.

Even though Internet penetration in Sierra Leone is just 1.7 % and for now GoShop primarily caters to high income earners Nonie is confident in the nation’s growth and potential.

“We’re hedging our bets on Sierra Leone and her greatness and we know she’s not going to let us down.”

Vickie Remoe and others awarded 100 most Influential...