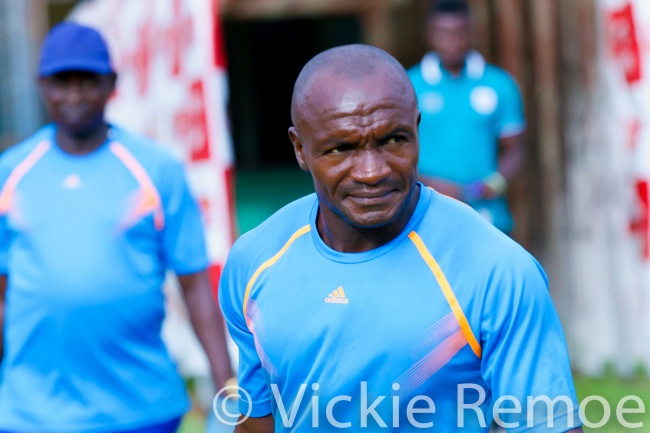 As with most recent incidences of public officials behaving badly, it was from various WhatsApp chat groups that Sierra Leoneans heard the exchange of ‘mammy cuss’ expletives between Paul Kamara, the Minister of Sports and John Sherington, the technical director of Leone Stars.

BBC Reports that the latter has now been suspended while the FA sets up a three man committee to investigate the row between the two officials. The recording which went viral last week apparently took place after Kamara banned Sherrington from entering the stadium back in October 2014.

Clearly the FA officials were aware of the incident when it occurred back in October, why they only choose to act now after so much time only they can say.

For most of us who heard the exchange of “your mother this” and “your mother that” it is exactly the kind of gutter speak and ghetto behavior we have come to expect from our public officials so nothing new there.

We just wish sporting officials would for once put their over inflated egos and delusions of grandeur to rest, spending more of their energy on improving the state of our teams than bemoaning each other’s poor innocent mothers.