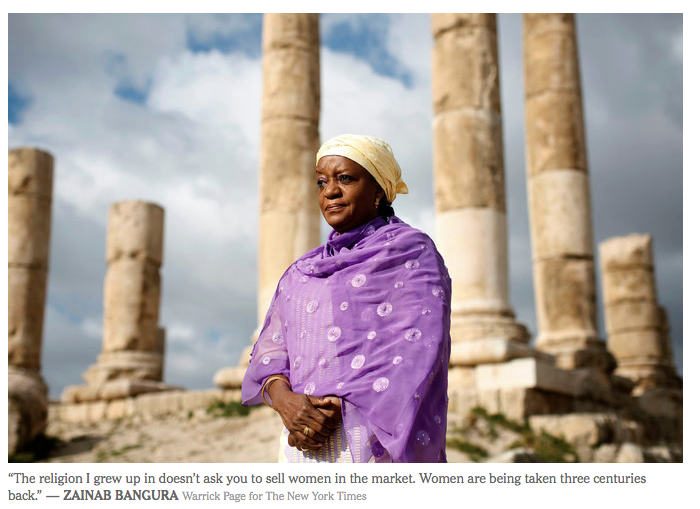 On the NYTimes’ Saturday Profile Sierra Leone’s one time Minister of Foreign Affairs, and Minister of Health, Zainab Bangura explains how her past experiences at home inform her current role as UN Special Envoy for Sexual Violence in Conflict. 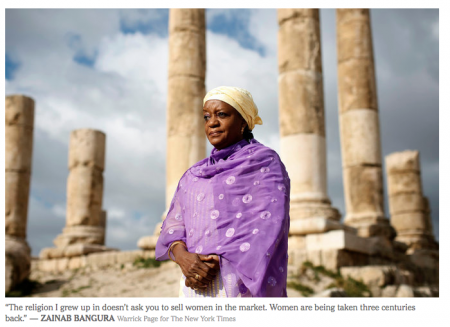 HER FATHER wanted to marry her off by the time she was 12. Her mother most definitely did not, and for this conviction, she paid dearly.

Zainab Bangura’s father walked out on the family, leaving her mother to make ends meet by selling whatever she could in the market — firewood, food, fabric to make dresses.

“She decided: ‘It doesn’t matter how much it costs. I will send this girl to school,’ ” Ms. Bangura recalled.

Education radically changed her destiny, eventually landing her one of the most unnerving jobs within the United Nations.

As the secretary general’s special envoy for sexual violence in conflict, Ms. Bangura documents abuses against women — the wars within the wars for power and riches. Then she goads the men who lead those wars to do something about it.

The daughter of an imam from Sierra Leone and a onetime refugee from war herself, Ms. Bangura, 55, is certainly no stranger to stories of despair and survival.