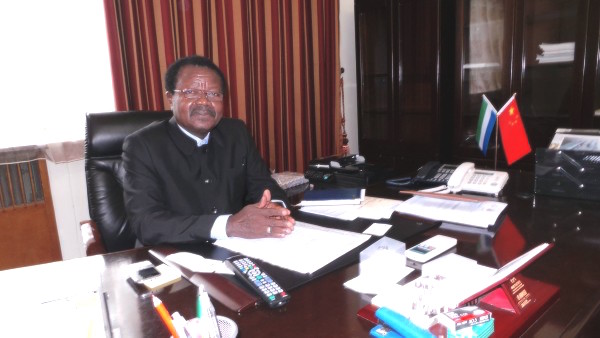 “It has pleased President Koroma to appoint Victor Bockarie Foh as Vice President of the Republic of Sierra Leone.” ~ State House Press Release

Who is Victor Bockarie Foh?

Victor Bockarie Foh was educated at Jimmi Bagbo, Bo School and Fourah Bay College, from where he graduated in 1969.  He taught Economics and Government at the Ahmadiyya Secondary School, Kissy Dockyard in 1969/70 as the first indigenous Sierra Leonean graduate teacher in that school.

Victor Bockarie Foh joined the All People’s Congress (APC) Political Party in 1970 as a registered card carrying member and has ever since loyally and devotedly served the Party in several capacities including District Chairman, Bo District, Regional Chairman Southern Region and Assistant National Secretary General.

He was elected National Secretary-General of the APC at the party’s convention in Port Loko in 2002, a position he ably held for 10 years, until he was appointed Ambassador to the people’s republic of China.