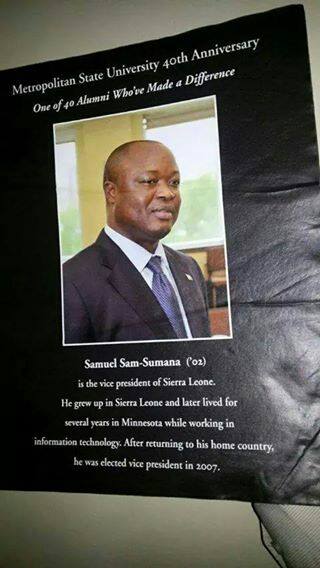 One of the reasons that the APC party has given for the expulsion of the Vice President Samuel Sam Sumana from the party is that he lied about his academic qualifications. They didn’t state which one of the academic qualifications he lied about but the most important one on his biography is that he graduated from Metropolitan State University, Minnesota.

So did Sam Sumana actually attend and graduate from MSU? The answer is YES HE DID!

Where’s the proof? Well in 2011 as they do ever so often Metropolitan State published its list of 40 Alumni who have made a difference. Listed in that 2011 publication is Samuel Sam Sumana who graduated in 2002.

“Samuel Sam-Sumana (’02) is the vice president of Sierra Leone. He grew up in Sierra Leone and later lived for several years in Minnesota while working in information technology. After returning to his home country, he was elected vice president in 2007.”  ~ 40 Alumni Who’ve Made a Difference 2011/201 – Metropolitan State University, Minneapolis, Minnesota 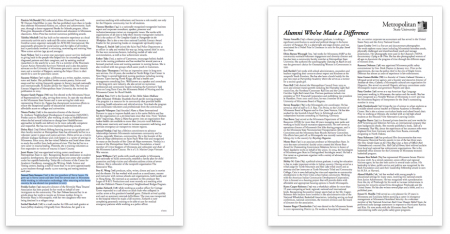 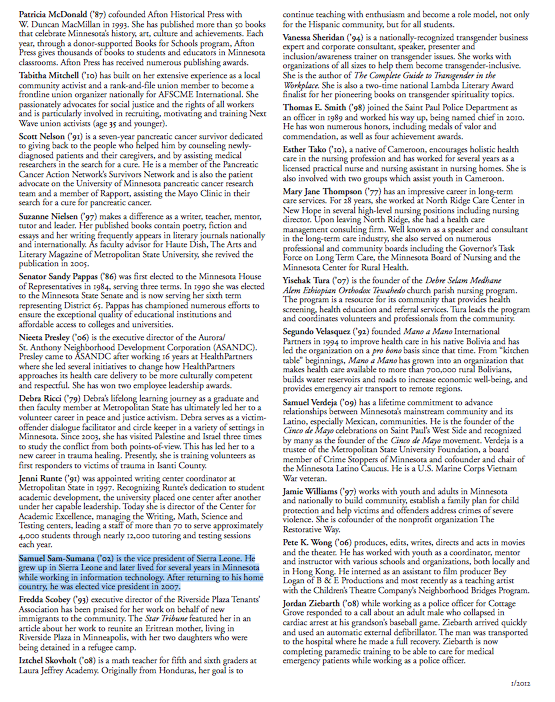