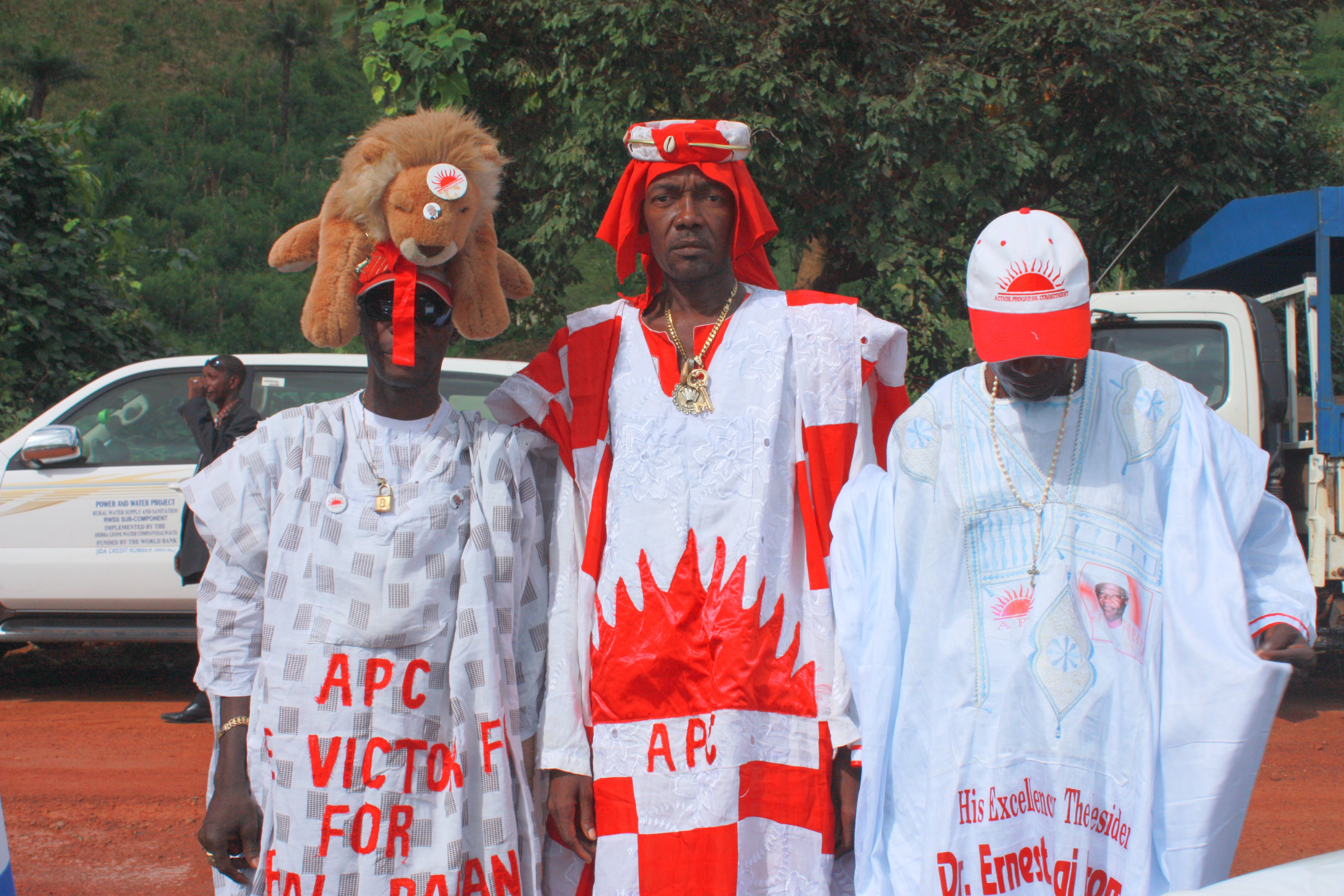 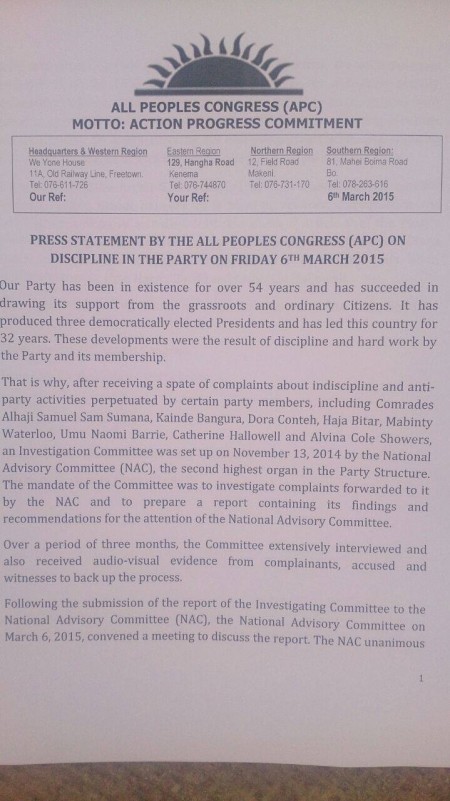 The All People’s Congress has released a statement explaining the outcome of its National Advisory Committee meeting that took place yesterday in Freetown. APC has taken disciplinary action to expel a handful of APC party members including Samuel Sam Sumana, the Vice President of the Republic of Sierra Leone. The letter is dated March 6th 2015 and signed by Osman Yansaneh the party’s Secretary General. 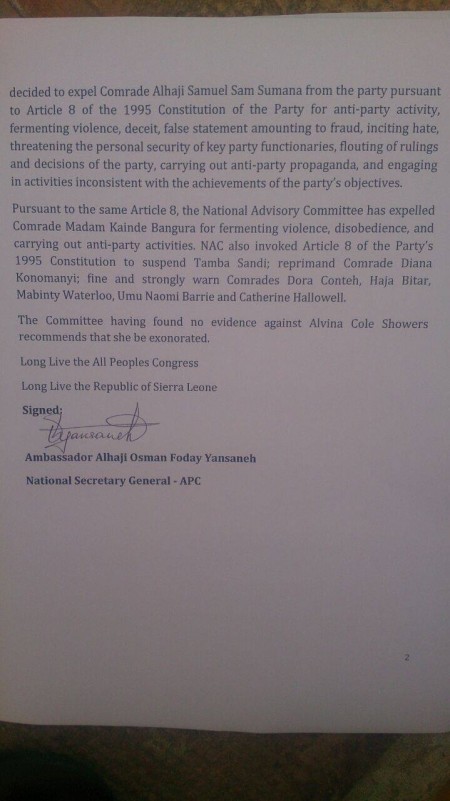 “The NAC unanimous decided to expel Comrade Alhaji Samuel Sam Sumana from the party pursuant to Article 8 of the 1995 Constitution of the Party for anti-party activity, fermenting violence, deceit, false statement amounting got fraud, inciting hate, threatening the personal security of key party functionaries, flouting of rulings and decisions of the party, carrying out anti-party propaganda, and engaging in activities inconsistent with the achievements of the party’s objectives.”