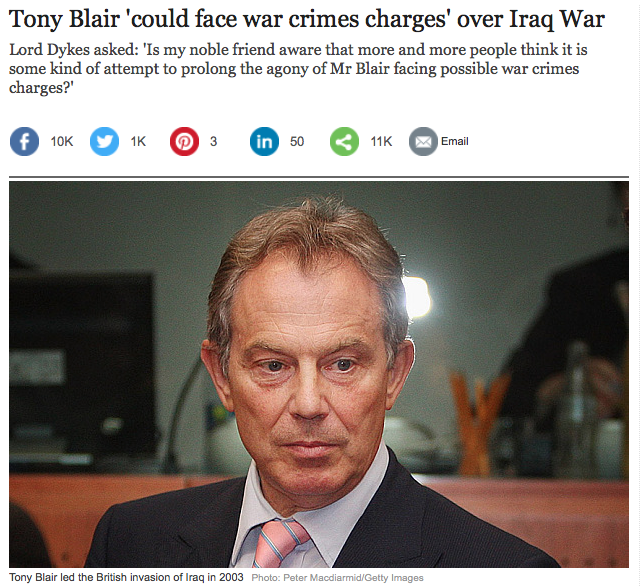 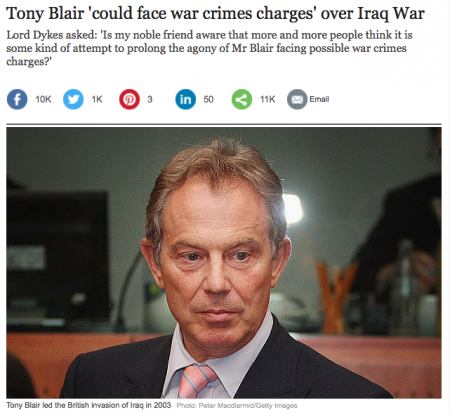 Tony Blair, former UK Prime Minister, and advisor and “friend of the President and Sierra Leone“, could face war crimes for the post 9/11 British Invasion on Iraq. Tony Blair’s Office runs within the office of the President in Sierra Leone under his Africa Governance Initiative. The office is said to be providing good governance advise and support.

Back in the UK however the yet to be released Chilcot Inquiry will include amongst other evidence; cabinet meetings, and conversations between Blair and George Bush going into and during the invasion of Iraq. The inquiry will try to ascertain how much Blair knew about the non existing weapons of mass destruction in Iraq, torture and mistreatment of prisoners.

The publishing of the Chilcot Inquiry has been long over due but once it is out, Blair’s role will be better understand.

Speaking in the House of Lords, Lord Dykes – who as Hugh Dykes was a Tory MP from 1979 to 1997 – asked: “Is not this continuing delay an utter and total disgrace and so much time has elapsed?

“Is my noble friend aware that more and more people think it is some kind of attempt to prolong the agony of Mr Blair facing possible war crimes charges?”