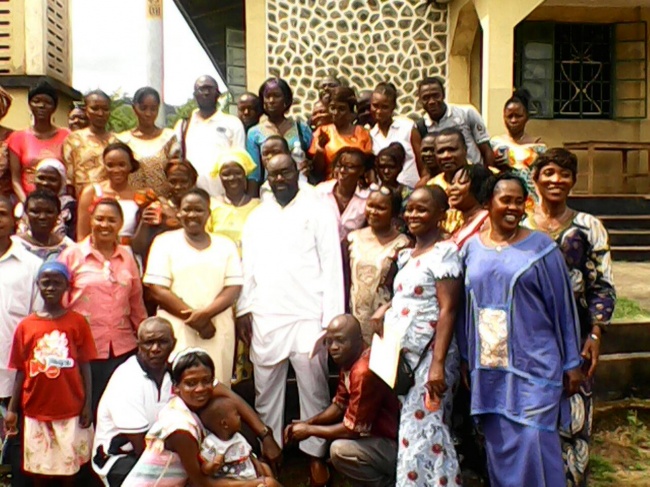 Participants at Sierra Leone's first ebola survivors conference in Kenema, Eastern Sierra Leone in October 2014 was organized by UNICEF in white is the Minister of Gender and Social Welfare M. Kaikai 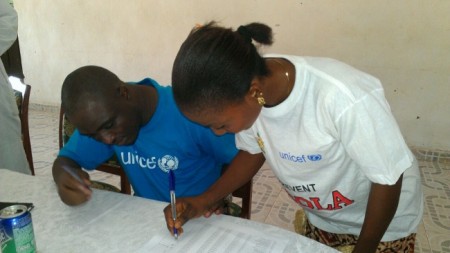 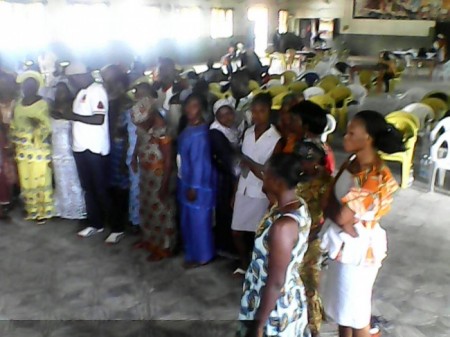 Forty ebola survivors were in Kenema, in Eastern Sierra Leone yesterday attending the first ebola survivors conference. The two-day conference was organized by UNICEF in partnership with the Ministry of Gender and Social Welfare. The goal of the conference was to collect testimonials from the survivors on their experiences at the management centers, and to understand the kind of assistance now needed. More than half of the survivors were women, including one survivor who had lost her entire family in the outbreak.

The Minister of Social Welfare, Mr. Kaikai said that the government intends to support some 1000 survivors across the country with preference given to those in Kenema and Kailahun. Each survivor present signed a register, and was given a mobile phone.

(With reporting from Safiatu Tunis)