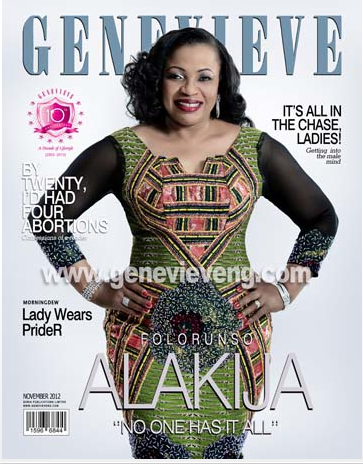 For years many of us have dreamed of being adopted by Oprah Winfrey because she was the richest black woman in the world. But if you’re from West Africa you’ll be happy to know that Oprah no longer holds this title. Mrs Folorunso Alakija worth an estimated $3.3 billion is the Nigerian oil tycoon to knock Oprah off the top spot says Ventures Africa. The monthly pan African magazine argues that Forbes under-valued Mrs Alakija’s net worth when they valued her at $600 million in November.

Before Mrs Alakija got rich from the oil sector, she was a secretary in a bank. She also studied fashion design and owned a label called Supreme Stitches. Although she was from a wealthy polygamous family, Mrs Alakija made her early fortune selling expensive garments to Nigeria’s élite women.