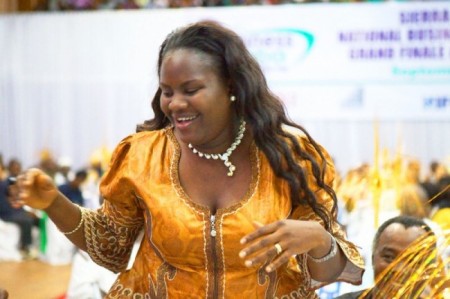 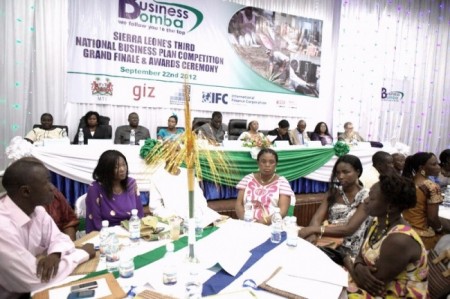 Mobile toilets, dried fruits, and lemon grass soaps and oils will soon be available in Sierra Leone courtesy of a national grant making competition that awards start-ups after a rigorous business plan competition. The annual Business Bomba paid out 730 million leones (168,00 USD) to five grand winners and eight others. That was $50,000 more than was awarded in the previous year. The five winners who received 100 million leones ($23,000) won the in the following categories; Agriculture, Women, Youth, Technology, and General Business.

As winners of the ‘Business Bomba’ each person will receive additional assistance and business development support for 12 months. Grant payments are made in three installments on a schedule drawn up by each entrepreneur. In addition each one of this year’s winners will receive 2 million leones for each job they create courtesy of DFID.

Business Bomba is run by  the African Foundation for Development in Sierra Leone (AFFORD-SL) and the initiative which began in 2009 is a partnership with the Ministry of Trade and Industry. Back then Eva Roberts a medical doctor who had returned home from the diaspora won with her plan to turn a home tea recipe using the Moringa leaf into a commercial product she called Morvigor.

Although this and past competitions have been funded by the Soros Foundation, AFFORD-SL has to reapply every year with no guaranteed source of financial support. Nevertheless AFFORD’s technical director Manja Karbo-Abdulai says she hopes to raise half a million dollars for Business Bomba IV to increase the grants to the grand winners.

This year half of the Business Bomba’s winners were women as a result of the addition of a youth and women’s category.  That is 30 percent more than last year. Winners of the last two competition have created over  300 jobs in Sierra Leone. And 80 percent of those start-ups are still in business 3 years later.