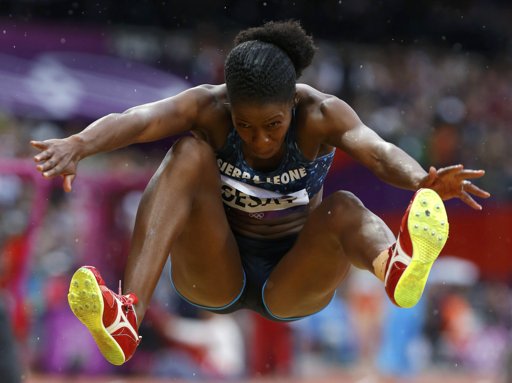 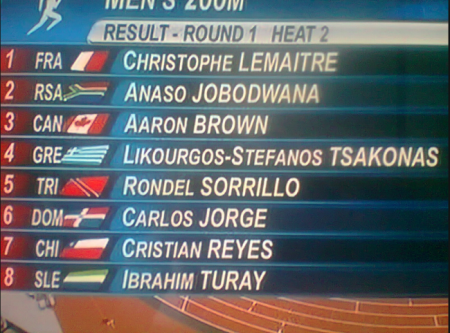 Yesterday Team Sierra Leone made attempts to qualify for their respective track and field games at the London 2012 Olympics. In the morning wearing BIB 2927 18 year old Ibrahim Turay competed in the men’s 200 meters in Heat 2 and he finished last of the 8 men on the field. On the upside Turay’s time of 21.90 was his personal best and set a new record for Sierra Leone.

Later in the evening Ola Sesay  who trains in the US wearing BIB 2928 participated in the Women’s Long Jump and placed 12 of 16 in her group A trials. She had a mark of 6.22 and failed to move on to the next day’s finals.

Although neither athlete qualified for their respective sport Sierra Leoneans on social media sent congratulatory messages of support.

Blogging Sierra Leone: A critic and survey of...