Postcards from Freetown, Sierra Leone: Then and Now 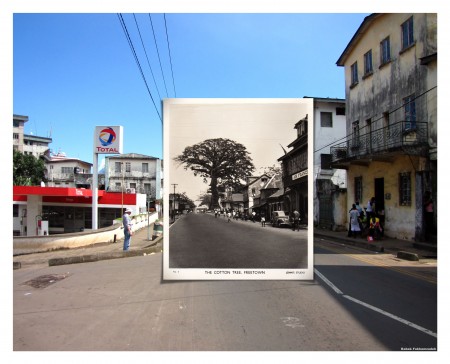 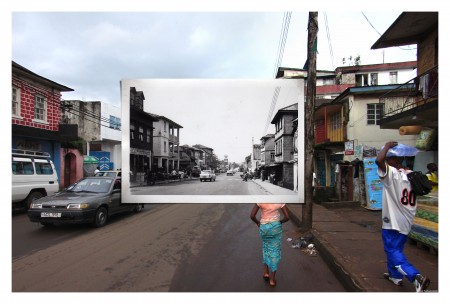 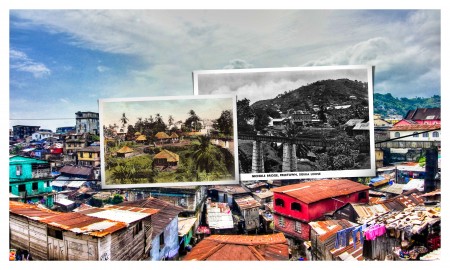 Babak Fakhamzadeh found old postcards from mostly colonial Sierra Leone, and he decided to compare what was then to what is now.  The series of “Once Salone: Freeown’s then and now” is a photography project that sent him sometimes to the most unlikely places to identify the locations. According to Fakhamzadeh, “some of the postcards which seemed easily identifiable turned out to be amongst the hardest to locate.”

On this end it looks like over crowding and poor urban planning has taken over what used to be a pristine little town. Sniff Sniff… Hopefully Freetown will regain its charm again.

Or we move the capital city to Yele and start over.

An exhibit of the work opened at Bliss Patisserie in Freetown where you can also purchase the images. For those of you who happen to be far away like myself, “premium prints” are available here.

Check out the rest of the collection on Flickr

Sierra Leone’s Medo Kamara – soon to play for the Gunners?

Royal Dynamite: State of the Union

Sneak Peek of Sydney Davies made in Sierra...

You Are Invited: Royal Dynamite opens Shop in...