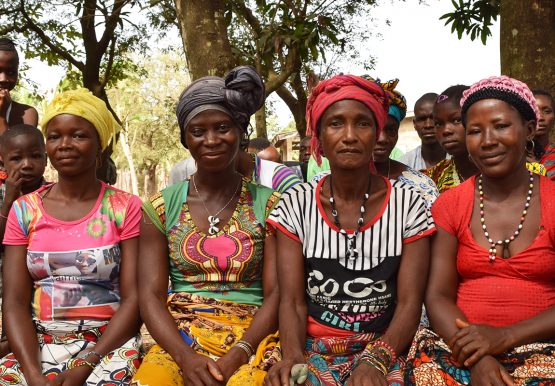 President Julius Maada Bio has enacted the Gender Equality and Women’s Empowerment Act (GEWE) into law, requiring 30 per cent of government and private sector jobs in the country to be reserved for women.

According to a report by BBC Africa, President Bio apologized to women for the poor treatment they had in the past. “For so long we haven’t been fair to you,” said President Bio.

Over the years, women and girls in Sierra Leone have been the most vulnerable in society, exposed to discrimination, and sexual and gender-based violence, among others. The current sitting government has about 5 per cent of women in cabinet positions and the parliament has over 12 per cent female parliamentarians.

The Minister of Gender and Children’s Affairs, Manty Tarawalli says women have been “crying” out “for years” for this change.

“It means a lot to women in Sierra Leone, no other sub-Saharan African country has passed such a law,” said Ms. Tarawalli on BBC’s Newsday.

She further said that the law will give chances to girls in school to become aware that there are opportunities for them in Sierra Leone for employment for business and for them to contribute to the economy.

The Gender Equality and Women’s Empowerment Act (GEWE), women will also benefit from ringfenced senior positions in the workplace, at least 14 weeks of maternity leave, equal access to bank credit and training opportunities.

There are penalties for employers who do not comply with the new law, including USD 2,000 fines and even imprisonment for institutions like banks that do not give women fair access to financial support. It is thought this will make it easier for women to start their own businesses.

However, the government has said that the employment law will be applicable to businesses/institutions with more than 25 employees.

“The move was important, but more steps will need to be taken before the country can say fairness has been achieved across the genders,” said Ms. Tarawalli.

Prior to the law, the United Nations sexual and reproductive health agency (UNFPA) said that “progress has been made in expanding opportunities for women and girls” but warned that “gender inequality and denial of women’s rights are still prevalent at all levels in Sierra Leonean society”.

As for gender equality in the continent as a whole, UN Women also says that progress has been made, but “the majority of women work in insecure, poorly paid jobs, with few opportunities for advancement”.