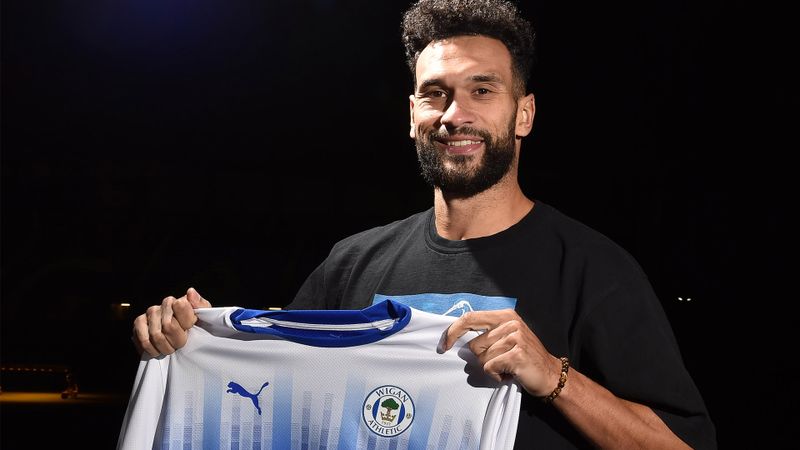 Steven Caulker, the captain of the Sierra Leone men’s national football team, has joined the English Championship side, Wigan Athletic.

The 31-year-old skipper’s deal with the club will last until the end of the 2022/23 Championship campaign and will wear the number 29 shirt during his time at the DW Stadium.

“This challenge, at this time of my career, is the right step for me. I’m excited,” said Caulker to Latics TV.

Caulker has vast experience in the Premier League with the likes of Tottenham Hotspur, Queens Park Rangers, Cardiff City and Liverpool. He started his professional career at Tottenham Hotspur in 2009, before spending three seasons on loan with Yeovil Town, Bristol City and Swansea City to gain senior experience.

On the back of his impressive performances at Swansea, he was given a call-up for England in 2012, and that same year, Caulker represented Great Britain at the London Olympics.

Following his international exploits, Caulker made 28 appearances in all competitions upon his return to White Hart Lane, before making a permanent switch to Cardiff City in July 2013. He was an ever-present for the Bluebirds in the Premier League, playing every minute of the campaign, scoring on five occasions.

In 2014, he transferred to Queens Park Rangers and made 36 league appearances in his debut season for the club, before departing on loan to Southampton for the first half of the 2015/16 campaign. He later spent the remainder of that season on loan with Liverpool, where he worked under Jürgen Klopp at Anfield and was a teammate to Wigan Athletics team manager Kolo Touré.

After departing QPR in December 2017, Caulker had a brief spell north of the border with Dundee, before moving overseas to Turkish Süper Lig side Alanyaspor at the start of 2019. He was a huge success during his time in Turkey, with his form earning him a move to Fenerbahçe in June 2021.

He would spend his lone season there on loan with Gaziantep, before moving to fellow Turkish top-flight side Fatih Karagümrük last summer. After returning to England earlier this month, Caulker joined Wigan Athletic on a short-term deal.

The central defender in October 2021, switched allegiance to Sierra Leone from England and represented them in the 2022 African Cup of Nations. In total, he has played over 300 senior games in his career to date.