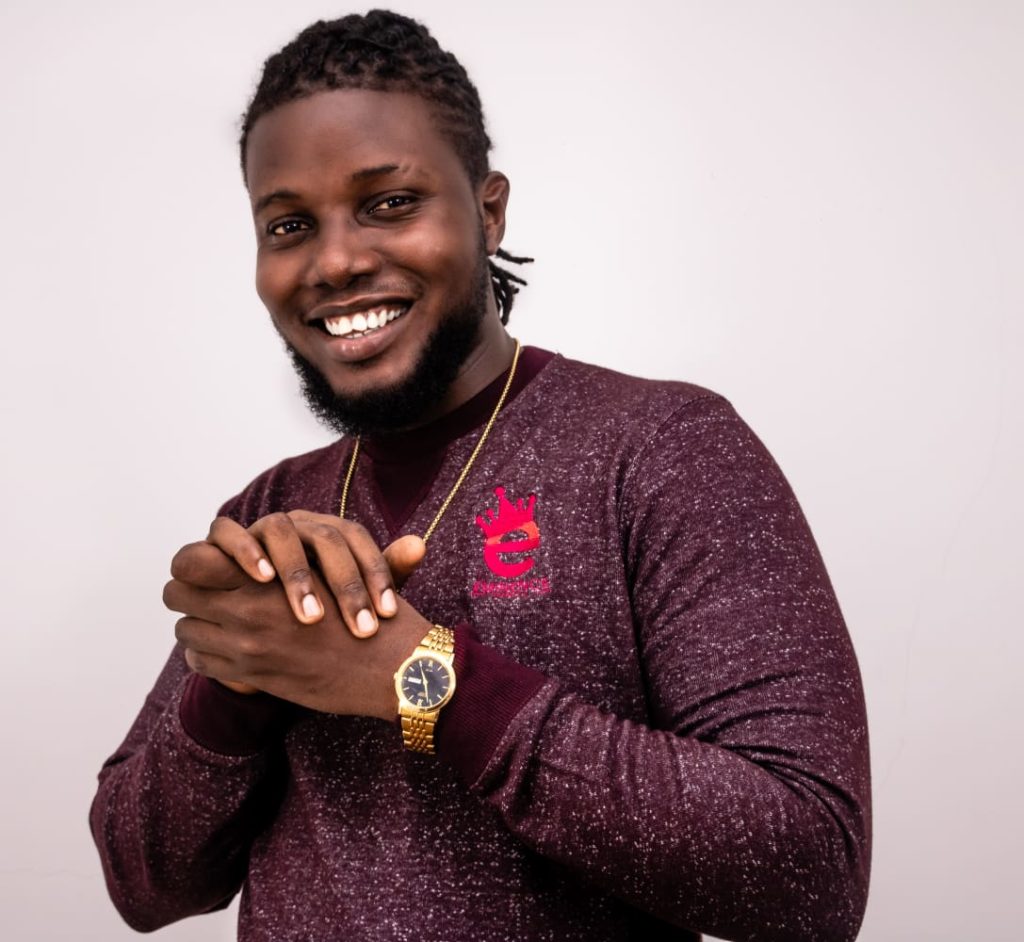 A new school of Sierra Leonean creatives is on the rise in Freetown. The movement is led by young Millenials using the country’s traditional music to create afrobeats hits with a distinct Sierra Leone DNA.

One musician drawing inspiration from Freetown’s ɔl tin de insai syncretic musical style is Reginald “DJ Rampage” Daramy, a multi-instrumentalist, producer, and disk jockey. He is the mastermind behind Drizilik’s new chart-toping “Ashobi” album and “Shukubly”. Before DJ Rampage made beats for Drizilik and Idris Elba “to go down low,”  he spent his childhood enchanted by the Oje (ojeh) music from the igbales of Lewis and Naiambana Streets.

“Even though I was intimidated by the oje, their music always called me out to the street. The percussion, the call and response, and the cultural display were unmatched! When I close my eyes, I can now play those melodies from memory.”

Music was also present at home. Rampage is as close to Salone music royalty as it gets. His maternal grandfather Ekaw Porter was the lead drummer of 70s Highlife sensation Afro National. They toured globally in their heyday with hits like King Jimmy, Sonjo, and Mother In Law. Rampage’s mother Rosaline Porter is also a vocalist. Back in the day, she was the lead Soprano in the 100 Voices Mass Choral at the British Council.

When he was 15, he started learning to play the keyboard at Heaven on Earth Ministries under the tutelage of Ernest Allan. The latter was also a member of the Ballanta Academy of Music. He noted Rampage’s interest and commitment to music and invited him to Ballanta.

“When I got there, I felt out of place. I looked down on myself because the people at Ballanta were advanced; many had studied music. The first time I heard Block Jones sing, my jaw dropped. I had never heard anyone sing with so much vocal technique.”

Founded in 1995, Ballanta is Sierra Leone’s only music and performing arts school. In addition to the orchestra, ballet, and gospel courses, it has an entertainment band made up of the academy’s finest musicians. It takes months, sometimes years, for the band to make room for new performers.

At Ballanta, Rampage learned three instruments. He plays the keyboard, bass and acoustic guitar, and percussion.

“There were seven keyboard players in the band. When I got my first chance to play, I gave it my all. On the first try, I made the band.

Rampage recalls seeing Drizilik perform for the first time during that period.

“There was an event at Alafia Point, and Ballanta Director Ernest Allan was the judge. Benji (Drizilik) had a hip-hop set. He did well, so Allan invited him to come to Ballanta. We didn’t play hip-hop music in the band, but I thought we needed to, so I ensured we got Benji to come.”

Drizilik went to Ballanta but had to wait a long time for an opportunity to open with the band. There was no guarantee he would get a spot on the band. Rampage says Drizilik was impatient.

“He suggested we practice on our own; myself, Benji, and Antonia Howard, now AYV news anchor. Eventually, Benji had a set at Ballanta’s Bafa Night, earning him a 30-minute hip-hop set on the academy’s band.”

The two musicians’ relationship grew from acquaintances to friends, and now Rampage says they’re as good as brothers. But beyond friendship, they have an ongoing musical collaboration.

Rampage spent four years at Ballanta. That’s where he honed the life-of-the-party on-stage persona now serving him as a DJ. When playing an instrument, he is high-energy, singing and dancing like he is “on the rampage’; that’s how he got his nickname. His progression from instrumentalist to music production came naturally. He has several hit collaborations, including “Issa Goal”, released in 2018; “I like Women,” and “Endless Love”.

He produced Drizilik’s two albums, Shukubly in 2018 and Ashobi, which came out earlier this month. While Ashobi has international producers from Ghana and Nigeria, Rampage brought the sound of Sierra Leone.

“With Ashobi, I tried to tap into the melodies in my head. The hunting, bubu, and oje music of my childhood.

The producer struggled to make indigenous Salone music when we started making the album in Ghana in 2019. But both Benji and I want to make music that sounds like home.”

Rampage made the music for “Ashobi”, “Hype”, “Fana Makit”, and “Awujo”, the four big Salone-sounding tracks on the album. He also served as its executive producer, overseeing the entire project from start to finish.

Rampage is self-assured and intentional both about the music he makes and his career as a DJ.

“I’m open to music from all over the world, but my goal is to sell the Sierra Leonean sound. Yes, afrobeats is the new wave, but when I’m making it, it needs a cultural identity with either a vocal sample or an instrument that is recognizably Salone.

Rampage is trying to change DJ culture in Sierra Leone when he is not making beats. Inspired by DJ Khaled and Neptune, he books gigs as a celebrity DJ.

“If others can make a living from Djing elsewhere, so can I. I’m the ‘Corporate DJ’. When I show up at a party to DJ, you get a producer with hit songs, an entertainer, and someone with a social media following.”

When Rampage arrives to DJ an event, he shows up dressed to the nines. He wears a suit. His dreadlocks are neatly pulled back. He says he is particular about his appearance because creatives, especially DJs, are often overlooked and underpaid.

Over the years, he has turned down attractive gigs because they tell him he is “too expensive”.

“It’s just that they’ve never paid a DJ that much. But I know my worth, and unlike those looking to make quick money, DJing is my profession.”

Rampage is currently in England, playing at club parties in London and Reading. Next is a set with Drizilik and Freetown Uncut at Freedom Festival in Hull. He’ll play multiple instruments over two days while DJing and doing what he does best––make music “on the rampage”.