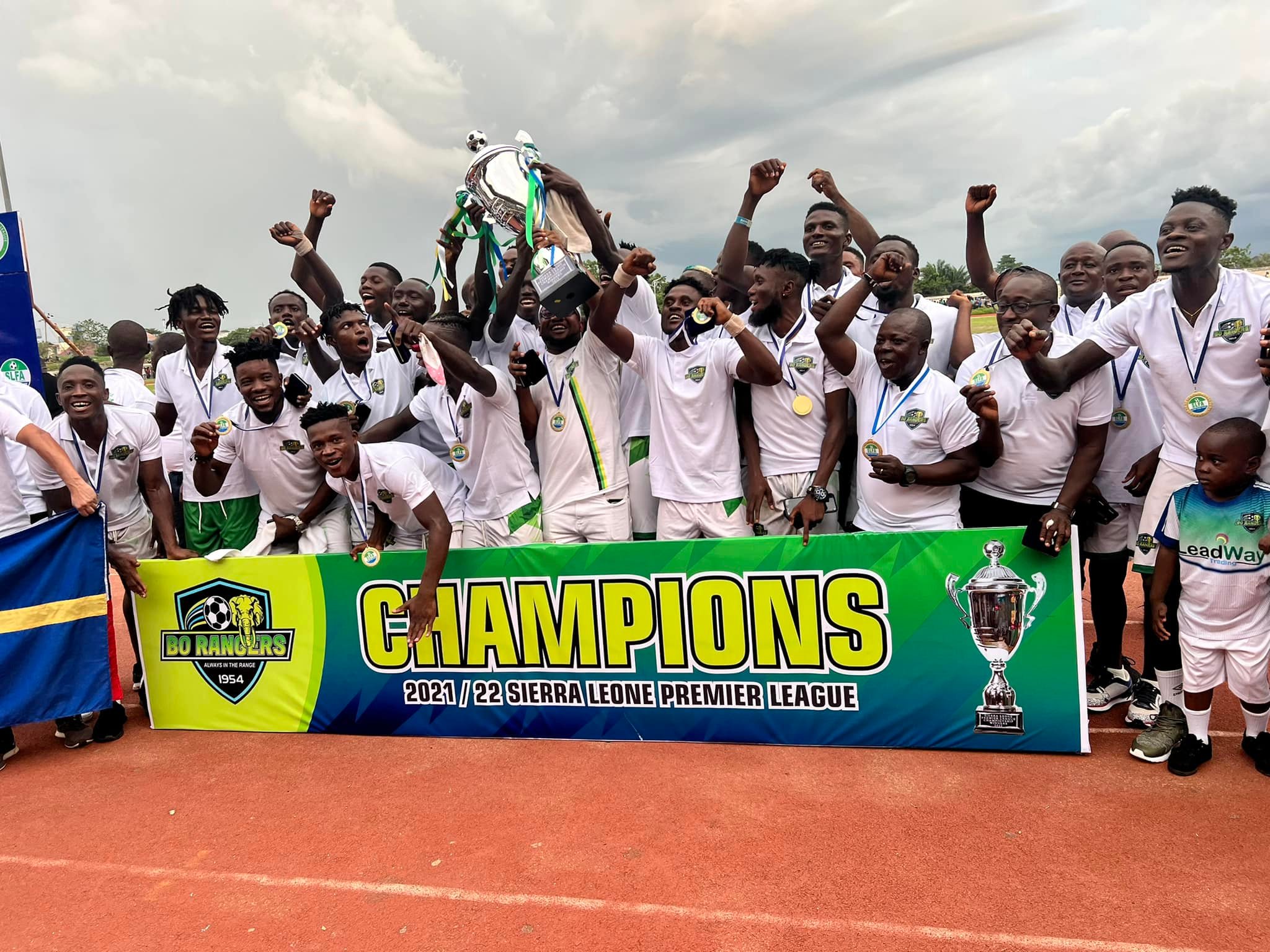 On Sunday, May 29, 2022, the champions were crowned at the Bo Mini Stadium after beating Central Parade FC by 4-0. However, this is their first league title since the club was founded in 1954.

The Rangers got 78 points after playing 34 games. They won 25 matches, with 6 losses, three draws, and 36 goal differences. Musa Kamara of Bo Rangers was awarded as the Best Striker, Best Player of the Season, and Highest Goal Scorer.

With their current coach, Jose Salomon, who also won Best Coach of the season, the Rangers went head to head with defending champions East End Lions for the title.

In the previous league, which was suspended due to the Covid-19 pandemic, Bo Rangers were topping the league with 23 points after playing 13 matches.