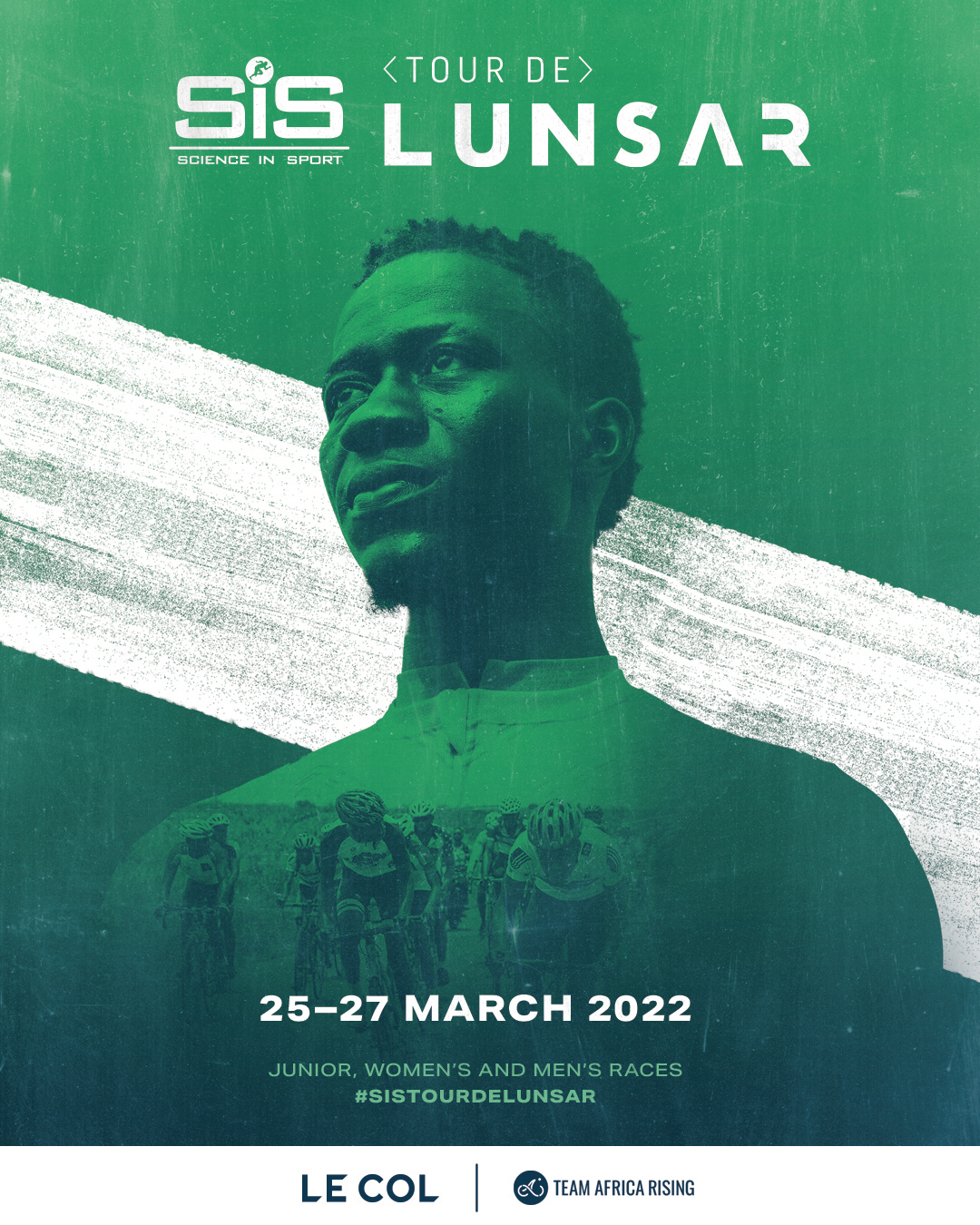 The seventh edition of Sierra Leone’s biggest cycling event, Science in Sports Tour de Lunsar will commence on March 25, 2022. The three days event will showcase the prestigious talents of Sierra Leonean cyclists as they connect, learn, and impart their knowledge to riders from around Africa and the rest of the world.

Starting at the National Stadium in Freetown, the race will consist of three stages and visit Makeni and Port Loko, and other local villages over the three days. Lunsar hosts the finish of all three stages and is also the home to the organizing club, the Lunsar Cycling Team. A race for women and junior competitors will take place the day preceding the Freetown departure and will follow stage three’s route.

On the starting day of the race,non-registered people are also encouraged to participate and ride along with whatever bike they have through the streets of Freetown.

“The Tour de Lunsar is important in Salone because it creates the platform and opportunities for young cyclists in Sierra Leone,” Kamara explains. “It is important because it gives Sierra Leone a good name internationally, especially for tourism. The Tour de Lunsar creates job empowerment, business opportunities for locals, and a positive feeling in the community,” he stated.

The 2022 race will be the biggest yet due to the prize incentives. “One of the things that makes it the biggest for this year is that we’re planning to put one on all the winner’s jerseys,” said Kamara. “This year we’re not only going to put cash prizes on team general classification and stage winner’s prizes, but we’re going to put cash prizes on individual jerseys winners and the leader’s yellow jersey too.”

Once again, the iconic Le Col yellow leader’s jersey will be awarded at the end of each stage to the leader in the overall classification. As well as the prize purse, with road cycling being a Commonwealth Games event, the participants will also be vying to catch the eye of the national selectors.

Last year’s winners were Sorie Koroma – the men’s category and Isata Sama Mondeh for the women’s category, the take-home prize was 600,000 Leones each.

For more information on the race, visit https://www.lunsarcycling.com.