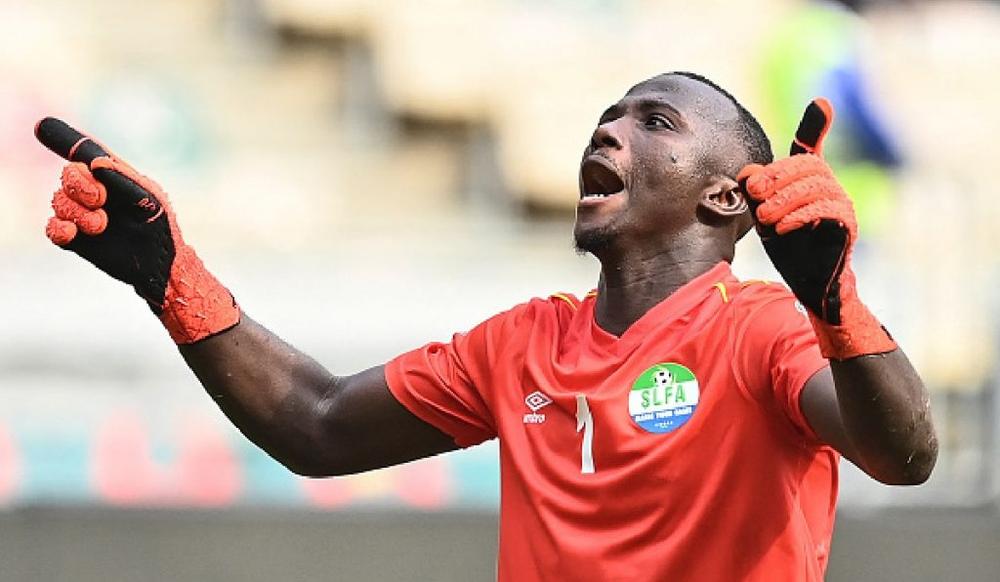 Mohamed Kamara, the Leone Stars goalkeeper who performed excellently in the 2022 Africa Cup of Nations has signed a two-year contract for Horoya Athletic Club in Guinea.

Prior to his signing for the Guinean side, Kamara, 23, played for East End Lions in the Sierra Leone Premier League. The goalkeeper who made his Africa Cup of Nations debut this year played a remarkable role for Sierra Leone in the tournament.

He was named Man of the Match in the match between Sierra Leone and Algeria on January 11, 2022, at the Japoma Stadium in Cameroon, after he put up a fearless display to help his side secure a goalless draw against one of the tournament’s favorites.

Moving forward, Kamara also saved a vital penalty kick against Ivory Coast that saw the Leone Stars hold the Ivorian side to a 2-2 draw at the Japoma Stadium. He was later rated as one of the top 40 players in the 2022 Africa Cup of Nations by Goal.

In the 2018/2019 season of the Sierra Leone Premier League, the stopper helped East End Lions to win the title in an unbeaten run. He has been named in the Sierra Leone squad for the 2023 African Cup of Nations qualifiers.