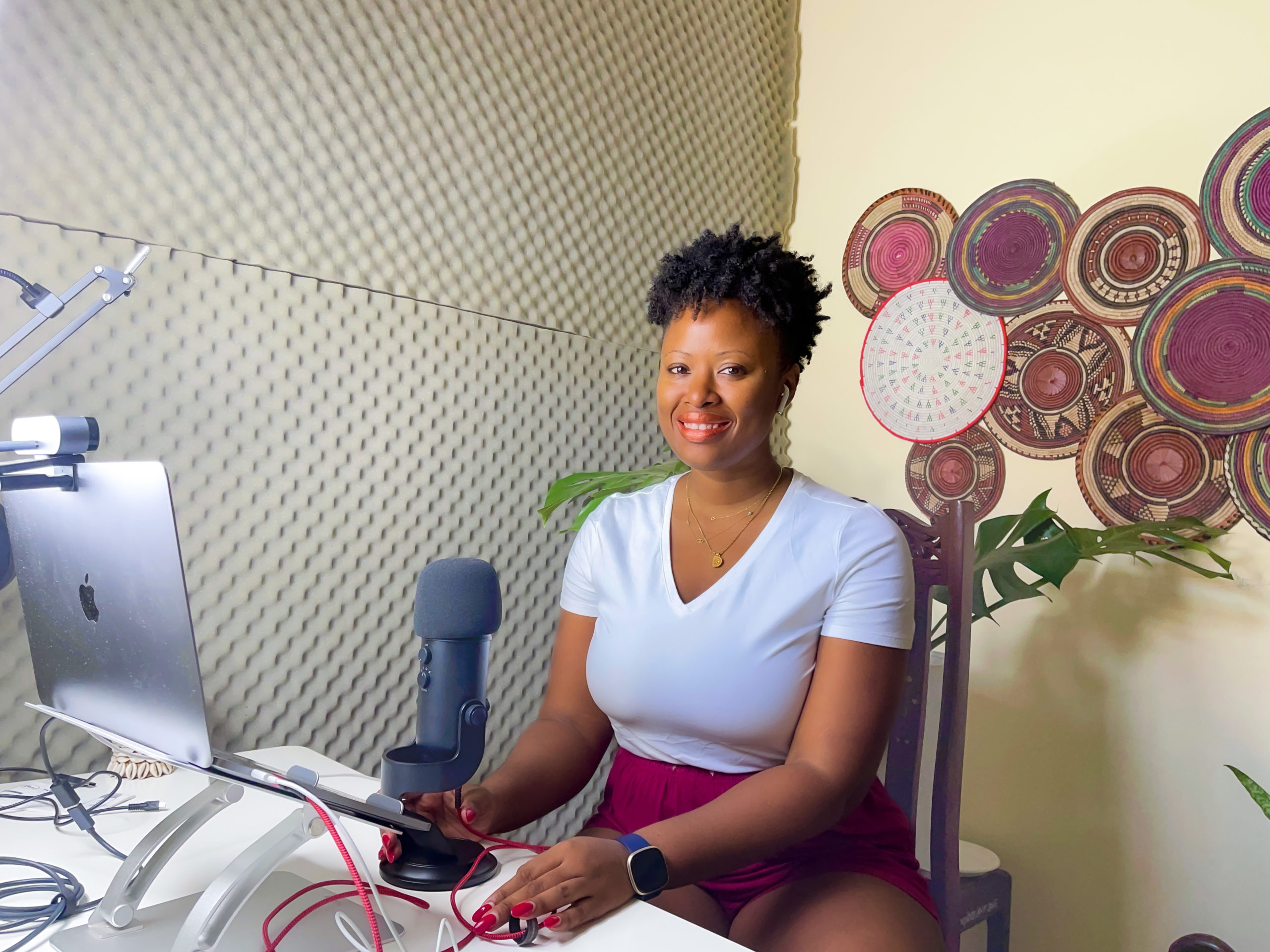 The first two episodes with the title “How Usifu Jalloh Became Sierra Leone’s Cowfoot Prince Part 1 & 2” is a coming-of-age story about a man afraid of the culture that comes natural to him.

For 25 years Jalloh was ashamed to accept his calling as a performing cultural artist and a Sierra Leonean storyteller.

“My initial experience as a Sierra Leonean young boy growing up was a process of actually denying myself and that is the craziest irony of living in Africa,” he said.

He tried to be a lawyer like his colonial Prince Walean education told him to be—find a respectable job like an Englishman. He wanted to be known for anything else but for African drumming and singing.

In this conversation with Vickie Remoe, Jalloh shares lessons for all creatives and insights on how Sierra Leoneans can use culture to change the nation’s approach to development.

“The purpose of Fourah Bay College was not to build a nation of Sierra Leone, it was to provide servants for the colonial administration, so they had to put something in place in order to retune our mindsets to serve the colonial system directly or indirectly. Where was Athens when Sierra Leone made the nomoli dated 19 thousand years ago, we had a civilization here in West Africa when Athens was nowhere to be seen, and how could we be calling ourselves Athens of West Africa and that is part of the negating of who we are no wonder we struggle so much.”

A radio broadcast of the #MakeSierraLeoneFamous goes out Wednesdays at 11:00am GMT on Radio Democracy 98.1 to reach listeners across the country who don’t have access to the internet. Online the podcast is available on Itunes, Spotify, Audiomack, Anchor, and Google Podcast.