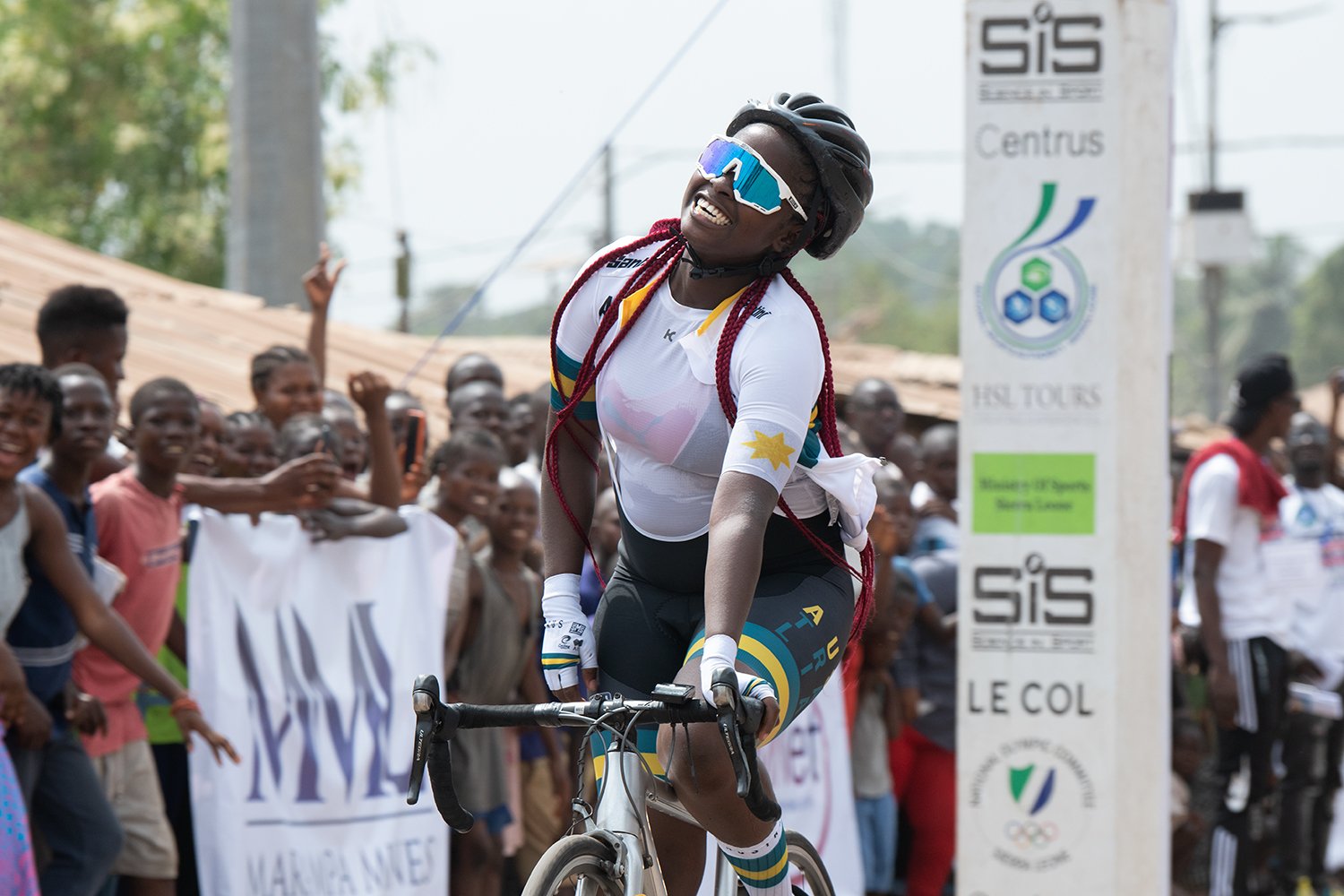 The 7th edition of Sierra Leone’s biggest cycling event “Tour de Lunsar” have been completed over the weekend. The three days event started on March 25, 2022, and comprises four stages that showcase the best of Sierra Leonean cyclists as they connect and learn with other riders from across Africa and the rest of the world.

This year’s event started with the junior and women’s races raced from Lunsar to Port Loko and back. Deborah Conteh of the Lunsar Cycling Team won the women’s race and Ibrahim Kamara won for the junior category. Stage one of the event saw riders riding about a 118.5km route from Freetown to Lunsar and the winner of the race was Osman T. Kalokoh.

The overall winner of this year’s event is Ibrahim S. Jalloh of the Lunsar Cycling Team, as he took the LeCol Yellow jersey for the first time.

Scenes from the Junior and women’s race.

Scences from stage one of the event.

Scenes from stage two of the event.

Scenes from stage three of the event.