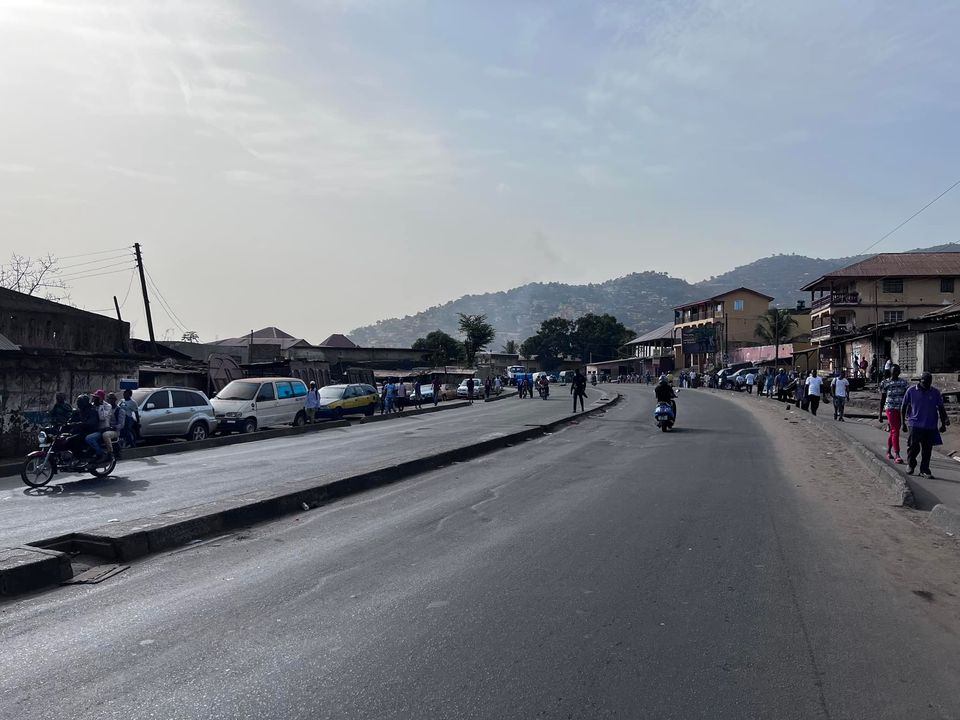 Public transport operators across Freetown, the capital city of Sierra Leone are embarking on a strike action to protest against the high cost of fuel which saw a 50 percent increase recently.

The streets of Freetown which used to be crowded with vehicles are currently empty and people are walking to the offices, businesses, and school. According to a social media post by BBC reporter, Umaru Fofanah, the Drivers Union president states that the shortage of diesel fuel is seriously affecting their members as many of their vehicles consume black oil.

However, Sierra Leone has experienced a rapid increase in the price of petroleum products within the last one month and long queues have been seen in gas stations. The Chief Executive Officer of NP Sierra Leone, Kobi Walker said that as a result of the conflict between Ukraine and Russia they are unable to purchase new products, as over 56 percent of the diesel consumed in Africa is from Russia. He also states that the unavailability of foreign currency is a big problem.

Chaotic scenes have been witnessed across different communities in the city, as youths are blocking roads with burning tires, forcing drivers to return home and the police are firing tear gas to disperse them.

The head of public relations in the Sierra Leone Police, Assistant Commissioner of Police, Brima Kamara in a radio interview has condemned the act of sit-down strike and roadblock and says the decision of the Police to use tear gas is approved and it’s a dispersal method. He ended by sending a warning message to all the youth engaged in these illegal acts by saying the police will arrest anyone caught in the act of disturbing public peace.

There has been no statement from the Ministry of Transport addressing this issue.